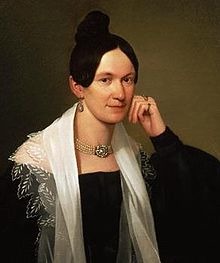 Nothing stokes the fire of adolescence and the enormous physical and psychological changes that occur during the teenage years quite like the teenage girl and/or boy next door. Franz Schubert spent his formative years in Lichtental, the ninth district in Vienna, and the girl next door was Therese Grob. She was 18 and Schubert only a year older, and the hormones supposedly went crazy! Her parents owned a small silk factory not far from the Schubert household, and young Franz was a frequent visitor to the house. Therese was described by one of the first Schubert biographers as “by no means a beauty, but well-built, rather plump and with a fresh, childlike round face and a lovely soprano voice.” There can be no doubt that Schubert was infatuated with Therese, and the composer’s friend Anselm Hüttenbrenner recalled a conversation in which Schubert had said, “I loved someone very dearly and she loved me too. For three years she hoped I would marry her; but I could not find a position which would have provided for us both.” 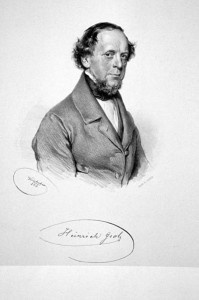 Schubert apparently referred to Therese as “not exactly pretty and with a pock-marked face, but a heart, a heart of gold.” And what is more, she had a beautiful soprano voice. Schubert’s first complete Mass setting was composed entirely with Therese in mind, and she sang the soprano solo at the premiere of the Mass in F, D. 105 at the Lichtental parish church, while Schubert conducted the performance. In addition, Schubert compiled 17 songs at various times during 1816, which subsequently became known as the “Therese Grob Album.” The term “album” is somewhat misleading, as the collection does not describe the chronological order of composition. Therese later told Schubert’s first biographer, that “Süsse, heilige Natur,” (An die Natur), which appears as the third song in the collection, was the first song she ever saw. Three of the songs were expressly written for Therese, as no other manuscript copies exist. The remaining 14 are copies that Schubert made for Therese; however, he also made copies for his other friends.

We are not entirely sure that Schubert actually wanted to marry Therese Grob, as he supposedly told his friend Hüttenbrenner. Schubert was employed as a teacher at his father’s school and desperately wanted to devote himself exclusively to music.
As such, he applied for the post of music teacher at a training college in Ljubljana in April 1816. Eventually his application was rejected, and he therefore could not get around a Marriage Consent Law that expressly forbade marriages by men in Schubert’s class if they could not verify their ability to support a family. Schubert might conceivably have used his financial predicament to gain distance from Therese. Therese later suggested that she had no idea that Schubert was in love with her, and she married the master baker Johann Bergmann at the Lichtental church in 1820. Yet, there might be a twist to this story. Schubert also composed music for Therese’s brother Heinrich, two years his junior. Heinrich was a talented pianist and violinist, and the violin sonatas op. 137, published posthumously, were almost certainly composed for Heinrich Grob!