Playlists
Most Popular Classical Pieces of Music in 2020
by Hermione Lai November 17th, 2020 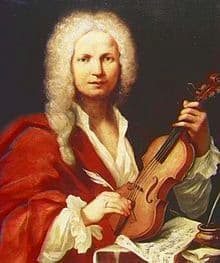 I am sure you have noticed already, but it is getting really difficult to find your way around classical music these days. That particular musical world is full of influencers and marketing specialists that are happy to tell you exactly what you should think. And every orchestra, performer, and soloist is the best of the best in the world and even the entire universe. That kind of super hype is really pretty exciting, but how can we really find out what are the most popular classical pieces of music in 2020? Of course we could try to check on all the likes on Facebook and YouTube and countless other social media sites and platforms. But that is really way too complicated, so it seems that the only reliable way of judging the popularity of a classical piece of music is to look how well it sells. And that’s exactly what I have done. I have looked at ITunes, Amazon and other music download sites and compiled that data, in no particular order, into a list of the most popular classical pieces of music in 2020.

And at the head of the class is one of the all-time favorites, Vivaldi’s Four Seasons. 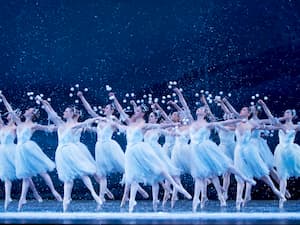 Growing up in Hong Kong, Christmas without Tchaikovsky’s Nutcracker just wouldn’t have been Christmas. My parents took me to performances by the Hong Kong Ballet every year, and it always was, and still is, a magical world. Based on a German Romantic story set to music by a Russian composer and first brought to stage by a French choreographer, it is a wondrous world of Christmas trees, toys, and snowflakes. It has been called “a feel-good ballet to perform,” and Tchaikovsky’s music is described as “astonishingly rich in detailed inspiration.” It is no surprise that the music to Tchaikovsky’s Nutcracker is one of the most popular classical pieces of music in 2020. Christmas is just around the corner, but in 2020 we probably have to watch last year’s performance on the Internet. It really is a sad state of affairs. 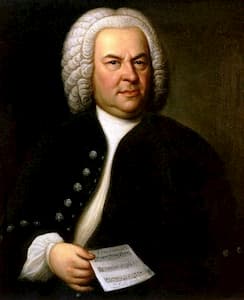 I am sure you won’t be surprised to find the music of Johann Sebastian Bach among the most popular classical pieces of music in 2020. Many listeners seem to really enjoy the Bach Violin concertos, and they are a beautiful and very emotional introduction to classical music. Bach was director of a small voluntary performance group in Leipzig that included professional musicians and university students. The group gave regular weekly concerts, and Bach composed orchestral suites, flute sonatas and violin concertos for the ensemble. Bach must have been a pretty good violinist, because he personally played the solo part. Even in difficult times, Bach’s music is wonderfully uplifting. 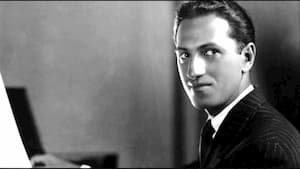 The son of poor Jewish immigrants, George Gershwin became world famous with his Rhapsody in Blue. Several million copies of the recording sold within a couple of years. And even in 2020 it is still one of the most popular pieces of classical music. Gershwin claimed to have composed “a sort of musical kaleidoscope of America, of our vast melting pot, of our unduplicated national pep, of our blues, our metropolitan madness.” It’s always fascinating to hear how Gershwin combined elements from classical music with jazz influences. In a way, he was one of the first crossover artists, and his music has remained highly popular throughout the ages. 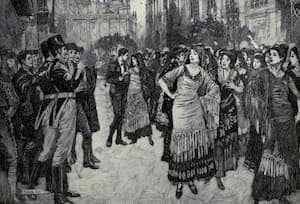 In the world of opera, there is no stronger woman than George Bizet’s Carmen. She is the most intelligent person in the story, manages to free her husband from jail, and organizes all the business transactions of the band of smugglers. She is smart, brave, resolute, independent, and exotic. Above all, she is obsessed by her physicality and her beautiful body. Although she is a prostitute, she is really only interested in having sex for the sake of physical closeness, and not for getting money. A feminist musicologist has written, “Carmen’s powerful sexuality engenders a sense of male inadequacy, and it is one of the reasons why the character has to be punished and killed at the end of the opera.” And Carmen get’s some of the most seductive music ever written. Nothing get’s those hips moving like her “Habanera,” and it ranks as one of the most popular classical pieces of 2020. 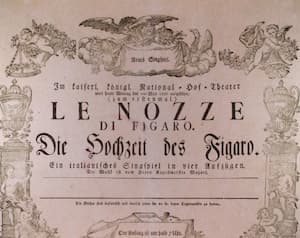 Original poster of The Marriage of Figaro

For me, it is difficult to understand why Mozart had such a difficult time finding acceptance during his lifetime. Maybe it’s because he was dealing with a lot of mediocre and jealous people. When he conducted the first performance of his Marriage of Figaro, somebody had paid hecklers to disrupt the performance. A local newspaper reported, “I heard many a bravo from unbiased connoisseurs, but obstreperous louts in the uppermost balcony exerted their hired lungs with all their might to deafen singers and audience alike with their St! and Pst!, and consequently opinions were divided at the end of the piece.” All jealousy aside, Mozart is probably the most naturally gifted composer of all time, and the overture to this opera is still one of the most popular pieces of classical music in 2020. 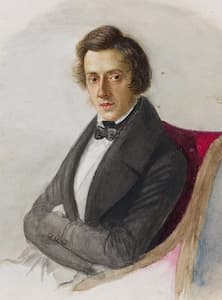 Frédéric Chopin spent many Sunday afternoons at lavish salons hosted by the rich and famous in Paris. He really enjoyed these musical gatherings, as he met many attractive women with plenty of money and lots of free time. And he also knew that they would pay large fees for the privilege of taking piano lessons from him. His personal performances prompted the following description “He played intimate music, serious, like we love. He is not a virtuoso who just plays and disappears; he is an artist endowed with so much talent! As admirers we harass him to a play our favorite tunes over and over again, and he full of grace, generously repeats these beloved phrases.” Chopin became the center of a circle of female admirer who developed a great passion for music. Sometimes they would become his lovers, and Chopin in turn, dedicated musical jewels to them. In 2020, these pieces are still among the most popular classical music selections.

Gustav Holst: Jupiter from The Planets 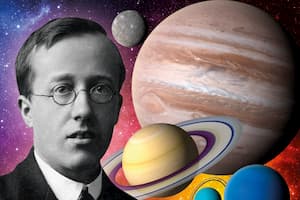 2020 has so far turned out to be a very challenging year. When Gustav Holst worked on his Planets, he also experienced a very tumultuous time in history. With all the signs pointing towards a coming war, Holst wanted to portray Earth’s neighbors in the solar system. The pieces were suggested by the astrological significance of the planets, and they made Holst famous. But there was a catch. Holst did not want to be famous and he was happy to be just a simple composer. Suddenly he was in great demand, and the press was haunting him for endless interviews and public appearances. He was so exhausted that he once fell from the conductor’s podium in 1923. His music is very powerful indeed, and Jupiter is one of the most popular classical music pieces of 2020. 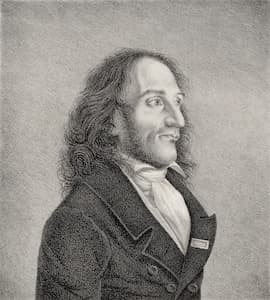 Niccolò Paganini turned the world of music on its head. He was brilliant at self-promotion, and he made up all kinds of funny rumors. He even told the story that he had sold his soul to the devil in exchange for his great skills in playing the violin. During his performances, “his eyes would roll into the back of his head while playing, revealing the whites. He played so intensely that women would faint and men would break out weeping.” Then as now, the press just loved a good story, and he was accused of being a gambler, women beater and worse. But his influence on music and musicians was timeless and is ongoing, as you can easily tell if you browse YouTube and other video platforms. It’s no surprise that the Paganini Caprices are among the most popular classical music pieces of 2020. 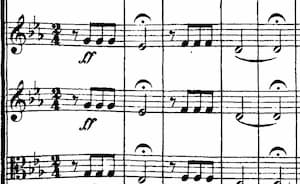 The most famous opening in a piece of classical music surely belongs to Beethoven. The “short-short-short-long” motive gave that piece the nickname “Symphony of Fate.” A contemporary heard “radiant beams of light, gigantic shadows rocking back and forth, and an endless longing.” Strangely, Beethoven really wasn’t particularly depressed when he composed this piece, as he simultaneously worked on the very uplifting “Pastoral” symphony. What is really fascinating about the 5th symphony is the combination of drama and psychology. Beethoven really changed the face of music forever, and this symphony is one of the most popular pieces of classical music of all time.

So there you have it, 10 of the most popular pieces of classical music in 2020. Maybe next time we have a look at the hottest classical and crossover performers of the year; please stay tuned.