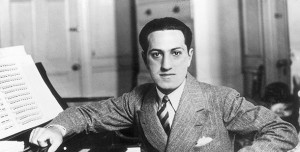 There are a number of celebrated anecdotes going around that George Gershwin habitually asked famous composers to give him lessons. Apparently he wanted composition lessons from Edgard Varèse, leader of the New York musical avant-garde. Although Varèse acknowledged Gershwin’s talent, he nevertheless turned him down as a student. “I can’t help you, Varèse replied to the Gershwin, “We’re going in different directions. We have nothing in common musically.” We have no clear details about Gershwin’s requests for composition lessons from Schoenberg, Bloch, and Toch, however, he did approach Maurice Ravel in 1928. Ravel had arrived in New York and participated in a concert presenting his new works. Gershwin was in the audience, and over the next couple of months, Ravel attended several concerts of Gershwin’s music. Gershwin and Tansman even took Ravel to the Savoy Ballroom in Harlem to hear jazz. On the occasion of Ravel’s 53rd birthday, Eva Gauthier hosted a dinner party and Gershwin performed selections of his work. According to the hostess, “Gershwin’s playing left Ravel dumbfounded. The thing that astonished Ravel was the facility with which George scaled the most formidable technical difficulties and his genius for weaving complicated rhythms and his great gift for melody.” 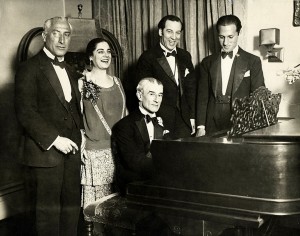 At that particular party, Gershwin asked Ravel about studying with him in Paris. Ravel declined, saying, “Why should you be a second-rate Ravel when you can be a first-rate Gershwin?” Instead, Ravel suggested that he should study with Nadia Boulanger, and the very next day wrote her, “There is a musician here endowed with the most brilliant, most enchanting, and perhaps the most profound talent: George Gershwin. His worldwide success no longer satisfies him, for he is aiming higher. He knows that he lacks the technical means to achieve his goal. In teaching him those means, one might ruin his talent. Would you have the courage, which I wouldn’t dare have, to undertake this awesome responsibility?” When Gershwin arrived in Paris, he quickly arranged to meet Boulanger. Apparently, Boulanger had become a fan of Gershwin’s music, but in the end decided against accepting him as a student. “I had nothing to offer him. He was already quite well known when he came to my house, and I told him what I could teach him wouldn’t help him much.” According to a Boulanger student, “she turned him down because he had a natural musical talent that she wouldn’t dare disturb for anything.” 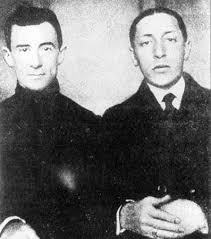 During his 1928 stay in Paris, Gershwin also visited Jacques Ibert and wanted to study orchestration with him. Ibert was surprised and “had trouble imagining that a musician of his quality would need advice.” Gershwin explained that he really wanted to write “serious music,” and when he played some of his more recent compositions Ibert recalled, “I was dazzled by his prodigious technique and amazed at his melodic sense, at the boldness of his modulations, and by his audacious and often unexpected harmonic inventions.” Although they looked over Gershwin’s scores the next day, Ibert advised him that he would not bother with any kind of instruction. It was around the same time that Gershwin approached Igor Stravinsky about lessons. At a party, Gershwin entertained the guests by playing his Rhapsody and some of his show tunes. Stravinsky recalled, “None of the music interested me.” At that very same party, Gershwin inquired about lessons and Stravinsky asked him how much he made. Upon hearing “a hundred thousand dollars a year—maybe two hundred thousands,” Stravinsky responded, “Well then, in that case perhaps it is I who ought to study under you!” An eyewitness corroborated this famous anecdote, but Stravinsky in later years dismissed it as sheer fabrication, “A nice story but I heard it about myself from Ravel before I met Gershwin.” Gershwin apparently continued his search for guidance by approaching Alexander Glazunov, but could not convince the Russian composer either. Gershwin usually made his request for lessons at some fancy party where he had dazzled everyone at the piano. Although he might have thought that he was being polite, unsympathetic ears might have judged it to be somewhat disingenuous. And recently, a Gershwin biographer has tracked down the sources of these stories and found that they all lead back to the Gershwin family, suggesting that the composer “had floated them himself.”

George Gershwin: An American in Paris