Opinion
Slowly, and with feeling
by Frances Wilson November 5th, 2017 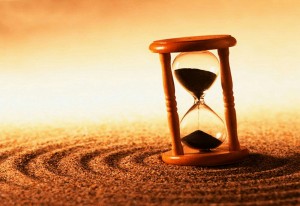 The opening track of pianist Lucas Debargue’s debut album is a fleeting sonata by Scarlatti (K 208). It’s a miniature miracle of control, voicing and expression, its emotional impact helped in no small part by the pianist’s choice of tempo and tasteful use of rubato. Here and there he lingers over the more piquant harmonies or intervals, creating delicious moments of suspense and delayed gratification.

It’s a wonderful opener to a fine debut disc, and the tempo (speed) of the piece has the effect of drawing the listener in, encouraging concentrated engagement with music and performer. In a live performance, opening a concert with a slow or slower work can have a very special effect on the audience: it causes them to focus on the music, to listen intently.

Lucas Debargue/Scarlatti: Keyboard Sonata in A Major, K.208/L.238/P.315
Tempo can have a profound effect on the way we respond to music. Upbeat or rapid music can raise the heart rate, blood pressure and skin response, making us more excited, more alert (why else do people choose fast-paced music as the soundtrack to exercise such as running or cycling?). Conversely, slow music is often used for meditation or relaxation because it has the effect of slowing the heart rate which makes us feel more calm. Listeners, especially the non-specialist listener, will normally equate slowness in music, particularly in classical music, with seriousness or more profound emotional content, and a performer’s choice of tempo can deliberately lead the listener into a particular emotional realm.

Some well-known works now seem to come with “standardised” tempi which have been set in stone by certain performers, critics, teachers, recordings, scholars, fashion and so forth. Take the Marche Funèbre from Chopin’s Piano Sonata No 2, for example: more often than not this is played as a ponderous Lento which immediately evokes (for those of us of a certain age) the passing of Soviet leaders. It’s sombre and gloomy, but if the tempo is increased very slightly, in the right hands it becomes majestic and proud, the contrasting Trio lyrical and eloquent. Similarly, the funeral march from Beethoven’s Piano Sonata, Op 26: this is actually marked Maestoso (“majestic”) and too plodding a tempo will rob the music of its heroic grandeur (and Beethoven is quite specific in his marking in the score that this movement is a funeral march on the death of a “hero”).

I wonder whether audiences have received notions about the speed of certain works, notions which are perhaps inculcated in them by certain acclaimed pianists, critics, and benchmark recordings where a not inconsiderable “bending of the rules” of the score has taken place and a new standard way of performing the work is thus established and acknowledged by many to be the “right” way (the subject for a future article)? A concert pianist colleague of mine told me that during his performance of the second movement of Schubert’s Piano Sonata in A, D959, which he chooses to play at a tempo in keeping with the composer’s marking of ‘Andantino’ – a member of the audience whispered audibly “too fast!” A quick comparison of recordings of this movement from noted performers reveals a broad range of tempi, from a funereal 8’49” to a positively lilting 6’33”.

Perhaps one of the most extreme examples of tempo “rule bending” comes from the great Russian pianist Sviatoslav Richter in his reading of the first movement of Schubert’s G major Sonata, D894, where his interpretation of the Molto moderato tempo marking really pushes the boundaries of what is understood by the term “moderato”. Moderato usually means “not rushing or dragging” and Schubert often uses the German marking “mässig” in relation to Moderato, which implies the calm flow of a measured allegro. Coming in at 25 minutes (the length of an entire Beethoven piano sonata!), Richter’s version is not rushing anywhere! For some this Moderato-verging-on-Adagio is far too slow, but there is, for me, something about the concentrated, meditative yet expansive quality which Richter brings to it which convinces. Not everyone can pull it off, and most pianists prefer a walking pace Moderato. In the right hands, the first subject of the movement retains some of the same qualities which Richter brings to it. Here is Sokolov, where his treatment of the dotted rhythms brings a lightness and dance-like quality to the first subject: