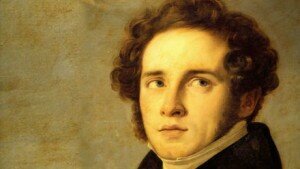 Clara Schumann wrote in her diary, “A woman is not expected to have any desire to compose.” However, she clearly had the desire, and more importantly, the ability to do so. For a variety of reasons she decided to stop composing after the death of her husband Robert. Yet, despite bringing up eight children, taking care of a sickly husband and performing all over Europe, Clara composed a substantial number of works. Among them are a series of highly virtuoso piano compositions written for her personal concert performances. 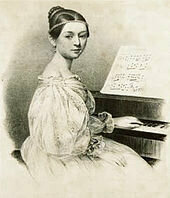 In the 1830’s it was virtually impossible to escape the influence of Vincenzo Bellini. Critics were raving about his music, and the 17-year-old Clara completed her set of Variations de Concert sur la cavatine du Pirate de Bellini, Op. 8 in 1837. She wrote in her diary, “Spontini thinks the world of me; I had to play for him for two hours and he was entirely delighted, most of all with my Variations which he has now heard three times.” Her future hubby Robert Schumann was not as complimentary, as he publically railed against the virtuosos and their “bungling, mediocre variations on vulgar and hackneyed Italian themes.” 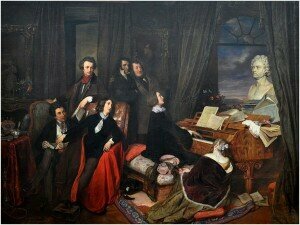 With his opera Norma, Vincenzo Bellini created an extraordinary fusion of sublime melody, vocal challenge, and dramatic power. It all centers on the title role of Norma, a powerful woman who compromised her ideals for love, only to find herself betrayed by her lover. Gustav Mahler confessed that he was unable to listen to Norma without tears, and Richard Wagner was so carried away during the final scene that he was sure the opera had been written by God! Surprisingly, Franz Liszt appeared not to have been a great fan of Bellini, describing him as “a fair haired, weak, womanish, poor-spirited man with the seeds of consumption in him; with elegant laissez-faire and with melancholy grace of his whole mental and bodily outfit.” This did, of course, not prevent him from taking advantage of Bellini’s enormous popular appeal. As such, he crafted a number of works that placed Bellini squarely at the center of his musical universe. His Reminiscences de Norma is neither a transcription nor a close paraphrase, but a fantasy piece that weaves together seven different themes from the opera. Written in 1841, it is dedicated to the virtuoso pianist Marie Pleyel, a member of the famous piano manufacturing family, who had begged him for a technically challenging work. 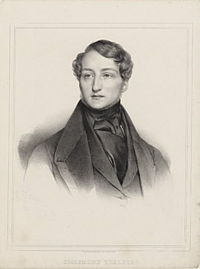 The Parisian press of the 1830s was instrumental in igniting the acrimonious rivalry between Sigismond Thalberg and Franz Liszt. Both pianists quickly gained celebrity endorsements, with Berlioz becoming a champion of Liszt and Fétis broadcasting the achievements of Thalberg. Liszt’s mistress, the Comtesse Marie d’Agoult published under Liszt’s name a scathing attack on Thalberg in the Revue et Gazette musicale. That particular article angered many of Liszt’s colleagues, and Fétis retaliated in equally offensive terms. Somewhat surprisingly, Thalberg gained glowing endorsements from Clara and Robert Schumann. The couple entertained Thalberg in Leipzig in 1841 and Clara notes in her diary, “On Monday Thalberg visited us and played to our delightment beautifully on my piano. An even more accomplished mechanism than his does not exist, and many of his piano effects must ravish the connoisseurs. He does not fail a single note, his passages can be compared to rows of pearls; his octaves are the most beautiful ones I ever heard.” 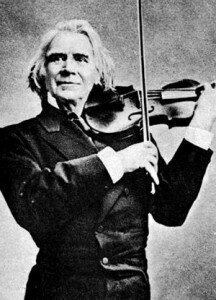 One of the greatest 19th-century violinists and a central figure in Norwegian music, Ole Bull (1810-1880) played thousands of concerts in Europe and America. “The Nordic Paganini” also fought for the political autonomy of Norway, which had been unified with Sweden at the end of the Napoleonic Wars in 1814. Political engagement aside, Bull became highly active in his quest to preserve true Norwegian art and to establish a Norwegian national theatre. He founded the Norwegian Society for the Advancement of the National Element in Art and Literature, and the integration of Norwegian folk dances into his concert programs raised international awareness. And in a great publicity stunt on the occasion of his 66th birthday, he played his Et saeterbesøg (The shepherdess) from the top of Cheops pyramid in Egypt! According to Edvard Grieg, “Ole Bull was the first and the greatest celebration in the life of the people. He gave us self-confidence, the greatest gift that could be given us at that time.” Few of his compositions were published, but that fortunately includes a delightful set of variations on a theme by Bellini.

Ole Bull: Fantasy and Variations on a theme by Bellini