Robert Schumann spent the last two-and-a-half years of his life in a private psychiatric hospital in Endenich. His medical records were discovered in 1991, and first published in 2006. They contain daily entries documenting treatment—including shielding from stimuli, physical procedures, and a dietary regiment—for what was first described as “melancholy with delusion.” The feared, actual diagnosis, a “general (incomplete) paralysis, becomes a certainty in the course of the paranoid-hallucinatory symptoms with cerebro-organic characteristics and agitated states, differences in pupil size, and increasing speech disturbances.” Doctors suspected that syphilis had been the underlying cause. His wife Clara, and the circle of friends around Brahms and Joachim cared intensively for Robert, and on the night of 17 February 1854, Robert noted down a melody. “It was his fixed belief,” Clara wrote in her diary, “that angels were hovering around him offering him the most glorious revelations, all this in wonderful music; they called out to welcome us, and before the end of the year we would be united with them.” This tune, as it turns out did not come from the angels, but rather from the slow movement of Schumann’s Violin Concerto for Joachim. In the event, Brahms took up this theme, and after Schumann’s death, created his own set of variations. Great melancholy resounds in the fundamental thematic material, yet the work is led to a triumphant gesture in the closing variation.

Johannes Brahms: Variations on a Theme by Robert Schumann, Op. 23 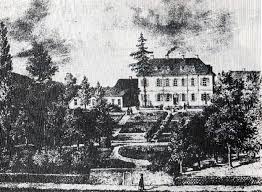 Schumann’s 3rd Piano Sonata exists in three versions that differ considerably from each other. The Concert pour Piano, as it was originally called, emerged in Leipzig in 1836. Cast in 5 movements, it was written during a difficult time as Schumann was separated from Clara at the insistence of her father. In the very same year, Schumann published a three-movement version of the work, omitting both Scherzi, with Haslinger in Vienna. The final version appeared with the Hamburg publisher J. Schuberth, who asked Schumann to reinstate a Scherzo to bring the work in line with the classical four-movement outline. Schumann also changed the title and called it Grande Sonate. At the heart of the work, regardless of version, is an “Andantino” with variations on a theme by Clara Wieck. Franz Liszt was a great admirer of this sonata, and Johannes Brahms gave the first public performance of the work six years after Schumann’s death. Surprisingly, Clara never scheduled this sonata for her own performances.

Robert Schumann: Variations on a Theme by Clara Wieck, Op. 14 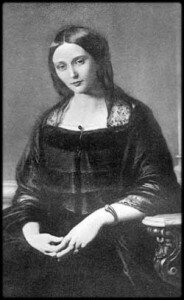 Schumann’s Impromptus on a Theme by Clara Wieck, Op, 5, appeared in 1833. The theme was taken from Clara Wieck’s Romance variée, dédiée à M. Robert Schumann. As Robert wrote to Clara, “May the union of our names in the title be that of our views and ideas for future times.” That union is also musically represented, as the work presents a set of variations on two themes. The opening bass line is by Schumann himself, with Clara’s theme gradually added and developed. Schumann wrote, “Unconsciously, an idea often takes shape alongside musical fantasy, alongside the ear is the eye, and this, the ever active organ, between one sound and the unfolds, and develop into clear shapes. It seemed as if all kinds of flowers and Gods were coming out of my fingers.” Robert revised the composition in 1850, omitting the 11th variation and replacing the fourth with a new variation.

Robert Schumann: Impromptus on a theme of Clara Wieck, Op. 5 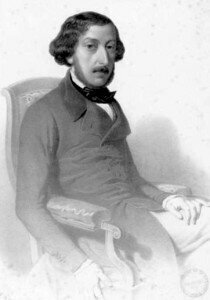 Stephen Heller (1813-1888) hailed from the Hungarian town of Pest but was sent to Vienna to study with Carl Czerny. By 1828, Heller was part of the traveling virtuoso concert circuit, and with the active encouragement of Robert Schumann, he found a publisher in 1836. In fact, Heller was enlisted as a contributor to the Neue Zeitschrift für Music as one of the “Davisbündler” (Member of the League of David). Schumann praised Heller “for his natural emotions and the clarity of expression.” He compared the feeling aroused by his music to the strange aspect “of otherwise definite figures in the half-light of dawn.” Heller was a prolific composer, but his reputation as a composer primarily of studies became so entrenched that he had difficulty in gaining recognition for his other music. This is rather unfortunate, as his later works feature rich harmonic progressions that mingle major and minor mode, paired with angular and wide-ranging melodies exploiting the full range of the keyboard. If you don’t believe me, take a quick listen to his Variations on Schumann’s “Warum” (Why) from the Fantasiestücke Op. 12.

Stephen Heller: Variations on a Theme of Robert Schumann, Op. 142