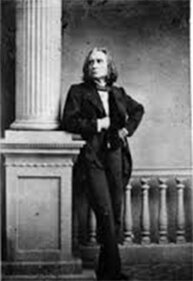 A number of historical documents preserve an amusing little anecdote about Franz Liszt’s visit to the Ottoman Empire in 1847. It basically reads as follows: “After a 54-hour long trip from Galatz, Liszt had at last reached Constantinople. Here, he at first experienced an inconvenient surprise: when he introduced himself as the piano virtuoso Liszt, he was arrested. He was deemed an impostor, because an artist by the name of Liszt had already performed a few days before. However, that had been a certain Herr Listmann, who had impersonated the famous virtuoso, in order to enrich himself.” 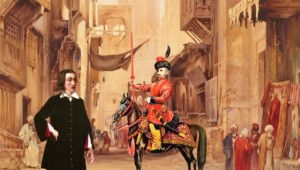 This entertaining bit of folklore was at least partially influenced, and certainly propagated by a letter Liszt wrote to his cousin Henriette in 1884, “Concert givers have frequently misused our name by playing under it in provincial towns. A pianist in Constantinople, Herr Listmann, apologized to me for having knocked off the second syllable of his name. On this account he received a valuable present from the Sultan Abdul-Medgid.” 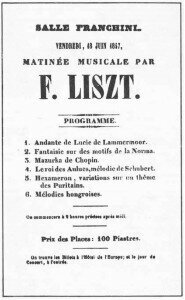 The “Herr Listmann” in question actually turns out to be the pianist Eduard Litzmann, and he did perform with the Sultan’s orchestra a few weeks before Liszt’s arrival. According to a report from 5 January 1847, “The German Tonkünstler and man of letters Eduard Litzmann, who is visiting the Orient in order to complete a substantial work on the history of music and national music, was introduced during his stay in Constantinople to the Sultan Abdul-Medgid. Upon the recommendation of the Grand-Vizier, the Sultan had accepted the dedication of several pianoforte pieces, composed for the Sultan by Mr. Litzmann, and had thereupon had him invited to the Tcheragan palace for the evening of December 29th. Besides his own compositions, the artist also performed pieces by Thalberg, Liszt and Döhler.” 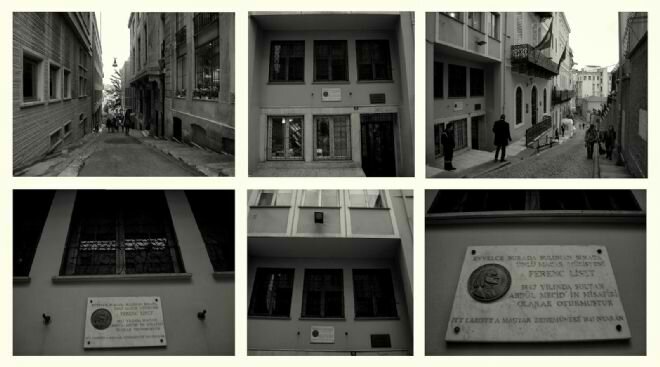 By all accounts, Litzmann was a highly respected artist, and it is unlikely that he would have tampered with his name in order to gain notoriety. Litzmann departed Istanbul at some point after 13 May 1847, and Liszt arrived on 8 June, so it is highly unlikely that the two pianists actually ever met each other. In addition, Liszt reports that as soon as he had arrived, Donizetti “was to take me to the Sultan’s Palace of Tcheragan.” As such, the account of Liszt’s arrest is almost certainly not historically accurate, but it’s a great story nevertheless; don’t you think?