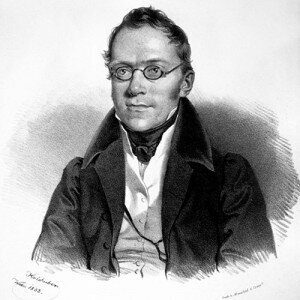 Here is what Robert Schumann had to say about Carl Czerny’s Fantasies Brillantes on Original Themes Op. 434, “A greater bankruptcy of imagination than that demonstrated in Mr. Czerny’s newest creation could hardly exist. One should force the esteemed composer into retirement and give him his well-earned pension, so that he would finally stop writing.” Ouch! For better or worse, Schumann’s review set the tone of Czerny’s posthumous reputation, labeling him an industrious yet highly uninspiring composer. Czerny grouped his works into four categories: 1) studies and exercises, 2) easy pieces for students, 3) brilliant pieces for concerts, and 4) serious works. Only ten days before his death he sarcastically declared, “I beg the musical world’s forgiveness for producing such a quantity of small things and so few great ones until now. As a man of my word, I’ll endeavor to make up for it.” Throughout his career, Czerny drew much of his inspiration from themes taken from the most popular operas of the day. And predictably, Bellini took center stage, occupying most categories of the composer’s self-proclaimed output. 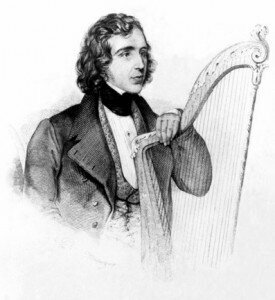 Eli Parish (1808-1849) hailed from a small port in Devonshire, yet he became one of the most illustrious musical figures of the 19th century. Franz Liszt excitedly wrote, “From beneath his forehead speak his dreamy eyes, expressive of the glowing imagination which lives in his composition.” Not to be outdone, Berlioz stated, “This man is a magician. In his hands the harp becomes a siren, with lovely neck inclined and wild hair flowing, stirred by his passionate embrace to utter the music of another world.” It’s hardly surprising that Elias Parish-Alvars—a name he freely invented—was known around Europe as “the Liszt of the harp.” His rise to fame is intricately connected with the birth of the modern harp. He bought his first double-action harp from Pierre Erard in May 1842, and this more robustly constructed and mechanically superior instrument opened up new musical horizons. Already considered one of the great harp virtuosos, Parish-Alvars developed innovative techniques integrating pedal and manual skills in unprecedented ways. These included chordal glissandi, double, triple and quadruple harmonics, the combination of harmonic with glissandi, and the use of enharmonic effects. And what better way to demonstrate his innovations than in a set of variations on the ever-popular opera Norma by Bellini.

Elias Parish-Alvars: Introduction and Variations on Themes from Bellini’s Norma 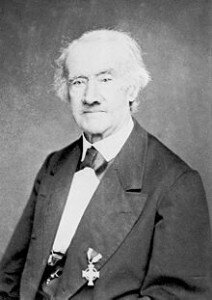 As a lover of classical music and frequent reader of Interlude you are surely familiar with the name Franz Schubert? Well, actually I don’t have the famous Viennese Franz Schubert in mind but the Dresden-born Franz Anton Schubert (1808-1878). Sometimes called “the younger” to distinguish him from his father who was also named Franz Anton Schubert, he decided to change his name to “François” once he arrived in Paris. Schubert returned to Dresden in 1833 and eventually assumed leadership of the Dresden orchestra, where he was the colleague of cellist Frédéric Kummer, originally Friedrich August Kummer. Schubert and Kummer became good friends and often collaborated as a violin and cello duo, “enchanting audiences with their amazing sense of ensemble playing.” And their repertoire predictably included a number of variation sets based on popular operatic themes, with Bellini coming to fore in a delightful “Fantaisie brillante” featuring fast runs, double stops and chords, pizzicato and harmonics. 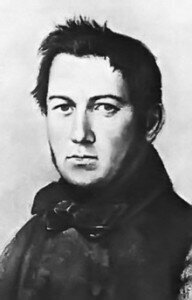 Mikhail Ivanovich Glinka (1804-1857) was suitably bored with his rather undemanding civil service job in St. Petersburg. And always fearful of catching the flu or worse, he decided that the Italian climate would suit him much better. He based himself in Milan in 1830, and would stay in Italy for three years. He took lessons at the Milan Conservatory with Francesco Basili, listened to the singers of the day and romanced women with his music. And he certainly became well acquainted with many notable composers, including Mendelssohn, Berlioz, Donizetti and Bellini. While there, he wrote surprisingly little vocal music to Italian or Russian texts, and his instrumental compositions took the form of variation sets so popular with the Italian public. In the end, however, he discovered that neither Italy nor Italian music was truly for him. “A longing for my own country led me gradually to the idea of writing in a Russian manner,” he later recalled.

Mikhail Glinka: Variations on a theme from Bellini’s “I Capuleti”