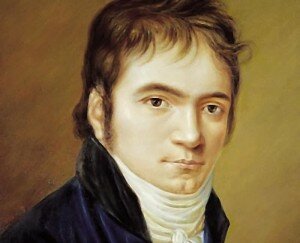 Giovanni Paisiello clearly had the Midas touch! Everything he touched turned to gold, or better yet, into regularly and well-paid employment. He also made an absolute fortune from public performances of his operas, and publishers would pay exorbitant prices to get their hands on assorted arias and overtures. 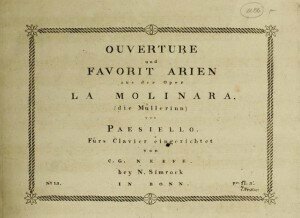 La Molinara enjoyed international success, and it was performed in Vienna in the original Italian starting in 1795. A German version was produced in 1800, and it was staged for 32 consecutive years throughout Austro-Germany! What is more, a keyboard reduction of the overture was available from the publisher Artaria as early as 1795. Keeping track of his musical surroundings, the young Beethoven was not immune to hitching a ride on Paisiello’s fame. In 1795 he composed nine variations on “Quant’ è più bello” from La Molinara and dedicated the set to Prince Lichnowsky. Such dedications were never random or casual, but represented a “process of social exchange” within a constantly changing network of musicians and patrons. 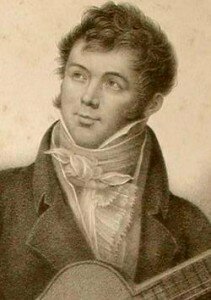 When staged performances of original operas or ballets were accompanied by instrumental arrangements or sets of variations on particular themes, it created a musical context that linked the salon to the theater. And it created not only a musical but also a social bond. A performer would take pleasure in embroidering a favorite theme while simultaneously showcasing his or her compositional abilities. Printed and sold, such variation sets also represented didactic material aimed at developing instrumental technique alongside projecting a variety of moods and learning about harmonic practices and syntax. The exceptional guitarist Fernando Sor (1778-1839) fashioned a number of fantasies based on opera arias or popular tunes. And Paisiello’s “Nel cor più non mi sento” from La Molinara gives prominence to the technical and expressive qualities of the instrument while highlighting his own skills as an interpreter and composer. 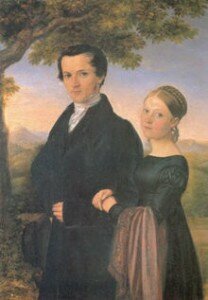 Fashioning variations sets was not strictly the domain of the cosmopolitan handsome and famous. Although undoubtedly motivated by striking it rich, a long line of secondary composers eagerly participated in these musical and social activities. Among them was Friedrich Silcher (1789-1860), who had started his career as a schoolteacher. After meeting Carl Maria von Weber he decided to devote his life to music and took lessons from Johann Nepomuk Hummel. Named musical director at the University of Tübingen he became one of the most important protagonists of choir singing, and his arrangements of German and International folk songs remain in the repertory today. Silcher was recognized for his contribution to German musical life with an honorary “Doctor of Philosophy” in 1852. Silcher left a set of delightful Paisiello variations for flute and piano, and a wine varietal was also named after him. And then there is the asteroid 10055, discovered in 1987 that also bears the composer’s name. 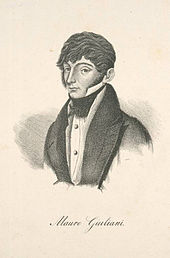 Born near Bari in 1781, Mauro Giuliani started his career as a cellist, and he settled in Vienna in 1806. In 1813 he played the cello in the famous performance of Beethoven’s Seventh Symphony, a gala affair with many of Vienna’s celebrity musicians, including Hummel, Spohr, Salieri, Meyerbeer and Moscheles, were recruited to participate. However, Giuliani became most famous as a guitar virtuoso, defining a new role for the instrument in the context of European music. A contemporary critic wrote, “Giuliani’s vocalized his adagios to a degree impossible to be imagined by those who never heard him; his melody in slow movements was no longer like the short, unavoidable staccato of the piano, requiring profusion of harmony to cover the deficient suspension of notes, but it was invested with a character, not only sustained and penetrating, but of so earnest and pathetic a description as to make it appear the natural characteristic of the instrument.”

Acquainted with Rossini and Beethoven, he concertized with Hummel and Moscheles, and working closely with the publisher Artiaria, his compositions spread across Europe. And predictably, that includes a variations set based on the famous tune from Paisiello’s La Molinara.