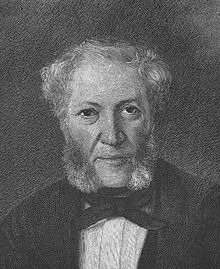 The transitional period between Bartolomeo Cristofori’s pianoforte designs of the 1720’s and the essentially modern-day instruments produced by John Broadwood, Ignaz Pleyel and Sébastien Érard around the turn of the 19th century not only coincides with the approximate lifetimes of Wolfgang Amadeus Mozart and Franz Josef Haydn, it was also occupied by an incredible variety of composers and performers who spawned some of the technical and stylistic innovations that would subsequently be taken over by the next generation of piano virtuosi. Although the historiography of music frequently classifies these colourful journeymen as minor figures, their contributions to the dramatic shift in social and musical conventions and styles, alongside a fundamental advancement in compositional matters, should not be underestimated. Among them, was the Bohemian composer and piano virtuoso Ignaz Moscheles (1794-1870), who together with Jan Ladislav Dussek and Muzio Clementi established the “London” School of Pianoforte playing, and who eventually succeeded his student Felix Mendelssohn as head of the Conservatory in Leipzig.

Piano Concerto No. 6 in B flat major, Op. 90, “Fantastique”
Born on 23 May 1794 in the Jewish quarter of Prague, Moscheles studied at the local conservatory under the disciplinarian direction of Friedrich Weber, who only allowed his young pupil to play the music of Mozart, Clementi and J. S. Bach. Moscheles was expressly forbidden to play any of that “modern stuff” Beethoven was composing. In 1808, after the death of his father, Moscheles went to Vienna and studied counterpoint with Albrechtsberger and composition with Salieri. He also met and became friends with Beethoven, and with the composer’s consent, prepared the pianoforte reduction of “Fidelio”. Moscheles quickly established himself as one of Vienna’s most prominent performers and composers. He also forged important friendships with Johann Nepomuk Hummel, Giacomo Meyerbeer — who at this time was still a piano virtuoso — and Louis Spohr. During the Congress of Vienna in 1814/15 — convened to settle border disputes and the dissolution of the Holy Roman Empire following the defeat of Napoleon — Moscheles composed and performed his highly popular “Variations on a March of Czar Alexander,” Op. 32 for piano and orchestra. Between 1816 and 1825, Moscheles embarked on an extensive concert tour that took him throughout Germany, Paris and London, and also back to Prague. A young Robert Schumann heard him perform in Karlsbad in 1816, and he met and briefly taught the 15-year old Felix Mendelssohn in Berlin.

Cello Sonata in E major, Op. 121
During this period, he also composed the Concerto in G minor for piano and orchestra, Op. 60, a work that would become the favorite of aspiring pianists like Robert Schumann. In 1822, Moscheles was awarded an honorary membership of the London Academy of Music, and after his marriage to Charlotte Embden in 1825, made London his home for the next 25 years. He became conductor of the Philharmonic Society, and a student of Muzio Clementi. In turn, he taught Friedrich Kalkbrenner and Henry Litolff, and was instrumental in bringing Felix Mendelssohn to London in 1829. His virtuoso performances, owing much to the Italian vocal tradition, won him an enthusiastic following, and he eagerly took advantage of the increased sonorities and more responsive action of the rapidly developing pianoforte.

Flute Sonata in A major, Op. 44
From about 1840 onward, Moscheles performed in public with decreasing frequency and his reputation suffered somewhat. “I play all the new works of the four modern heroes, Thalberg, Chopin, Henselt, and Liszt, and find that their chief effects lie in passages requiring a large grasp and stretch of finger, such as the peculiar build of their hands enables them to execute; I grasp less, but then I am not of a grasping school.” In 1846 he became principal professor of piano at the Leipzig Conservatory — appointed by Felix Mendelssohn — a position he held until his death in 1870. His 142 surviving compositions — among them a number of fine piano sonatas, eight piano concertos, symphonic and chamber works, and some vocal music — are characterized by restraint and classical balance. “My chief objection to the innovators is that they aspire to go beyond Beethoven, and altogether dethrone Mozart and Haydn, hitherto the acknowledged keystones to the foundation of music! Of course, we lesser lights are to be buried under the ruins of the tottering temples, and I for my part consider myself honored by such sepulture; who knows if we shall not some day or other be dug up like Herculaneum and Pompeii?”