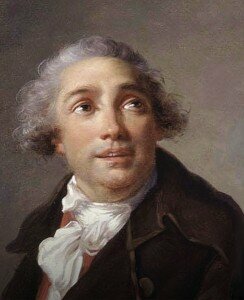 Let’s start this episode of our musical universe series with a trick question. Who was the most famous and most successful opera composer during Mozart’s time? And while it would be tempting to think that Wolfie had his hand in this ranking, that answer would be incorrect. The honor, without a shadow of a doubt goes to Giovanni Paisiello (1740-1816). 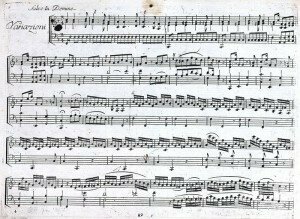 While Wolfie struggled to secure often minor appointments, Paisiello was flying high on the international stage. He became a favorite of Catherine II of Russia, and over nearly eight years produced a substantial number of operas for the Russian court, including his masterwork Il barbiere di Siviglia. Paisiello took Vienna by storm, and Ferdinand IV paid him a huge amount of money to produce a whole series of operas in his native Naples. And then there was Napoleon, who invited Paisiello to Paris in 1802, and who treated him munificently. In all, Paisiello is known to have composed 94 operas, and Mozart was a huge fan of his music. So much so, that in 1782 he composed a set of piano variations on a Paisiello tune. 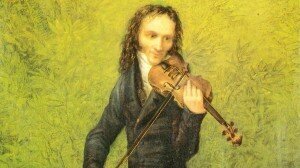 Paisiello was internationally known for composing graceful and beautiful melodies. And perhaps his best-known tune is the duet “”Nel cor più non mi sento” (In my heart, I no longer feel) from his 1788 opera usually known as La Molinara (The beautiful Miller-woman). In the opera this duet appears twice, first in the second act sung by “Rachelina” and “Calloandro,” and later by “Rachelina” and “Pistofolo.” Basically, they are lamenting the fact that love will drive you crazy! That happy little tune certainly drove everybody else crazy, and composers far and wide used it as the basis for elaborate variation sets. Niccolò Paganini’s effort exists in a variety of different versions, with the earliest dated 1821. However, we also find an adaptation for the unusual combination of two violins and cello. 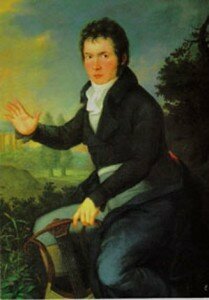 For his first ten years of his career in Vienna, Ludwig van Beethoven made his living as a pianist/composer. With the demand for printed music going through the roof, Beethoven happily engaged in the process of composing variation sets based on well-known themes from operas and ballets performed in Vienna. Viennese publishers had developed a consistent practice of not giving opus numbers to these sets of variations; perhaps indicating the somewhat limited compositional ambitions of such works. The original composers did not object, because these variations generally increased the appeal of the stage work. In the 1790s, Beethoven varied themes from eight popular theatre works, including Paisiello’s “Nel cor più non mi sento.” When Beethoven sent a manuscript of these variations to the lady for whom he had written the work, he remarked, “They are so easy that the lady should be able to sight-read them.” There is more of the Paisiello and Beethoven combination coming up in our next episode; stay tuned.