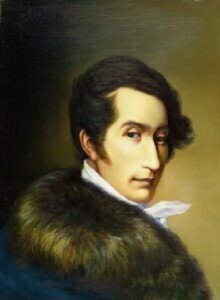 When Carl Maria von Weber’s Der Freischütz (The Marksman) was first produced at the Schauspielhaus in Berlin in June 1821, the musical world was stunned. Setting his career as a pianist and critic aside, Weber had created a work that fully embodied the energies of the youthful Romantic Movement. In fact, he had composed an opera that fully incorporated elements of mysticism, folk materials, and a strong dose of the supernatural. Weber adopted a musical language that relied on simple, folk-like melodies colored by an increasingly sophisticated and chromatic language in the orchestra. The emphasis on orchestral color and texture greatly enhanced and accentuated the overall dramatic expression as well. It clearly helped to define German romanticism and established it as the musical force in Europe during the rest of the century. Franz Liszt had included works by Weber into his youthful recital programs, and he conducted Der Freischütz in Weimar. His delightful Freischütz Fantasie dates from 1840. 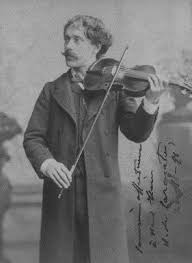 By all accounts, Carl Maria von Weber was a subtle and gentle person by nature. Above all, he wanted to tell stories in his music that could be understood by everybody. Sublime greatness, he once suggested, was better left to Beethoven. “I differ too greatly from Beethoven in my opinions,” he writes, “for there to be any possibility of convergence with him.” And with his Freischütz he created a model of national identification in Germany that completely overshadowed all his other works. And Pablo de Sarasate, born in Pamplona in 1844, did understand the story Weber was trying to tell. By the age of fifteen he had launched himself on a concert career that covered most of the globe. Composers far and wide lined up to write works for his distinguished and pure sound, and that included Saint-Säens, Bruch, Lalo, Wieniawski and Dvořák. Sarasate refused to play the Brahms Violin Concerto claiming, “the only proper melody was given to the oboe.” He did, however, frequently present his Fantasy on Weber’s Freischütz in his version for violin and orchestra.

Little known Karel Arnoldus Craeyvanger (1817-1868) was a singer, and also a virtuoso on both the guitar and violin who “appeared in concerts with great success in his native land.” Born in Utrecht, Holland, Karel came from a highly artistic family, with his brothers becoming painters and his sister Gertrudis a poet. Craeyvanger took on the directorship of a number of important music societies, including “Symphonia,” “Aurora,” and “Dua Apolline.” Active in music education and teaching courses in the theory of music, he was also a capable conductor. In fact, he performed as a conductor in the Utrecht music festival of 1852. On 29 November 1868, the Utrecht Orchestra Association gave a concert in his memory, featuring a number of his compositions. His Opera Fantasy on Weber’s Freischütz, dating from around 1851, was only recently discovered and recorded by Johannes Möller for Naxos.

Craeyvanger, Karel Arnoldus: Introduction and Variations on the theme of Der Freischütz, Op. 3 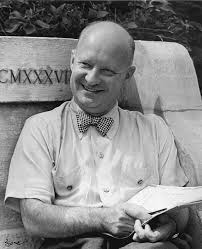 Paul Hindemith had always taken a serious interest in the music of the past and in particular in the musical heritage of his native Germany. A political refugee, Hindemith had left Germany in 1937 and ended up taking on a temporary teaching position at the University of Buffalo, in the United States. And when the choreographer and dancer Léonide Massine approached the composer in 1940 asking if he would be interested in composing a ballet based on music by Carl Maria von Weber, Hindemith was naturally interested. But when Hindemith learned that Massine wanted to commission sets and costumes for the Weber ballet from Salvador Dali, Hindemith quickly withdrew from the project. Three years later he returned to the Weber project, but this time to fulfill a commissions from the New York Philharmonic. Interestingly, Hindemith chose lesser- known themes by Weber, including incidental music Weber had written for the 1809 Schiller translation of Carlo Gozzi’s play Turandot. In the end, his Symphonic Metamorphoses are an imaginative, colorful and dramatic composition that weave together a fascinating pallet of sounds and moods.