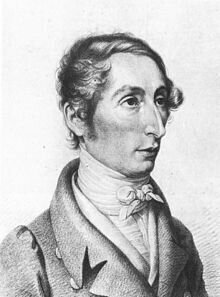 Although Carl Maria von Weber’s opera Der Freischütz is frequently portrayed as the liberation of German cultures from foreign influences, we should not forget that a “veritable Freischütz mania flooded all England.” Productions of the opera opened in London in 1824, with four theatres in four different adaptations competing against each other. The French premiere at the Théâtre de l’Odéon under the billing Robin des Bois took place in the same year, and by 1830 it had been produced in Danish, Swedish, Czech, Russian, Hungarian, Polish and Dutch. And before long, it was staged in Cape Town, Rio de Janeiro and Sydney. In 1841, Hector Berlioz prepared the recitatives for a French version, and the principal flute at the Paris Opera Paul Taffanel (1844-1908) would continue to perform this version for many years to come. Taffanel is widely considered the father of the modern French school of flute playing, and predictably, he composed a Freischütz Fantasy. 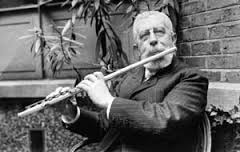 With almost unlimited streaming access to music in the 21st century, it is easy to deride arrangements of popular pieces. The situation was rather different in the middle of the 19th-century, as musical access was confined to rather expensive live performances at the opera or concert hall. The only way to rekindle memories of any given performance, or to learn new repertoire, was to make music at home. And a good number of arrangements were specifically designed for that particular amateur market. With the rise of the middle class, more people wanted access to music performances and the piano became the most important instrument for home use. A veritable status symbol, the piano was useful as both a solo instrument and as accompaniment to a group of singers or instrumentalists. With the rise of the parlor as the center of family life, music education became increasingly important. Learning to play a musical instrument was part of a well-rounded education, and children would entertain visitors with performances of the latest popular works. And for a while, nothing was more popular than Der Freischütz. 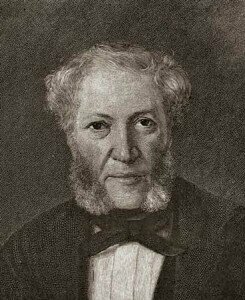 With all the attention accorded to Weber’s Freischütz, it is all too easy to forget that the composer produced two additional operas that greatly influenced the development of Romantic Opera in Germany. Euryanthe, set during the time of King Louis VI (The Fat) revolves around a wager made by the Count de Nevers about the fidelity of his wife Euryanthe. Premiered in Vienna in 1823, the opera presents a through-composed music drama that heavily relies on a musical web of “Leitmotives.” And it is certainly plausible to suggest that Oberon, first performed in London in 1826, influenced Mendelssohn’s music for A Midsummer Night’s Dream. Apparently, Ignaz Moscheles (1794-1870) —one of the outstanding pianists of the time—appreciated both operas as his Hommage à Weber liberally uses themes from both works. Scored as a “Grand Duo,” it is not an orchestral reduction, but a genuine piano work for two players. 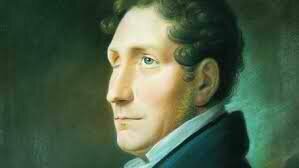 Carl Maria von Weber’s music was incredibly popular with the general public. A critic wrote after the Freischütz premiere “I joined the crowd besieging the theatre; and when, two hours later, the doors were opened, I was literally carried into the pit by that surging human wave… The students of the University mustered in large numbers. Frau von Weber was in a pit box with William Beer (the brother of Meyerbeer) and his wife. E.T. A. Hoffmann, Professor Lichtenstein, Heinrich Heine, and a host of literary and musical aspirant, amongst them little Felix Mendelssohn, with his parents… There was on the part of the public a most genial disposition in favour of Weber.” That genial disposition, however, did not extend to Weber’s colleagues and critics. The composer Friedrich Zelter suggested, “out of a small nothing Weber had created a colossal nothing.” The Philosopher Ludwig Tieck called it the “most unmusical uproar ever heard upon the stage,” and Louis Spohr wrote, “As I never had a great opinion of Weber’s talent as a composer, I wanted to hear his opera to discover the secret of its wonderful success; but this riddle was by no means solved, and I can only explain it by the gift possessed by Weber to write for the general masses.” Ah, I can hear you say, the age-old argument between high and low art!