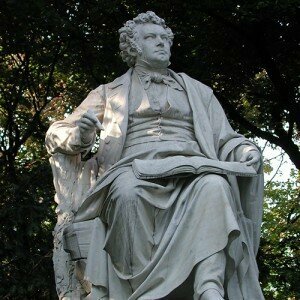 Franz Schubert composed his set of six German Dances in October 1824 for his piano student Countess Caroline Esterházy. Everybody knew that Schubert was deeply in love with his 18-year old student, and a number of compositions were the direct result of his infatuation. The manuscript of the German Dances passed from Countess Caroline to her mother, who passed it on to her niece Countess Almasy. That countess gave the manuscript to her two daughters, who entrusted it to their music teacher around 1866. The manuscript disappeared for almost 70 years before it was accidentally discovered in a Viennese library in 1830. 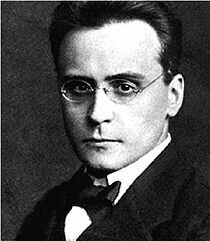 Anton Webern (1883-1945)—the pivotal figure of the pre-war avant-garde arranged Schubert’s Deutsche Tänze for chamber orchestra, woodwind and two horns in 1931. Webern aimed to allow the structure of the work to emerge more clearly, and the result is a miracle of “precision, tonal differentiation and glowingly shaded colors.” 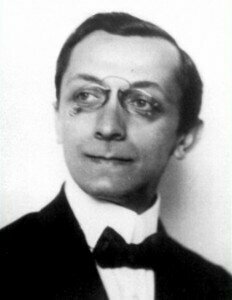 The publishing house of Rebay & Robitschek focused on works by Austrian composers such as Anton Bruckner, Ignaz Brüll, Robert Fuchs and Franz Lehár. Although primarily focused on choral music, they also published numerous transcriptions for the musical amateur. The son of publisher Ferdinand Rebay, also named Ferdinand Rebay (1880-1953) was a talented pianist, choir director and composer. He first studied violin and piano with his mother Therese Rebay, who had been a student of Anton Bruckner. Rebay junior made a name for himself as a composer of lieder and choral works, but he also dabbled in larger forms. Among his output is a delightful Guitar Sonata in D minor, and the second movement is a set of variations on a theme by Schubert. 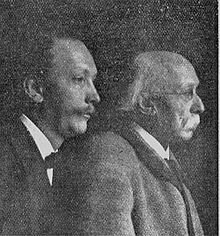 The composer and virtuoso horn player Franz Joseph Strauss (1822-1905) is primarily remembered as the father of the composer Richard Strauss. However, in his day he was considered one of the most celebrated horn virtuosos, capable of “breathing soul into that unthankful instrument.” Even Richard Wagner, against whom the musically conservative Strauss took literally every opportunity to make his disapproval clear, recognized his unusual talent. “Old Strauss is an unbearable fellow,” Wagner wrote, “but when he plays the horn one can’t really mind him.” Strauss senior was also the conductor of an amateur orchestra called “Wilde Gung’l” (Wild Band), and among the players was his young son who learned about orchestration and wrote some of his first compositions for the orchestra. As a composer, Strauss senior wrote a number of works for the horn, including a fantasy on Schubert’s “Sehnsuchtswalzer.” 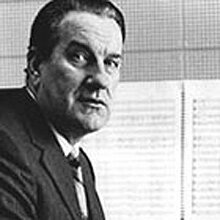 Forced to emigrate from Latvia when it fell under Soviet occupation after WWII, Tālivaldis Ķeniņš (1919 – 2008) eventually settled in Canada. Although Ķeniņš had started playing the piano at the age of five and composed his first pieces at age eight, he initially studied to be a diplomat. Forced to emigrate, he then entered the Paris Conservatory and studied under Olivier Messiaen, winning a number of composition prizes. By 1951 he had moved to Canada, and according to Canadian musicologist Paul Rapoport “introduced many European idioms to Canadian art music in an era when many of its composers remained solidly influenced by British models.” Ķeniņš reconciled the romanticism of his nature with the neoclassicism of his French training, and his musical style nicely emerges in his Variations on Theme by Schubert.