In Tune Arts
And the winner is not Mozart
Salieri fights Mozart at Schönbrunn
by Georg Predota October 14th, 2014 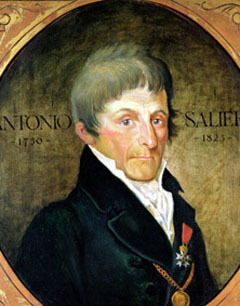 If you come to Vienna as a tourist, you’ll have to visit Schönbrunn Palace. It’s unlikely that you will see all 1,441 rooms—most of them lavishly decorated—but the complex will certainly give you a sense of the splendor and lifestyle of a number of Habsburg monarchs. Schönbrunn, meaning beautiful spring as in water, was the brainchild of Emperor Maximilian II. He decided in 1569 that the royal family really needed a summer residence away from the hot and dusty streets of Vienna. So he purchased a huge tract of land on the outskirts of the city and hired Fischer von Erlach, one of the most illustrious architects of his time, to design his little summerhouse. Over time, the surroundings were styled into lavish gardens that housed a palm house, a monument to celebrate the glory of the Habsburg Empire and a Zoo.

But there was one thing that Habsburg royalty could not do without; and that was music. Music had always played an essential role in their daily lives, and there was no reason why the summer months away from the opera should be without entertainment. In imitation of French palace design, Schönbrunn added an “Orangerie.” Similar to a greenhouse or conservatory, the Orangerie was built in neo-classical style adjacent to the main palace. Frequently it housed citrus and other trees and shrubs that would otherwise not survive the harsh winter climates. Always a symbol of prestige and wealth, guests would admire not only the fruits but the architecture as well. And at Schönbrunn, the inside space was used for entertainments and musical performances.

The reason I mention the Schönbrunn Orangerie is because it was the location of one of the most famous musical duels of all times. Emperor Joseph II commissioned Antonio Salieri and Wolfgang Amadeus Mozart to compose operas on the same subject, dealing with the creation of an opera and the establishment of an opera company. But there was a catch. Salieri would compose his Prima la Musica, poi le Parole (First the Music and then the Words) in the fashionable Italian style, while Mozart’s Schauspieldirector (The Impresario) would take up the challenge for German opera. On 7 February 1786, “his Imperial Majesty was escorted by her Highness the Archduchess Christine. They left the Imperial residence at 3 pm for Schönbrunn and alighted at the Orangerie, which was arranged for the reception of the guests and for luncheon in the most charming manner.” While the distinguished foreign and other guests were dining, the Imperial and Royal Court chamber orchestra performed on wind instruments. At the conclusion of the meal the actors of the Imperial and Royal National Theatre went to work. 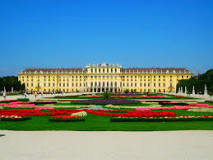 The competing operas were staged at opposite ends of the Orangerie. The audience was placed between them like umpires who only needed to turn around. The plan of the Emperor, who presumably was hoping for Mozart and German opera to win the day, failed, as the evening was a resounding triumph for Salieri and Italian opera. Mozart’s buffoonery about German theatre folk was simply no match for Salieri’s sophisticated consideration of the relation of music and poetry. By imperial decree the newly created German Opera had pitted itself against Italian opera buffa to prove its viability, and had been soundly defeated. But don’t worry; Mozart soon demonstrated his mastery of both genres with Le nozze di Figaro and the Magic Flute. Currently, during the summer months the Orangerie offers daily concerts with music by Mozart and Strauss—and even a bit of a ballet—and a ticket will cost you about 120 Euros.