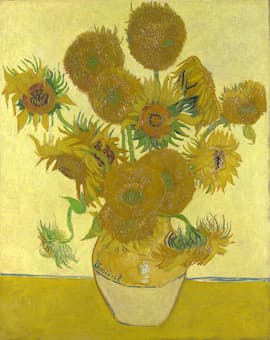 While I much prefer the term ‘work of genius’ over masterpiece, it looks like we are still stuck with this word stemming from c. 1600 to define, well, a masterpiece.

The answer to that is a combination of historical context and artistic quality, so it seems. But surely, people must be making masterpieces today that have not yet been discovered?

That aside, in this exhibition, the works include seminal paintings from Botticelli, Titian, Rembrandt, Vermeer, El Greco, Velázquez, Goya, Turner, Constable, Van Dyck, Gainsborough, Renoir, Cézanne, Monet, Gauguin and perhaps the most famous of all, Sunflowers by Vincent Van Gogh. 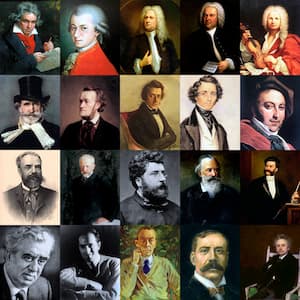 Now, if there was a space that was full of musical masterpieces, what would it contain? Music by the usual suspects I’d imagine. Beethoven, Bach, Brahms and Barber, and that would be just some of the Bs. There would be Tchaikovsky, Shostakovich, Prokofiev, Stravinsky and those would be only a few of the Russians.

Almost all these musical masterpieces, known as a magnum opus, in this space would be well and truly decided and agreed upon for many years that they were masterpieces. So, is there a formula for a masterpiece?

Do they have a particular length? No, they don’t. Period and style play no part in the categorisation of a masterpiece because they come from all time frames and kinds. Is it the instrumentation that defines a masterpiece? No, because everything from a solo violin to a full orchestra with a choir are considered masterpieces. 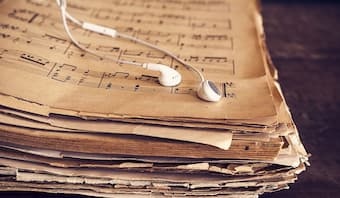 Is it the author of a work that influences a masterpiece? Well, in the case of Bach and Vermeer, it may be. But that really is not part of the selection or growth process of a masterpiece. If there was one defining characteristic, it has to be the effect the work has on the general populace.

Looking intently and for some duration at Sunflowers by Vincent Van Gogh, in the flesh so to speak, it is intense. The colours jump out at you; it’s dynamic. It is so bright and clean it looks as if it was painted yesterday and not in 1888.

It might be quite possible that a masterpiece is called that by humans based upon a critical assessment by other humans and not so much on its content. But isn’t content the thing, and the only thing that should decide what is and isn’t a masterpiece?

Like a painting, the choice of colours, the refinement, the balance, the harmony and the overall impression of a piece of music should decide what is a masterpiece or not. And from my study, I find that this is correct. Plus, masterpieces are generally universally loved, known and respected. They are talked about by people in the know, such as academics, conductors, musicians and composers (sometimes) throughout their history.

This forever masterpiece hangs on the walls of the best galleries in the world. It is played by the most known orchestras, conductors, and the greatest musicians on our planet. It’s written about by the most seminal writers and intellectuals throughout history. It is celebrated, rejoiced and universally loved by the majority.

I’m not sure you can tell if any work is a masterpiece without context. I don’t think that anyone can truly love a work of art until you’ve held it in your gaze and in your ears, and in your heart and mind for some time. Things need context. To understand them they require a story, a background and a standing before knowing more about it is not a task or something you have to try hard to get to love.

A masterpiece becomes a masterpiece through time. It does not just automatically happen or quickly become one. Like the process of art itself, masterpieces take time, a lot of time, before they offer us their full and true potential and become a work of genius.