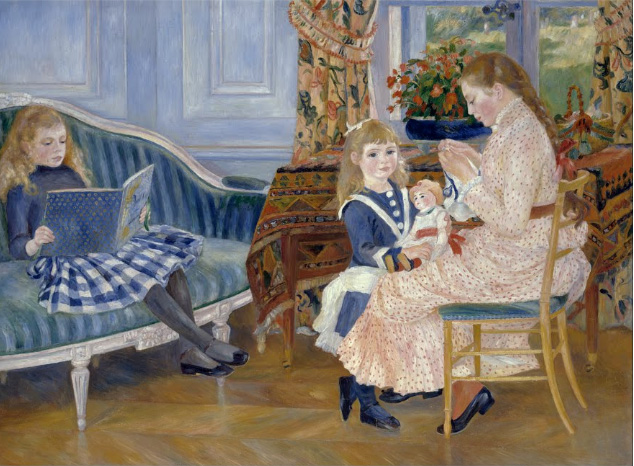 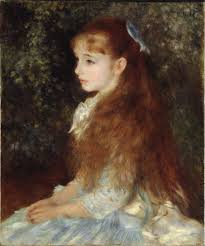 Auguste Renoir (1841–1919) started his career as a porcelain painter. However, the young man had clearly grander ambitions, and he soon found himself in the company of the academic artist Charles Gleyre, Claude Monet, Frédéric Bazille, and Alfred Sisley. The four friends soon began painting in the forest of Fontainebleau, and in the summer of 1869, Renoir painted for two months alongside Monet at La Grenouillère, a boating and bathing establishment outside Paris.

“One morning,” Renoir reports, “one of us, having no black, used blue instead: and impressionism was born.” Renoir and Monet established an independent artist’s society, and “the impressionists,” as they were called, looked to capture modern life. The Salon was still rejecting Renoir’s paintings, so he began to focus on painting portraits for a range of patrons with avant-garde sensibilities. 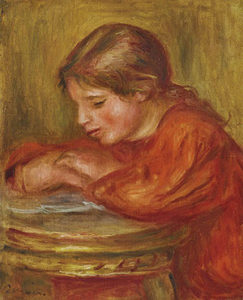 Renoir painted all his patrons with affectionate charm. One of his most splendid and ambitious portraits, the painting of Marguerite Charpentier with her children “blends a modern informality and intimacy with the compositional rigor of an old master portrait.” That particular painting was exhibited at the 1879 Salon to great success, and Renoir secured commissions ranging from the politically radical pastry cook Eugène Murer to the banker Paul Berard. 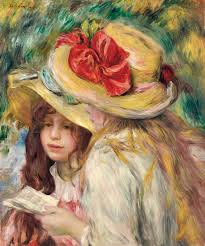 In fact, Berard became one of his most important patrons and Renoir regularly visited his country house in Wargemont. Renoir also painted all of Berard’s children. Painting portraits of wealthy patrons and their children sustained Renoir financially, and that particular aspect greatly appealed to composer Jean Françaix (1912-1997). In 1972, he set to work and musically encoded 15 children’s portraits painted by Auguste Renoir for his two daughters Sophie and Christine. 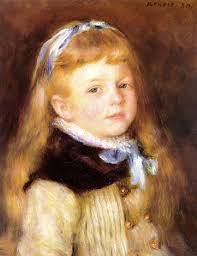 Françaix was a prolific composer who composed well over 200 works in a wide variety of genres and styles, with the piano occupying an important place in his output. Pianists found his first mature works for solo piano, “exciting, impulsive and technically difficult.” 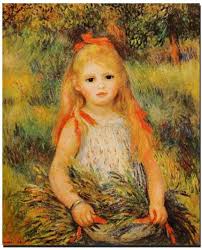 There are no such technical difficulties in his 15 Portraits d’enfants d’Auguste Renoir. Designed to be played by young piano students, the opening “Le bébé à la cuillère” is the easiest, yet hardly the least charming of the set. We also find a charming waltz, a miniature march, and critics have suggested that “Fillette au chapeau bleu,” and “Fillette au chapeau a plume rose” must “rank among the most delightfully natural and artless music Françaix ever produced.” And wherever you look and listen, Françaix’ undeniable sense of humor is ever present. 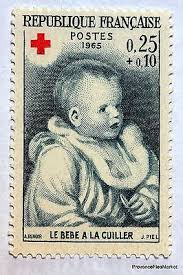 Just like Renoir, Françaix was not readily acknowledged by the academy with a good many commentators dismissing his compositions as “frivolous.” Similarly, in the early 1890s, friends and admirers of Renoir took exception to the fact that the French State had never made any official purchase from the painter, then almost fifty years old. 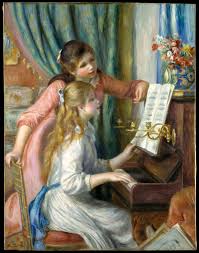 In 1892, Stéphane Mallarmé, who knew and admired the artist, helped by Roger Marx, a young member of the Beaux Arts administration and open to new trends, took steps to bring Impressionist works into the national museums. And through an informal commission from the administration, “Young Girls at the Piano” was acquired and placed in the Musée du Luxembourg. Hardly surprising then that in “Au Piano,” Françaix beautifully captures Renoir’s depiction of young hands strenuously trying to master the keyboard. The gracefulness of Renoir’s painting is effortlessly and spontaneously captured by Françaix’s music. 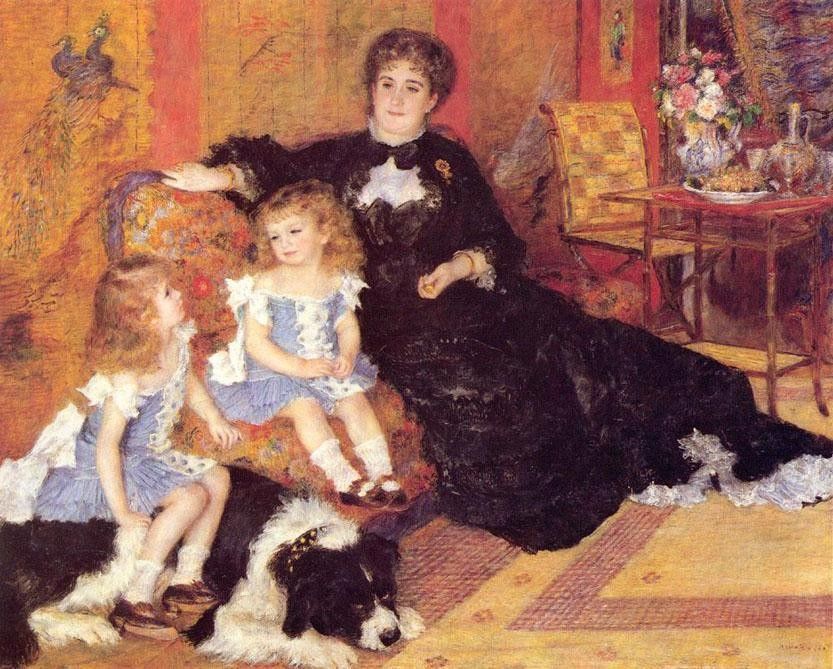