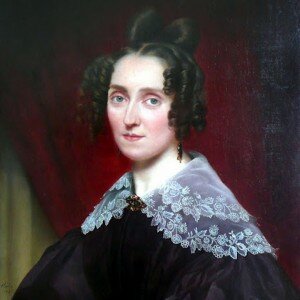 She took piano lessons with Ignaz Moscheles and Johann Nepomuk Hummel, studied composition with Anton Reicha, a friend of Beethoven’s, and renowned violinist Joseph Joachim performed in the premiere of her nonet for wind and strings. During her lifetime, Louise Farrenc (1804–1875) enjoyed a considerable reputation as a composer, teacher and a brilliant performer, admired by Schumann and Berlioz.

Louise Farrenc: Piano Quintet No. 1 in A minor, Op. 30
Louise Farrenc was a central figure in Parisian musical life and the only woman to hold a full chair at the Paris Conservatoire. Her chamber music is on a par with that of most of her male contemporaries, and one hears the clear influence of Beethoven in the ambition and drama of her symphonies. But her work never really achieved the acclaim it deserved and fell into oblivion shortly after her death. Interest in her was revived in the 1980s with the publication of a biography, and since then her music has once again found its way into the spotlight and on to concert programmes. Her early works were almost exclusively written for piano – etudes, fantasies and variations – before she branched into chamber music and orchestral works. Her music is masterfully crafted, rich in textures, inventive, melodically varied and colourful, witty and charming. In her chamber music she employs delightfully original combinations of instruments and brilliant part-writing, and much of her music is imbued with a romantic Mozartian lyricism.

“This is not a woman who composes, but a composer who is a woman”
– Ambroise Thomas 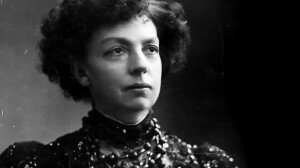 A favourite of Queen Victoria, a guest of the Roosevelts at the White House, admired by Franz Liszt and Georges Bizet, and a musical star in Europe and the US, who performed her own compositions to packed concert halls and rave reviews, Cecile Chaminade (1847-1944) was a French pianist and composer. Her music enjoyed great popularity during her lifetime, she performed widely, was praised for her fine technique and virtuosity, and even established her own ‘Chaminade Clubs’ to invite people to enjoy her music.

She has enjoyed a resurgence of interest in recent years, yet when she died, despite having published over 400 pieces during her lifetime, her work was regarded as nothing more than superficial salon music, out of fashion and unplayed.

Chaminade: Flute Concertino, Op. 107 (arr. for flute and piano)
Her oeuvre embraces a variety of forms, from orchestral and ensemble works to piano miniatures and songs, and her music is tuneful, lyrical and romantic, replete with long-spun cantabile melodies, languid phrasing and an impressive command of musical architecture, harmonic interest, rhythm and texture. Unaffected by more progressive composers such as Richard Wagner or the Impressionists, Chaminade remained true to the French romantic style of the nineteenth century. Whimsical, witty and imbued with joie de vivre, her attractive characterful music has an emotional directness and insouciant elegance which is hard to resist. 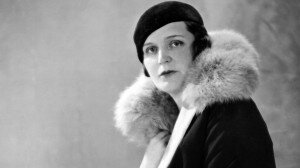 The only female member of the Le Six group of French composers (which included Poulenc, Milhaud and Honegger), Germaine Tailleferre (1892-1983) enjoyed a long career as a composer. A prize-winning student at the Paris Conservatoire, it was there she befriended Georges Auric, Francis Poulenc, Louis Durey, Darius Milhaud and Arthur Honegger, the composers who with her became Le Six. Promoted by Jean Cocteau and Erik Satie (who described Tailleferre as his musical “daughter”), the group was inspired by a general reaction against Impressionism and helped to celebrate the youthful French spirit that had suffered during World War I. She was also close to Maurice Ravel and was commissioned by Diaghelev to write for the Ballets Russes. Her piano concerto was performed by Alfred Cortot and Serge Koussevitzky conducted the Boston Symphony in her Harp Concertino.

For Tailleferre, membership of Le Six both advanced her music and brought it to wider public attention, while also singling her out as the only female member, which she found degrading and unnecessary. Critics derided her music as “feminine”, “dreamy”, and “slight”, yet the music she was composing in the first part of the twentieth century is bold and original with harmonies and rhythms equal to Debussy’s, while her more mature works reveal a taste for the avant-garde. Her music has a natural grace, spontaneity, and charm redolent of the 18th-century masters, but always with a distinct individuality.