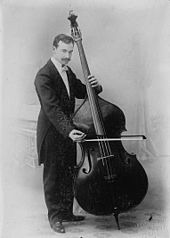 A conversation about giants could not leave out the double bass and we have three wonderful players to introduce you to, if you have not encountered them before.

Born in Russia in 1874 Serge Koussevitzky was primarily known as the music director of the Boston Symphony Orchestra from 1924 to 1949 but his first musical forays were as a double bass virtuoso. He was born into a family of musicians. When he was only three years old his mother passed away and he was subject to the strict teaching of his father. His musical studies included violin, piano and a little dabbling on the cello. Koussevitzky was anxious to apply to the major schools in Moscow but he was penniless. When Koussevitzky was offered a full scholarship if he consented to study double bass, he accepted.

Koussevitzky’s playing was formidable, dazzling audiences. His first performance was in Moscow in 1896 and by 1901 he became principal bass of the Bolshoi Theater Orchestra. A recital performance in Berlin in 1903 led to critical acclaim. Solo bass music was quite slim so he composed a concerto in F-sharp minor, which has become a standard in the repertoire. Koussevitzky’s Russian heroes Tchaikovsky, Glinka, and Rachmaninoff undoubtedly inspired him to compose these glorious lush melodies.

Koussevitzky established himself as one of the outstanding conductors in Europe and of the early twentieth century. The revolution of 1918 galvanized Koussevitzky to leave Russia. He and his wife had been living in Paris for four years when he was offered the Boston Symphony position.

One of his most important roles was as founder and conductor of the Berkshire Music Festival, which became the Tanglewood Festival. Most important, he established the school of the Berkshire Music Center, which trains the next generation of musicians. In 1942 he organized the Serge Koussevitzky Music Foundation at the Library of Congress to support American artists and to commission and perform new works of composers of all nationalities. The organization continues to consider proposals. 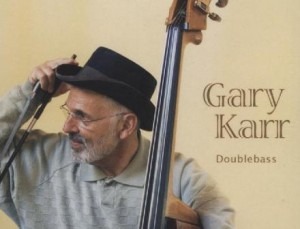 American doublebassist Gary Karr began by studying voice believe it or not, but after a lukewarm debut he decided to learn the instrument, which as he said “sounds closest to the human voice.” He comes from seven generations of double bass players. Receiving little encouragement from his family, he never let on to them that his intention was to play the bass as a solo instrument.

Today the bass is still seldom heard as a solo instrument. Before Karr, few audience members expected much. His breakthrough appearance with the New York Philharmonic in 1962 at the Young People’s Concerts and his solo recital debut in Carnegie Hall changed all that.

He performed the Koussevitzky’s Concerto at Avery Fisher Hall, Lincoln Center in 1999 and wrote the following for The Composter’s Advocate: Serge Koussevitzky—

“In 1962, the morning after I played my debut recital in Town Hall, I received a surprise call from Mme. Koussevitzky. When I heard this strange, soft-spoken, aristocratic Russian accent, I thought that it was a friend playing a practical joke on me…She kindly invited me to her apartment. Upon arriving, the first thing that I noticed was her husband’s famous Amati doublebass made in 1611. ‘After having heard you play last night, I felt that you were the one to carry on my husband’s legacy. Therefore I have decided to offer you my husband’s doublebass as a gift… his ‘constant companion’ which he practiced… ‘everyday of his life.’”

Known for his expressive, sensual tone, exuberant personality and the joy he emanates, Karr has been heard all over the world. He makes it look so easy.

As you’ll see from the video below he’s also quite a card, pulling stunts while he performs some of the most difficult cello repertoire transcribed for bass—pieces such as virtuoso music of Popper. Author of three textbooks on bass playing, he is a staunch advocate for the instrument. He founded the International Institute for the String Bass, and he has encouraged composers to write for the instrument leading to over 50 new works for the doublebass. Karr continues his thirst for knowledge and ease of expression, which he stirs in his busy teaching studio.

Gary Karr: Moses Fantasy, Habanera, and Popper – and fooling around! 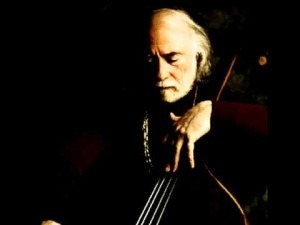 Born in 1931 in Aleppo, Syria into a musical family of nine children, François Rabbath discovered the double bass at the age of thirteen when one of his brothers brought an instrument home. He was permitted to try it and Rabbath fell in love. When the family moved to Beirut, Lebanon, Rabbath had no teacher. He attempted to teach himself after discovering a bass method book by Edouard Nanny in a dusty old tailor shop.

Several years later he was able to afford a move to Paris. Auditions for the Conservatoire were to be in three days. Undaunted Rabbath learned the required repertoire and although he was immediately accepted, he maintained his singular if perhaps unconventional approach.

Rabbath soon moved on to performing his own and others’ compositions with his characteristic dazzling technique, intense musicianship and distinctive bass technique. There are fascinating podcasts with Rabbath recorded by the Canadian Broadcasting Corporation.

In 1978 Rabbath was introduced to composer Frank Proto, also a bass player, and their relationship was fruitful. Proto has written five concertos for him, which stretch the boundaries of classical, jazz and ethnic music. Rabbath made several recordings including of his own compositions, and his importance to the development of double bass playing has been compared to that of Paganini’s influence of the violin.