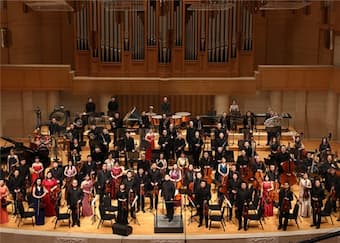 If there is one perfect word to sum up the audible culmination of China in 2021, homogeneity must be somewhere close to the top. The whole country indulged in a year-long celebration of the centennial of the Chinese Communist Party which was founded in 1921.

Since most of the venues and orchestras are public funded and are hence subject to surviving or prospering at the mercy of government subsidy one way or another, and the government is under the absolute authority of the Party, the nation is overwhelmed by music old or new glorifying the Party made possible by astronomical spending throughout the year: on the stage, in the air, on the streets, in the fields.

Yet at a time when almost all were speaking the similar musical languages serving largely the same political purposes, when every inch of the land and sea is inundated with officially endorsed music, when the life of people are engulfed in red music performed in person or on the screens, when nothing could put it on hold not even the Covid-19 pandemic, there are memorable moments defying homogeneity while defining creativity.

But don’t get me wrong. Party endorsed music or red music could be sometimes exceptionally creative and, when the things are right, it is more of joy than a chore to listen to it. Among the new commissions and premieres, two piano concertos embracing creativity and originality have stood out. Yet most of the red music outputs are arguably intended only for the grand occasion. Longevity or popularity may never be the necessary elements for someone to tell good music from mediocre.

Interestingly, when it comes to music-making, China’s cultural administration seems surprisingly tolerant of political-neutral contents, reluctant to regulate artistic motivated decisions. That said, I have come up with the idea for a nomination of my top concert experiences in a year when the stages are infected with the dominant strain of a fervent sentiment. They share something remarkable in common: patriotism of course, taste at best, good judgement, sense of gender or social equality, a fitting programme, unconventional perspectives.

Thanks to the contributions from free-thinking artists and forward-thinking institutions, and thanks to China’s effective Covid prevention protocols, I am able to move freely between cities, bathing myself in the fantasy if not ecstasy of rhythm day in and day out.

The Beijing Symphony Orchestra, Beijing’s city orchestra, presented an Olympic themed concert on July 30th at the National Centre for the Performing Arts in Beijing under the baton of TAN Lihua (譚利華). The concert was delayed not due to the pandemic, but because the pianist who had been originally engaged for it was unprepared during the rehearsal at the end of May. A mutual consent was reached between the composer and the conductor to postpone the premiere by two months. Instead, XUE Yingjia (薛穎佳), a Viennese trained and Shanghai based pianist, was given one and a half months to get ready for it. He gave the world premiere of GUO Wenjing (郭文景)’s First Piano Concerto in C major in the second half of the concert. It took GUO almost two years to conceive and finish the piece whose piano part is as difficult as that of Prokofiev.

Commissioned by Beijing Symphony and dedicated to the Beijing Winter Olympics, the three-movement concerto has revolutionised the way how a piano concerto is perceived. Independent lines for the solo part and for the orchestra were constructed and the two merged into one as if dipping water melting from a glacier finally meets the sea after thousands of miles’ zigzagging.

Previously GUO has written two concertos for dizi or bamboo flute and one for percussion, all receiving critical acclaim. 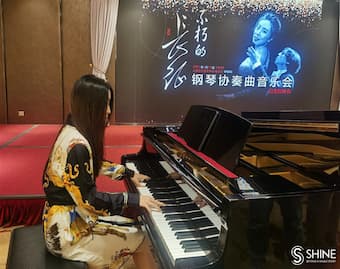 Produced by impresario DUAN Weiliang, composed by Guiyang based pianist GONG Huilin (鞏慧琳) and Germany based composer XIE Menghao (謝夢昊), the Long March piano concerto, adapted from the cantata, received its premiere on June 14th at the Shanghai Oriental Art Centre with ZHANG Liang (張亮) conducting the Shanghai Philharmonic Orchestra with GONG on the keyboard. Unlike most red music commissions, this piece is the voluntary work of two Gen Zs. It went on to be reported by the New York Times.

Quite remarkable things have been achieved by the Chinese American tenor FAN Jingma (範競馬) in Chongqing where he was born. He is the driving force behind the Chongqing Festival Orchestra which made its debut on May 23rd at the Chongqing Grand Theatre under the baton of Beijing based Belgium pianist, arranger and conductor Peter Ritzen.

Members of the orchestra came from all over China. For a matter of three days, they assembled, rehearsed and performed a full length concert including one world premiere with the Silk Road Chorus from the local normal university and American soprano Juliet Petrus.

The orchestra, inspired by the Lucerne Festival Orchestra, is fully funded by the Culture and Tourism Commission of Chongqing for this occasion. The average age of its 58 members was 25. As its founder, FAN looks forward to 10-15 concert engagements per year for the orchestra, and subsequently to founding a classical music festival plus an academy as its mother ship.

With its hall packed, Shanghai Symphony Orchestra opened the 2021/22 season on September 4th with a double bill of song cycles inspired by the same set of Tang poems. 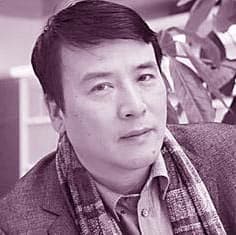 In the first half, YE Xiaogang (葉小綱)’s The Song of the Earth was set to music using the original text of the Tang poems translated into German that inspired Mahler’s Das Lied von der Erde. Veteran baritone YUAN Chenye (袁晨野) and Germany based soprano GUO Sen (郭森) were the soloists in this highly poetic and sophisticated creation.

After the break, Vienna based Chinese tenor XIAHOU Jinxu (夏侯金旭) and Germany based mezzo ZHU Huiling (朱慧玲) sang in the pairing Mahler’s swan song conducted by a hasty YU Long (余隆) who finished the cycle in less than one hour as if he were dashing to catch a midnight flight not to be missed.

The programme is identical to the orchestra’s most recent release on DG, with different singers though. Enthusiastic listeners lined up to buy signed DG recordings after the concert. 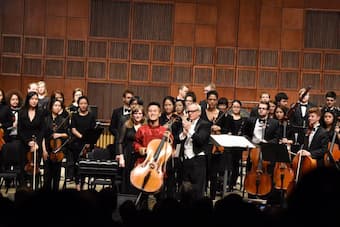 Celebrating women creativity in classical music, U.S. trained and Shenyang based cellist FANG Yijia (方義嘉) presented an all-female programme on November 5th in Nanning with pianist CHEN Sifan (陳思凡). The concert, taking place on the campus of the Guangxi Arts University, is part of the 10th China-ASEAN Music Festival hosted by the university.

This is the fifth annual cello recital in a row since FANG gave the first one in Cincinnati in 2017. The second one followed in 2018 in Vancouver. He moved to China in 2019.

A champion of contemporary music, he is best known for giving recitals featuring living composers and new commissions. In the carefully curated programme, he revisited Chen Yi‘s solo cello piece among others, giving the premiere of a suite by Chihchun Chi-sun Lee.

As he said right before the encore, Chinese women composers are way underrepresented in the male dominant field, falling behind their counterparts of the opposite sex in both commissions and on the stage, something he is determined to fully address, if not to change yet.

Several composers had their anniversaries in 2021, notably Igor Stravinsky, Astor Piazzolla, Gustav Mahler, but none had the charm like Camille Saint-Saëns. The Shanghai Symphony Orchestra programmed his five piano concertos in two nights originally scheduled with five female pianists, which would potentially turn the concert hall into a bachelor’s party for the French composer who died a century ago.

But it was the concert by the China Philharmonic Orchestra on April 18th at the Forbidden City Concert Hall in Beijing that struck me most. LIN Daye (林大葉) conducted an all Saint-Saëns programme that included Danse Macabre, Piano Concerto No. 5 and Symphony No. 3.

Violinist LIAO Haoyue (廖昊月) presented a recital at the Ningbo Grand Theatre on October 17th, putting 300 years of Western violin repertoire in a nutshell. Accompanied by HUANG Yinan from the keyboard, she introduced music by Bach, Beethoven, Kreisler, Bartok and some Chinese composers.

In her signature role as both a violinist and mentor, in the beginning of a set of pieces, she talked to the audience, explaining the pieces in the context of the music history before fixing her bow, a gesture that reminded me of Leonard Bernstein in Young People’s Concerts: to make music more accessible.
Not all the violinists could talk and not all the lecturers could play. LIAO clearly knows what she is doing. If only she does it on a grander scale.

Harvest Song of the Fishermen by Li Zili

Mahler cycle back to life

In the beginning of 2020, the performing arts giants of Guangzhou, namely the Xinghai Concert Hall and the Guangzhou Opera House, jointly announced a Mahler festival, an ambitious plan to perform all of Mahler’s major orchestral works across the stages in town. It fell apart due to the outbreak and the pandemic.

As the infection eased, both establishments decided to pick up what had been left. The curtailed Mahler series consisted of the screening of stock films from Unitel, as well as live and in-person performances by some visiting orchestras like Ningbo Symphony and Shenzhen Symphony Orchestra.

LIN Daye conducted Shenzhen Symphony Orchestra in the Sixth at Xinghai Concert Hall on December 3rd. Decisive and powerful, LIN brought the most tragic episodes of Mahler’s score back to life as if the audience was confronted in front of their eyes with the fatal blows to the composer after he finished the piece. The string as well as the wind sections excelled throughout the concert.

Music that makes a difference

Cellist Chiao-Hsuan Kang played Max Bruch’s Kol Nidrei, op. 47 from Zhengzhou on July 21, 2021 amid a biblical rainfall that flooded the city and left many households with no running water.

Born in Taiwan and based in Zhengzhou of Henan province of China, Kang just performed a cello concerto in Shanghai with the Suzhou Chinese Orchestra in mid-July. Upon returning home before moving on to Chengdu where she teaches at a local conservatory, she was caught hot in the biblical rainfall that stopped her from travelling.

Facing water cut, water leakage, power shortage and a weak mobile coverage, she managed to record this video from home to comfort the victims of the flood.
She hopes that the music will bring peace to those suffering in the disaster.

Salon music prevailed in Shanghai in the old days among foreign concessions. The fashion was briefly revived in the 1990s by Derk Er, a famed photographer and arts patron, but was dropped soon after as his studio was relocated.

Shanghai based French violinist Guillaume Molko decided to revive music in the salon. He gave the first Salon de musique in Shanghai at his studio in April, making his recital debut in a programme of Bach, Ysaye, Kreisler and Schnittke. The salon was presented on a monthly basis.

Japanese designer Chiharu Shiota’s installation I Hope was on display at the Chi k11 art Museum in Shanghai. In order to empower contemporary art with acoustic delight, art philanthropist Cathy Hau initiated a four-concert series at the museum with chamber music played by Shanghai based rising stars in September.
The second concert of the series took place on September 16th. Korean pianist Diane Kim presented a carefully and wisely curated programme of Rameau, Satie, Debussy, Glass and Scriabin that fit into the myriad of red ropes in the backdrop.

Look forward to more live music in the museums.