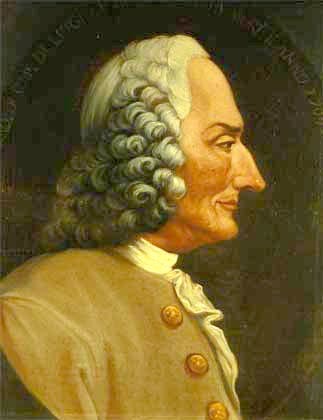 Voltaire rightfully called Jean-Philippe Rameau (1683-1764) “le premier musicien de France.” Simultaneously looking backward and forward over French musical history, Rameau’s compositions uniquely capture the spirit of the Enlightenment. In all, Rameau published four books of keyboard music. The collections of 1706 and 1724 presents conventional 17th century dance suites, while the third volume, published around 1728, is entirely more ambitious. Finding inspiration in nature and the theater, the collection includes highly descriptive pieces with rather evocative titles, such as La poule (The hen).

The clucking motif, which dominates the composition, appears in both minor and major harmonies. Although Rameau cleverly attempts to transcribe a sound of nature, one might easily forsake the barnyard imagery and hear the composition as pure music. Rameau essentially uses the keyboard as a sustaining instrument, “and the last forte makes clear the seriousness of the piece. This tragic impatience of the climax seems to close the drama in violence.” L’Enharmonique (The Enharmonic) and L’Egyptienne (The Egyptian) look forward to the harmonic and formal convention of the early classic period. 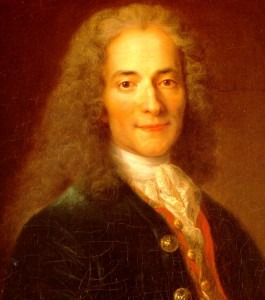 The large majority of Rameau’s keyboard compositions were composed before he tried his hand at opera. The same scenario is true for much of his sacred music. He composed a number of motets between 1713 and 1723, and designed them on a grand scale. Inspired by the structural designs developed by Lully, Lalande and Campra, these works alternate solos, duets, trios, quartets and impressive choruses. Deus noster refugium (God is our hope), a setting of Psalm 46, places the emphasis on an exquisite musical progression rather than interpreting the text.

Between 1718 and 1728, Rameau composed six chamber cantatas. Le berger fidèle (The Faithful Shepherd) was inspired by the work of Italian poet Giovanni Battista Guarini. The cantata is scored for tenor voice and a small instrumental ensemble consisting of two violins and basso continuo. The action takes place in the fictional pastoral land of Arcadia, the idyllic home of shepherds and nymphs. Arcadia is threatened by a curse of the goddess Dianna, which requires either the marriage of two descendants of divine lineage or the sacrifice of a chaste nymph. Various love triangles later, all ends well.

With Le berger fidèle Rameau prepared the way for his work on a large number of different dramatic genres. Please join me next time, when we sample Rameau’s musical powers on the dramatic stage.