In Tune Arts
Misia Sert – Muse and Patron to Poets, Painters and Musicians I
by Ursula Rehn Wolfman June 12th, 2016 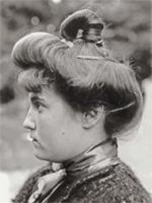 One of the most extraordinary and colorful women in France at the turn of the 20th century was Misia Nathanson-Edwards-Sert, née Godebska — muse, inspiration and patron of the arts to many of the most prominent writers, painters and musicians. 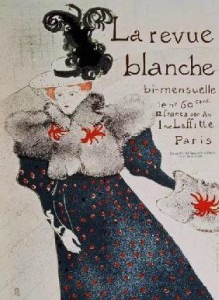 Born in 1872 in St. Petersburg, Russia, Marie Sophie Olga Zenaïde (Misia) Godebska was the musically gifted child of a prominent noble Polish family, which included, on both father’s and mother’s sides, jurists, court chamberlains, government officials, musicians and artists, many engaged in the Polish struggle for independence. Some emigrated to France when Poland disappeared from the map of Europe after its last partition in 1795. Misia’s father, Cyprien Godebski, a well-known sculptor, was born in France and was a contemporary of the illustrious French painters and writers such as Degas, Monet, Manet, Pissarro, Renoir, Verlaine and Mallarmé, all of whom would be part of Misia’s world as well. Misia’s maternal grandfather, Adrien-François Servais, was one of the most celebrated cellists of his time – Franz Liszt, Hector Berlioz, Anton Rubinstein and Hans von Bülow were frequent visitors to his salon. Beethoven, Liszt, and above all, the avant-garde Wagner, were venerated in the Godebsky household – Misia absorbed it all and started playing the piano even before she could read notes or words, or write. She once found herself on Liszt’s lap playing Beethoven — with the master exclaiming (tongue-in-cheek) “Ah, if only I could play like that”, and promptly predicting a great future for her. Gabriel Fauré became Misia’s teacher, convinced that she had the talent to become a professional pianist. She, however, clever, charming, vivacious and beautiful in an unconventional way, decided to marry Thadée Nathanson (a wealthy distant cousin), and to Fauré’s chagrin, to abandon her professional career as a concert pianist. 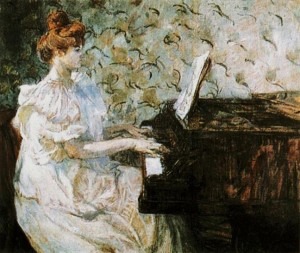 Fauré often brought the young Ravel and Debussy to the Nathanson’s many soirées. They had become the center of Parisian society, and the beautiful, young, wealthy Misia would often play Beethoven for their assembled guests. The Nathanson’s wealth, as well as their unerring eye for the works of their contemporaries, allowed them to purchase many paintings not often appreciated by the general public. However, in financial difficulties later in his life, Nathanson had to auction off many of his possessions, among them nineteen Bonnards, twenty-seven Vuillards, as well as works by Cézanne, Daumier, Guys, Redon, Seurat and Vallotton.

Nathanson had founded La Révue Blanche, to which many famous symbolist writers and artists contributed. The Nathanson’s Parisian salon as well as their country estate, La Grangette, became the meeting points of the Parisian haute bourgeoisie, with regular visitors such as Prince and Princess Poniatowski, Mirabeau, Colette, Redon, Vuillard, Sisley, Pissarro, Zola, Toulouse-Lautrec, Proust, Verlaine and Mallarmé, many of whom became Misia’s close personal friends. In his poem ‘Apparition’, Mallarmé evokes Misia: 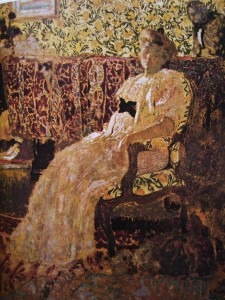 … And in the evening you appeared to me, laughing
And I thought I saw the fairy with the hat of clarity
Who once passed through my beautiful dreams of the spoiled child
Letting fall like snow from her half-closed hands
White bouquets of perfumed stars. 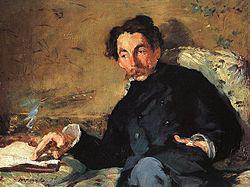 Misia was heard whispering these lines while she played the piano for him, which were for her, ‘words carved into a thousand precious stones whose facets dazzled me, blinding me so wondrously, that my eyes filled with tears’ (Gold, A. and Fizdale, R., Misia, 1980, p. 60) … as the music faded away. Mallarmé also presented her with fans – every year on New Year’s Day – of which only one survives. It bears the following inscription:

Many paintings of Misia by the most prominent painters of her time attest to her popularity as an artist’s model, the different paintings showing her at the piano, in her salons, with husband and friends. It was said that the painter Vuillard was especially infatuated with her – his numerous paintings of her are a testimony to that very fact. Toulouse-Lautrec called her ‘L’Alouette/The Lark’, was one of her closest friends, and painted her often. One of the covers of La Révue Blanche is his drawing of her in a beautiful ice-skating costume and a hat with feathers like plumes of smoke rising into the air. Very much part of Lautrec’s world, Misia and friends often frequented Montmartre and its cafés concerts, where they heard Yvette Guilbert (also often painted by Toulouse-Lautrec), Aristide Bruant performing at the Chat Noir and Vincent Hyspa singing to Erik Satie’s accompaniment, while Claude Debussy, ‘aloof and enigmatic, sat quietly listening in a corner’ (ibid, p. 42). The fin-de-siècle world of theatre, dance and art would become Misia’s new focus. Divorcing Nathanson, becoming the mistress, then the wife of the very wealthy business entrepreneur, Alfred Edwards, she now had the financial resources to support a new generation of artists. Her involvement and influence in the arts continued… as will her story, next month!