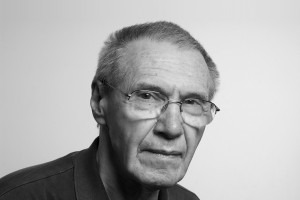 90 years ago, the composer György Kurtág was born in the town of Lugoj, a Hungarian/German settlement that was ceded to Romania by the treaty of Versailles in 1919. Growing up at a cultural and linguistic crossroads, it’s hardly surprising that Kurtág speaks Romanian, Hungarian, German, French and English, and he even taught himself Russian in order to read Dostoevsky in its original language. Always searching for new challenges, Kurtág recently added ancient Greek to his language repertoire. This kind of determination and restless curiosity was kindled at age 13, when he heard Schubert’s “Unfinished Symphony” on the radio. From that point onwards, Kurtág decided to become a composer. He took piano and composition lessons in the town of Temesvár, and always hoped to further his studies with Bela Bartók. However, by 1945 Budapest was devastated by the war and Bartók had just died in New York.

Kurtág enrolled at the Budapest Academy of Music in 1946, and forged important friendships and artistic relationships. Ferenc Farkas, György Ligeti and Leó Weiner took the young composer under their wing, yet life behind the iron curtain was not all fun and games. Radio frequencies from the West were permanently jammed, and Kurtág was completely isolated from the European avant-garde. The communist party even banned the works of Bartók between 1949 and 1953! Following the uprising in 1956, Kurtág was able to study in Paris for one year. Being exposed to the music of Milhaud, Messiaen and Webern, and contemplating the severe isolation he experienced under communist dictatorship, triggered a debilitating depression. “I realized to the point of despair,” he remembers, “nothing I had believed to constitute the world was true…” Working through his dejection with art psychologist Marianne Stein gave Kurtág the insight that “simplicity allows for direct, personal expression.” In fact, Stein suggested the controlled exploration of music within clearly defined limits, even if that limit happened to be only 2 notes. Kurtág undertook a process of cleansing his compositional palate of all empty gestures, and he reached the age of 33 before he was willing to give any of his works an opus number.

For Kurtág, “single events, banalities, led to reactions that I could translate into music more easily than into words.” In his quest to find his compositional voice, Kurtág frequently reduced music to the level of a fragment. Entire cycles of pieces are built from small shards of pure musical extremity. “Kurtág’s fragments are about musical and, above all, expressive intensification: maximizing the effect and impact of every note, every gesture.” Almost paradoxically, because of the conciseness of his musical prose, the pieces take on a static and timeless character. As a critic once remarked, “it is like opening a trapdoor in your floor and dropping for a moment into the infinity of the cosmos. It is as if Kurtág was trying to wrestle images of beauty and solace from a world of never ending darkness.” When he received the 2014 BBVA Foundation Frontiers of Knowledge Award in the category of Contemporary Music, the commendation read, “The novel dimension of his music lies not in the material he uses but in its spirit, the authenticity of its language, and the way it crosses borders between spontaneity and reflection, between formalism and expression. Kurtág at 90 has no plans of slowing down, and he still appears on the concert stage with his wife Márta. Besides composing and performing he excels in teaching master classes for chamber music. “I understand music only when I teach,” he says, “Even if I listen to it or play it myself, it’s not the same as working on it and trying to understand it for others.”