Richard Farrell (1926-1958) was, literally, one of those musical geniuses who came out of nowhere. Well, not really nowhere, but certainly far away from the usual centers of musical supply. Born in Auckland, New Zealand, and spending most of his youth at the other end of North Island in Wellington, he showed his musical precocity young. His radio debut occurred in 1930, when he was 4. At age 7 he wrote his first composition and it was performed by the Wellington Symphony Orchestra, a lament on the death of a local Archbishop. 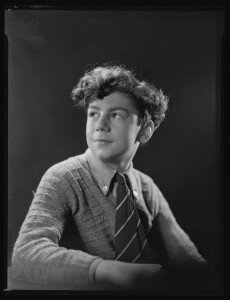 He moved to Australia with his mother and two brothers when he was 12, so he could attend the New South Wales Conservatorium of Music, to study with Alexander Sverjensky, a Russian musician and piano teacher who had been in Australia since 1925, setting there after an international tour with the Russian opera soprano Lydia Lipkovska. Sverjensky brought an international breadth of programming to his concerts, with an emphasis on Russian works, introducing the music of Prokofiev to Australia.

While in Sydney, Farrell attracted the attention of European musicians touring Australia, including Artur Rubinstein and Richard Tauber. Eileen Joyce, an Australian pianist with a European career also commended him. Tauber offered Farrell a European tour, but WWII made this impossible. 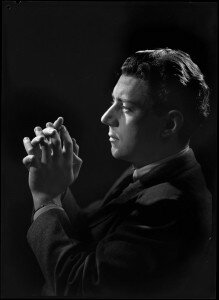 In 1945, Eugene Ormandy, conductor of the Philadelphia Orchestra, invited Farrell to come to America when he was ready. He spoke about Farrell to the pianist William Kapell, who saw him on his 1947 tour of Australia. On Kapell’s recommendation, he was awarded a full scholarship to the Juilliard School to study with Olga Samaroff, who said he was the best student she’d ever had. Along with piano with Samaroff, he also studied conducting with Serge Koussevitzky.

At Juilliard, he came to the attention of Aaron Copland, and became a specialist in his 1941 Piano Sonata. Copland commended Farrell for performing it from memory, a feat that even he, as the composer, couldn’t do. Farrell began his concert career, touring the US and then New Zealand. He made his Carnegie Hall debut in 1948 and appeared with the New York Philharmonic in 1950, with Grieg’s Piano Concerto in A minor. 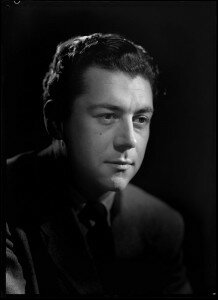 In 1951, Farrell moved to London and became a protégé of Princess Marie Louise, granddaughter of Queen Victoria.

His playing wasn’t solely for piano alone. He accompanied all of the Beethoven violin sonatas in a series at Wigmore Hall. The Richard Farrell Piano Quartet toured for three seasons around Europe. He also played with the London String Quartet and with other soloists such as Pablo Casals.
His Carnegie Hall debut at age 21, on Saturday 16 October 1948, where his performance of the Copland Sonata was praised by the review (C.H.) as being a ‘virile reading’ where ‘under his fingers the music emerged in all its shapeliness, full of contrast of character…and yet a unified whole’.

The review closed with ‘Mr. Farrell will go places.’

Unfortunately, on 27 May 1958, there was a car crash near Arundel, Sussex, where a car met a tree, killing all occupants of the car, including Richard Farrell.

Farrell, just 31 at the time, clearly had a great career ahead of him. In his last tour of New Zealand in 1956, he had begun to perform some of the most difficult pieces of his career, including works by Brahms, Chopin, and Liszt.


Throughout his career, he was praised, with no less than Artur Rubinstein declaring that the 3 finest pianists in the world were himself, William Kapell, and Farrell.

The final part of his career started with a move to Zürich, Switzerland, in preparation for fulfilling his greatest ambition, which was to be a conductor. Given the praise for his sensitivity as a pianist, we can only imagine what he could have brought out of an orchestra as a conductor.