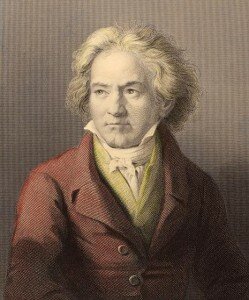 One of the most interesting of the small forms is the variation. Typically, a theme is presented so that the audience is on the same footing at the composer. Then, the composer shows off by taking the original theme and making 15 new things out of it. Here’s it in major, in minor, with a new rhythm, and with frills and curlicues added. The audience has its own role in figuring out what new trick the composer is bringing to something familiar.

One of the first variation sets that catches our attention is Mozart’s 12 Variations on Ah, vous dirai-je, maman, K. 265. Don’t recognize the name? Perhaps you might think of it as Mozart’s variations on “Twinkle, Twinkle Little Star.” These were probably written in the summer of 1778, when Mozart was in Paris. The song was already popular in France as the basis for a variation set as early as 1761. The first statement of the theme is as simple as possible before launching into the variations. We have the theme in double time (var. I), the bass in double time (var. II), right-hand arpeggios (var. III), followed by left-hand arpeggios (var. IV), and so on. By the time we’re on the 7th variation, the theme has shifted to the minor. The last variation returns us to the theme but now with a new bassline. 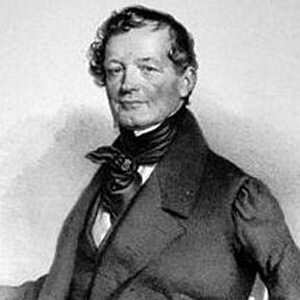 Another way of doing a variation set was to use a well-known piece of music by another composer. One of the most famous examples of this are the Diabelli Variations. In 1819, the music publisher Anton Diabelli wrote a waltz and then sent it to all most important composers of the Austrian Empire, including Franz Schubert, Carl Czerny, Johann Nepomuk Hummel, and even the Archduke Rudolph. The 11-year-old Liszt was given the assignment by his teacher Czerny. All in all, he received and published some 50 variations on his theme.

Diabelli: 50 Variations on a Waltz by Diabelli: Theme (Artur Balsam, piano)
The young Liszt rose to the occasion

Liszt: 50 Variations on a Waltz by Diabelli: Variation 24, S147/R26 (Rudolf Buchbinder, piano)
And the Archduke presented a tidy package as well: 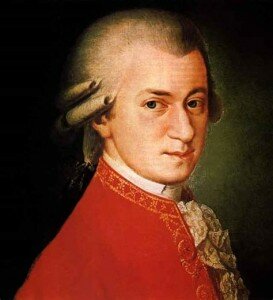 It’s Beethoven’s setting, however, that garnered all the attention. It’s of some debate whether Beethoven was asked and refused because he disliked the theme, or he wasn’t asked and wrote his variation set to show how far he could go with it. Or, he was separately commissioned by Diabelli for a full variation set on the little theme. Whatever the case, his 33 Variations take us around all the places the theme could go.

Beethoven: 33 Variations in C Major on a Waltz by Diabelli, Op. 120, “Diabelli Variations” : Variation 22: Allegro molto (Rudolf Buchbinder, piano)
With that feat, Beethoven gives us a variation on Diabelli’s melody as taken through a variation/parody of a Mozart melody – he was truly showing off!