Between June 1783 and July 1791, Wolfgang and Constanze Mozart had six children, but only two survived infancy. Their first child was conceived shortly after their wedding on 4 August 1782, and Raimund Leopold was born and baptized on 17 June 1783. Mozart proudly writes to his father, “Congratulations, you are a grandpapa! Yesterday, the 17th, in the morning at 6:30 my dear wife successfully gave birth to a large, strong and round-as-a-ball baby boy.” 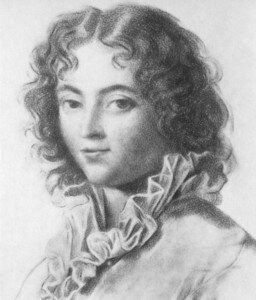 Mozart seemed somewhat embarrassed to tell his father that his landlord, Baron Raimund von Wetzlar, would be the baby’s godfather. Wolfgang did not want Constanze to nurse the baby herself, and the boy was given to a wet nurse. According to Friedrich Rochlitz, the founder and editor of the Allgemeine musikalische Zeitung, Mozart composed substantial portions of the D-minor Quartet, K. 421 while Constanze was in labor. Constanze corroborated Rochlitz’s account, writing, “that the agitation Mozart suffered and that her cries are to be traced in several passages.” 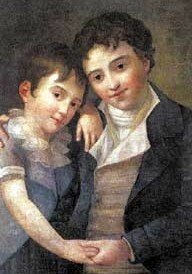 Baby Raimund Leopold was apparently doing well, with Mozart reporting “the child is quite cheerful and healthy, and has a dreadful amount of business, which consists of drinking, sleeping, crying, peeing, pooping, dribbling, etc.” Mozart was certainly a proud papa, as he started to tell everybody that “Raimundl” looked just like himself. Since Constanze had not yet been introduced to Leopold Mozart, the young couple traveled to Salzburg and left their infant son in the care of the wet nurse in Vienna. And disaster struck on 19 August, as Raimund Leopold suddenly died. Wolfgang and Constanze would have received the tragic news a couple of days later. The cause of death was diagnosed as “Gedärmfries,” a fever caused by an untreatable infection. Wolfgang and Constanze were deeply affected, and a few months later Mozart writes, “Regarding our poor, big, fat, dear little boy we are both really suffering.”