Features
John Williams and the Sound of Our Lives
by Maureen Buja November 23rd, 2015 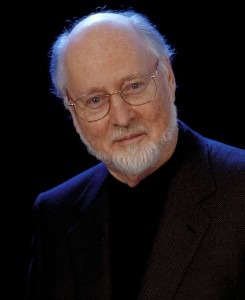 Film music has always tread that fine line between classical and not-classical. Should it be considered ‘light’ classical or not classical at all? But film music itself is an interesting genre. There are so many films for which the music itself is a wash – nothing memorable comes out of the theatre with us. On the other hand, nearly all the film music by John Williams is memorable. He captured the very difficult skill of making the music match the scenery…and when the scenery is the world of space, the music can only match the phenomenal vision.

When you look at the breadth of his composition skills, it’s rather like asking one of those trick trivia questions: What links The Valley of the Dolls, Goodbye Mr. Chips, and The Poseidon Adventure? All had scores by John Williams.

In 1974, Williams began working with Steven Spielberg, first on the music for The Sugarland Express and then for Jaws (1975). It’s now that his music follows us out of the cinema, and onto the beach, with that two-note repeating ostinato. Just as Bernard Hermann’s mad shrieking violins indicated killer-with-a-knife-behind-the-shower-curtain in Psycho, William’s menacing shark sound still stands, 40 years later, for that same image.

Williams: Jaws: Main Theme (London Symphony Orchestra; John Williams, cond.)
It was with the Star Wars epics that Williams’ vision for a new kind of movie music really took form. From the opening main title theme that takes us from the military opening to the more impressionist floating theme in the flutes, we know that we’re in a new kind of movie and with a new movie theme to carry us through. As you sit in the dark theatre, trying to read the words flying up the screen and then having to duck as the first space ship enters over our head, seemingly without end….we’re not in Kansas anymore.

Williams’ music carries us back to the 19th century and to the vast orchestral ideals established by Wagner. Every character carries his own theme, the leitmotif from the Ring Cycle, and, in these vast sprawling space operas, that musical reminder helps us understand the relationships, interpret what we’re seeing, and get the grandeur in perspective. The Imperial March from The Empire Strikes Back is a mix of Wagner and Verdi, but written by a composer who understands them both and can make something new for us.

Williams: The Empire Strikes Back: The Imperial March (London Symphony Orchestra; John Williams, cond.)
Compare this with the March from Raiders of the Lost Ark and here we have a very different kind of March. This is the plucky heroine and the good-looking and impetuous hero and not the weight of empires.

Williams: Raiders of the Lost Ark: Raiders March (London Symphony Orchestra; John Williams, cond.)
Luke Skywalker, Princess Leia, Darth Vader, Harry Potter, Superman, Indiana Jones, and many other characters who formed our vision of the possibilities of the imagination took their musical form under John Williams. It is only fitting, now, that the American Film Institute plans on honoring John Williams in June 2016 with a Life Achievement Award, where he will be the first composer so honored.