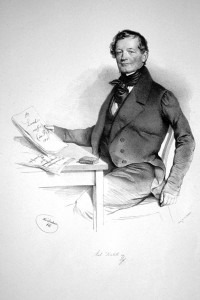 It’s one of those things – you come up with a great project, you get a lot of people involved, they give you brilliant stuff and then one person comes along and trumps everything. And so it was with Anton Diabelli. In 1819, he decided to publish a set of variations based on a waltz he’d written. The important difference was that he didn’t write the variations. He sent his waltz out to every important Austrian composer living, and a couple of non-Austrians, and they sent him back their own variation on his melody.

This was to be published as a work entitled Vaterländischer Künstlerverein (The Patriotic Artist’s Club). Fifty-one composers complied, sending in their single variations, except for that over-achiever Beethoven, who sent in a set of 33 variations. 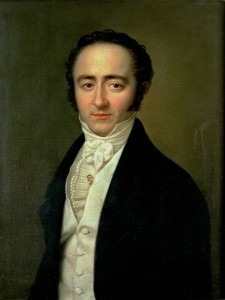 Diabelli: 50 Variations on a Waltz by Diabelli: Theme (Artur Balsam, piano)
The list of composers (see below) is interesting, however. Of the 51 composers, we know very few of them today. They may have been important in 1819, but by 2016, most had vanished off the musical scene. Let’s take a look at what Diabelli reaped (ignoring Beethoven’s contribution).

Carl Czerny wrote only a little 30-second piece, but, more importantly, he had his student, the eight-year-old Franz Liszt contribute. 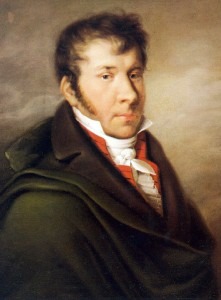 We can immediately hear the precocity of Liszt’s contribution. No delicate dance work for him, as we heard in the Czerny variation, he launches out immediately with bold gestures and a strong bass line.

Mozart’s student, Johann Nepomuk Hummel, can be contrasted with one of Hummel’s own students, Mozart’s son Franz Xaver Mozart, born some 5 months before his father’s death. 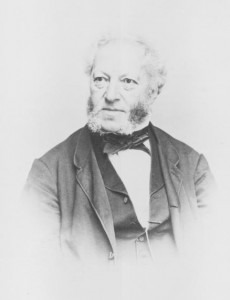 Ignaz Moscheles, considered one of the leading piano virtuosos in Vienna of the time, also contributed a variation, as did Franz Schubert. Here we can hear the difference between a master virtuoso on the piano and a master virtuoso of song. Schubert takes the variation to the minor and gives it a poignancy that we’ve missed in the other variations. 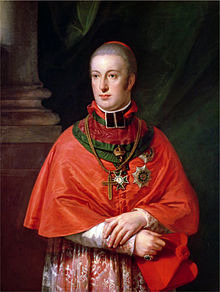 Rudolph, Archduke of Austria: 50 Variations on a Waltz by Diabelli: Variation 40 (Artur Balsam, piano)
The coda to the whole project was supplied by Carl Czerny, who had quite a task to bring this tremendous variation set to a close (which he does quite dramatically).