Opinion
Variations on a Theme
by Frances Wilson May 31st, 2018 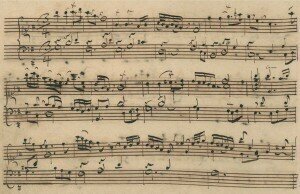 Think of a series of riffs on an idea, in a variety of styles, moods, rhythm and tempi, and you have the basic framework for a Theme and Variations. As the initial theme is presented in a different way, so the listener (and performer) explores and “re-hears” the theme. In the Theme and Variations form, the possibilities are infinite……

Johann Sebastian Bach
Goldberg Variations (Clavier-Übung IV) BWV 988
Aria
Igor Levit
The piano literature contains a number of significant – and extensive – works which take the form of a theme with variations, the most notable being Bach’s Goldberg Variations (urban legend has it that these were written to help cure insomnia), Beethoven’s Diabelli Variations (described by pianist Alfred Brendel as “the greatest of all piano works“), Schumann’s Symphonic Etudes, Brahms’ Handel and Paganini Variations, Rachmaninov’s Rhapsody on a Theme of Paganini and Corelli Variations, and Rzewski’s The People United Will Never Be Defeated!, a set of 36 variations on a Chilean protest song.

Frederic Rzewski
The People United Will Never be Defeated
Igor Levit
In the hands of Bach, Beethoven and Brahms in particular, the myriad variations take on a cumulative meaning in which the next variation adds meaning to the previous, and also to the original theme. The Theme and Variations form is simple in its concept, yet the changes – variations – on the initial theme create a profound emotional effect and take listener, and performer, on a monumental musical and creative journey. In works like Bach’s Goldberg Variations or the variations which form the final movement of Beethoven’s last piano sonata, Opus 11, re-finding the theme from the profusion of variations that come before make this music incredibly powerful. One has the sense of the music finally “coming home” at the end.

In Mozart’s skillful hands simple themes (including the song commonly known as ‘Twinkle Twinkle Little Star’) are wrought into charming, witty and imaginative sets of variations. The Duport Variations (K573), based on a minuet theme by cellist Pierre Duport, are the last of Mozart’s 15 sets of variations. His piano sonata K331 is unique in that its first movement is a theme and variations, and its lilting theme is one of his most memorable creations.

Wolfgang Amadeus Mozart
Sonata for Piano No. 11 in A major K331
I. Tema (Andante grazioso) con variazioni
Mitsuko Uchida
In every set of variations, the opening theme is stated simply and unadorned, thus making its transformations during the course of the variations all the more fascinating. Each variation is a miniature miracle in its own right, rich in character and emotion (take the third variation from Beethoven’s Op. 111, which sounds like boogie-woogie or jazz with its wild rhythms), and incorporating features such as counterpoint, texture, harmony and rhythm to create contrast. Add to this the wide variety of approaches and interpretative possibilities which pianists bring to these works and one can really appreciate the rich seam of music which the Theme and Variations genre offers.