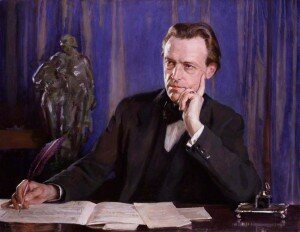 Known as the “English Debussy” Cyril Meir Scott (1879-1970) tellingly remarked, “That I should appeal to Eastern taste is curious because I have never been to the East, nor have I heard much Eastern music. I can, therefore, only account for the fact by my extensive study of Oriental philosophy.” But let’s first start in the beginning. Highly talented, Scott was sent to the Frankfurt Conservatory at the age of 12 and studied under Engelbert Humperdinck. A second study period in Frankfurt commenced in 1895. Together with his fellow composition students Percy Grainger, Norman O’Neill, Roger Quilter and Balfour Gardiner, Scott was soon dubbed the leader of the “Frankfurt Group.” The principal aim of the group was to “stand apart in outlook and education from the mainstream of the conservative British musical establishment.” The conductor and composer Eugene Goossens even called him “The Father of Modern British Music.” Not entirely unexpected, his serious compositions—including symphonies, operas and extended chamber compositions—did not resonate with the public. Instead, he became primarily known as a composer of countless popular short songs and piano pieces. 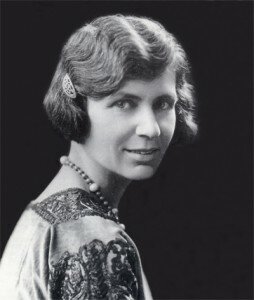 His greatest hit was undoubtedly Lotus Land of 1905, which used Orientalist musical techniques common to modernist composers representing the exotic East. Pentatonic contours are freely and fancifully decorated and the influence of traditional Chinese stringed instruments emerges in the central section. The great violinist Fritz Kreisler thought it a “charming trifle” and promptly fashioned an arrangement for piano and violin. Scott’s marriage to the novelist Rose Allatini in 1921 ignited his interest in Indian philosophy. He initially became a “Vedantist,” that is, a believer in a system of Hindu philosophy that teaches the follower to “transcend the limitations of self-identity and realize one’s unity with Brahman.” Scott diligently studied naturopathy, osteopathy and homeopathy and extensively published on these topics. In fact, a good many of his writings would be translated into various languages. In addition, Scott published several volumes of poetry with such colorful titles as “The Shadows of Silence and the Songs of Yesterday,” or “The Grave of Eros, and the Book of Mournful Melodies, with Dreams from the East.” And he certainly used translations of Chinese poetry by the Sinologist Herbert Allen Giles as the basis of his compositions. 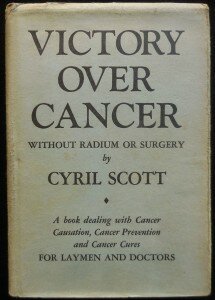 Victory over Cancer by Cyril Scott

Scott’s settings of “Picnic,” “An Eastern Lament,” and “A Song of Wine” relinquishes the use of orientalist musical devices. Percy Grainger wrote, “Scott composes rather as a bird sings, with a full positive soul behind him, drawing greater inspiration from the mere physical charm of natural sound, than from any impetus from philosophical preconceptions or from the dramatic emotion of objective life.” As with his other compositions, however, these songs are dedicated to various “Seers” or “Yogi.” The “Eastern Lament,” for example, is dedicated to Swami Abhedananda, an Indian spiritual teacher. Scott was not merely interested in mystical and orientalist elements from India and China; he also turned his attention towards Japan. Although there is no distinctively Japanese component in his Soirée Japonaise, the piece significantly differs from his “Chinese works.” Claude Debussy was certainly impressed, as he called Cyril Scott “one of the rarest artists of the present generation.”