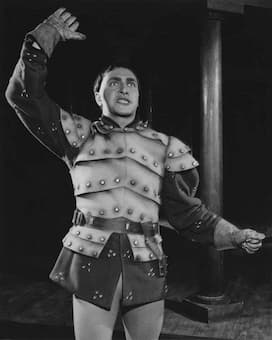 
Sentiments beautifully expressed by celebrated Canadian actor Christopher Plummer who recently passed away, age 91. One of the most brilliant Shakespearean actors of our time, his roles in film, television, and the theater comprise every genre and drew accolades over the seven decades of his career. Recognized world-wide as Captain von Trapp in the movie Sound of Music—a true story of the Von Trapp Family Singers, well-known performers in Austria who escaped Nazi-invaded Europe—is one of the most popular movies ever produced.

Born in Toronto, Canada in 1929, Plummer grew up in Montreal into a life of privilege, which stirred his zeal for rebellion. (His mother, Isabella Mary Abbott Plummer was a granddaughter of a Canadian prime minister and a railroad president). As a teenager, Plummer trained as concert pianist, (in fact in the breathtaking film Remember, which he filmed at age 87, he did all the piano-playing. Hear him speak about encounters with Glenn Gould) but soon he realized acting came most naturally to him. He became known for his amorous exploits, his drinking, and his cranky personality as well as his uncanny abilities in acting. 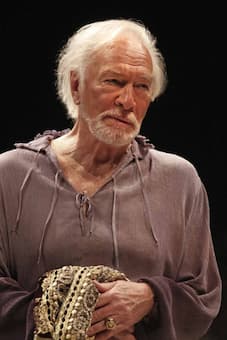 Christopher Plummer as Prospero in The Tempest. Photography by David Hou © Stratford Festival

Plummer portrayed the disturbed protagonists of Shakespeare’s most famous dramas including Othello, Richard III, King Lear, The Tempest, and Julius Caesar. In 1956, he played the title role in Henry V at the Ontario, Canada, Stratford Shakespearean Festival — where he subsequently appeared for eleven seasons. The play became one he was long associated with.

British composer William Walton wrote incidental music to over a dozen films including, in 1944, Shakespeare’s Henry V. Legendary actor Laurence Olivier produced and directed the film and also starred in the leading role. It earned several awards and Walton’s brilliant music greatly contributed to the success of the movie. Years later, feeling the music deserved a wider public, the musicologist, orchestrator, arranger, and huge fan of Walton’s music, Christopher Palmer, compiled a one-hour score, “Henry V: A Shakespeare Scenario” for narrator, chorus, and orchestra. Christopher Plummer and conductor Sir Neville Marriner had developed a friendship, so it was no surprise that Plummer was chosen to narrate the premiere performance and the subsequent recording of the work. The collaboration could only have been enhanced by Plummer’s association with music early in his life. The premiere in 1990, at Royal Festival Hall in London, also featured the St. Martin in the Fields Orchestra. 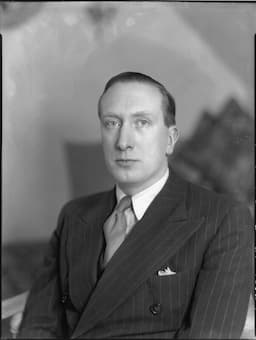 Sir William Walton, was the son of a choirmaster and vocalist. He studied violin and piano and sang as a youngster, and was a self-taught composer. Somehow, despite four years at the University of Oxford, he failed to graduate. But he did meet a family that would be pivotal in his career—the Sitwell brothers. Walton traveled with them, lived with them, and during this time Walton met Stravinsky, Schoenberg, and Gershwin, and studied with Ernest Ansermet and Busoni. Walton composed a chamber piece entitled Façade for Sitwell’s sister Edith, music set to her idiosyncratic poetry. It’s a terrific work despite the outraged comments it elicited, such as from the clarinetist Charles Draper, who asked, “Mr. Walton, has a clarinet player ever done you an injury?” Listen to an excerpt with soprano Barbara Hannigan, maestro Simon Rattle, and members of the Berlin Philharmonic.

After Walton composed two orchestral works, Sinfonia Concertante for piano and orchestra, and Portsmouth Point he started to prove himself as a composer. In the late 1920s the renowned conductor Sir Thomas Beecham suggested Walton write a viola concerto for the violist Lionel Tertis, but the artist refused to perform the piece. In his stead, the work was premiered by Paul Hindemith. It’s a lovely concerto which today has an acknowledged place in the viola repertoire.


During the Second World War, in exchange for an exemption from military service, Walton was assigned to the Army Film Unit to compose propaganda films. It was during this time that Walton wrote the music for Olivier’s version of the Shakespeare play Henry V. Partially funded by the British government, Winston Churchill himself asked Olivier for a morale-boosting film for British troops. The movie’s release coincided with the Allied invasion of Normandy.

Orchestras and their audiences were fortunate that Plummer graced several of our stages with this work. He recorded Henry V in 1966 with the New York Philharmonic, Leonard Slatkin conducting, and he appeared at Avery Fisher Hall in 2011, once again with the New York Philharmonic, Alan Gilbert conducting. We were privileged when Neville Marriner the music director of the Minnesota Orchestra from 1979-1986, brought Henry V and Christopher Plummer to Minneapolis and our audiences. 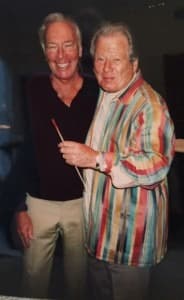 The banter between the two of them during rehearsal is reflected in this photo I was able to take. The narration was thrilling:

and the music is gloriously colorful and dramatic, regal and invigorating, and brimming with significance. Listen for the effects such as ponticello in the strings, shimmering tremolo, and rousing snare drum beats that accompany dazzling brass flourishes in the Agincourt movement.


I remember not needing the visuals of the film to sense the intrigue and urgency of the storyline in this exhilarating composition. Walton’s use of the harpsichord harkens back to Baroque music, and The Night Watch captures the “creeping murmur and the pouring dark” with its muted strings and trumpets playing from afar, offstage. The conclusion thunders with the sound of the chorus, bells, cymbals, and brilliant string passagework.


Walton composed an enormous number of works for someone who worked slowly and painstakingly. He wrote a romantic violin concerto commissioned by Jascha Heifetz, a beautiful cello concerto, symphonies, ballets, keyboard works, multiple vocal works, operas, as well as the film scores. Walton’s music must certainly be included as some of the great music of the 20th century.