In Tune Arts
Composers and their Poets: Schoenberg I
by Maureen Buja February 3rd, 2017
Tags: Schoenberg 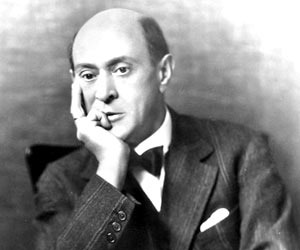 We don’t generally think of Arnold Schoenberg (1874-1951) as a song composer but he wrote them from his earliest days as a composer in the early 1890s until the early 1930s. The poets that he set were some of the best known, and sometime the most infamous, of his day. We see lyrics from authors such as Hugo von Hoffmanstal (1874-1929), better known for writing the librettos for 6 of Richard Strauss’ operas, including Elektra, Der Rosenkavalier, and Arabella; Richard Dehmel (1963-1920), whose works were attacked for being both obscene and blasphemous; and Frank Wedekind (1864-1918), who served prison time for some of his satirical poems. 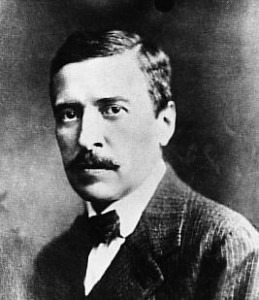 He set von Hofmannsthal’s Die Bieden (Sie trug den Becher in der Hand (She took the beaker in her hand)) as part of his Op. 1 songs in 1899. The song concerns a woman carrying a wine glass to a man on a horse and by the end, both are trembling so hard, the wine is spilled. The change of setting from the woman walking to the man on the horse is almost operatic in its intensity. 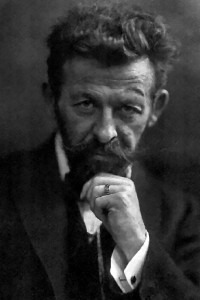 Richard Dehmel was a considerably different writer. His influence on the composers of the time, including Pfitzner, Schoenberg, Richard Strauss, Webern and others was profound. His symbolic poetry with its themes of art, body culture, beauty, and eros, combined with his expression of feelings made a perfect match with the turn-of-the-19th century composers in Vienna. He was a highly controversial poet, with his books often being censored (by having black ink overprinted on the printed poems) or burned on order of the court, even while he was acquitted of the charges.

His poem Erwartung (Anticipation) tells the simple story of a man meeting a woman at night but it is full of colour: a green pond, a red villa, the moon reflecting in water, glinting opals, and the man’s shining green eyes as he looks at the woman’s beckoning pale hand through an open window. This is not Schoenberg’s monodrama, Erwartung, which is about a woman awaiting the lover she has murdered, but a different kind of anticipation. The mood here is dark, with flashes of colour from the piano. 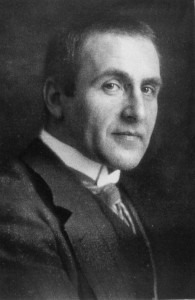 Schoenberg: Erwartung (Ellen Faull, soprano; Glenn Gould, piano)
Schoenberg’s setting of Frank Wedekind’s poem Galathea takes us to a world of desire. The poet details the beauty of Galathea and how he would kiss her cheeks, her hair, her hands, her knees and her feet, but never her mouth because it’s only a dream. Galatea was the statue who came awake because of her sculptor’s intense love for what he created. This sculptor/poet seems to want a little distance.

Schoenberg: Brettl-Lieder: No. 6. Galathea (Virpi Räisänen, mezzo-soprano; Marita Viitasalo, piano)
In addition to these little songs, Schoenberg also set two great poem sets: the Gurre-Lieder and The Book of the Hanging Gardens, which we will look at in the next article.