Composers Inspiration
“If music be the food of love, play on.”
Shakespeare and Music X – Richard III
by Janet Horvath September 18th, 2016 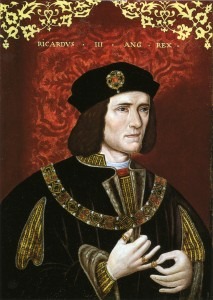 In 2012, against all odds, archeologists found the 500-year-old skeletal remains of Richard III buried under a parking lot. The controversy resurfaced surrounding Richard, the last medieval monarch of English history, the last king of the House of York and the Plantagenet dynasty. The skeleton was indeed severely deformed by scoliosis, as history and Shakespeare attest. The University of Leicester set out to discover whether Richard could have been a warrior king—someone who could ride a horse, wear armor and fight in battle. Great personalities of the past spur argument, dissension, and passion raising the question—was he the villain we remember from Shakespeare’s play? Was he framed or was he a valiant and strong leader?

William Shakespeare’s Richard III of 1592 opens with one of the most quoted phrases of all time:

Now is the winter of our discontent
Made glorious summer by this sun of York;
And all the clouds that lour’d upon our house
In the deep bosom of the ocean buried.

These lines brilliantly capture the torment of Richard, younger brother of King Edward IV, the embittered, hunchback, “deformed, unfinished, dogs bark at me…” The outcast covets the throne. Desperate to gain power and to rule after his brother’s death, Richard is willing to destroy anyone who stands in his way. The reign of terror is depicted in this, the second longest Shakespeare play, after Hamlet. Several composers were spurred to write music to Richard III. 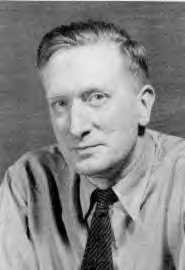 British composer Sir William Walton (1902-1983) came from modest beginnings. He was born in a mill town, the son of a choirmaster father and a vocalist mother. He studied the violin and piano, and he sang in his father’s choir, but he was largely self-taught as a composer. During Walton’s middle years his music was met with some ambivalence—his compositional style considered conservative and antiquated. Eventually he was regarded as one of the eminent British composers of the twentieth century.

Walton was fascinated by the plays of Shakespeare. He wrote several vivid and noble musical works to Shakespeare including music to As You Like It. In 1936, on the set, Walton and the famous Shakespearian actor Sir Laurence Olivier met. Their subsequent partnership led to three masterful film scores—Hamlet (1948), Henry V (1944) and Richard III (1955).

Walton was quite adept at recreating the style of nobility in his film scores. He had already written music for two coronations, the Crown Imperial March for King George VI in 1937 and Orb and Sceptre for Queen Elizabeth II in 1953.

His Richard III opens with brilliant brass fanfares, cymbals, and proud rhythms. The string writing is romantic and lush, as in Act I Scene ii. A lonely oboe depicts poignant moments. Richard gives the noblewoman, Lady Anne a ring, despite the revelation that he has murdered her husband. The mournful strings enter and become menacing as Richard and Anne kiss. 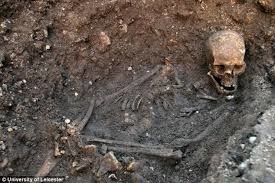 Although the suite from the film is performed periodically, Christopher Plummer and Sir Neville Marriner have been reenacting stage versions of Walton’s three film scores for today’s audiences.

Walton’s other notable works include Façade, the Violin, Viola and Cello Concertos, First Symphony, and the opera Troilus and Cressida.

Czech composer, Bedrich Smetana is considered the pioneer of the music that is closely identified with Bohemia. His best-known compositions in the Bohemian style are his opera The Bartered Bride, his string quartet From My Life, and his very popular Má Vlast a large-scale orchestral work, which includes the famous Moldau movement.

Smetana attended the 1851 performance in Prague of Richard III, the first of Shakespeare’s plays to be translated into Czech. The composer became enamored of the idea of writing a large orchestral work with literary themes. In order to learn from the master of the tone poem form he embarked on a trip to Weimar in 1857 to visit Franz Liszt who was adept at skillfully integrating text into music. Soon afterward, in 1858, Smetana wrote Richard III Op.11, his thirteen minute “Fantasia for Full Orchestra,” the first of three symphonic poems.

Smetana: Richard III
Smetana said, “It consists of a single movement [in three connected sections], in which the mood more or less follows the action of the play: the attainment of a goal after all obstacles have been surmounted, the triumph and final downfall of the hero. There is a theme in the bass representing the hero, and a second motif for his adversaries . . .” The sense of doom permeates. Smetana portrays Richard’s victims dramatically when they appear to torment the king in a terrifying nightmare sequence during the final three minutes of the piece. Tremendous cymbal crashes, tremolo in the strings, and finally a decisive tragic cello line bring the work to a close. 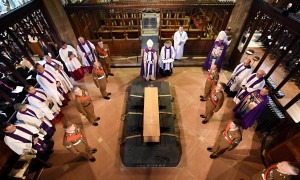 The archbishop of Canterbury leads the funeral service for Richard III at Leicester Cathedral.

Shakespeare depicts the 1485 Battle of Bosworth, which Richard III led against Henry VII, a Tudor. The victor would be king. A 15th century cleric, scholar and witness wrote: “[It is appropriate] to honor him as a noble soldier, though he was slight in body, and weak in strength, to his last breath he held himself nobly, in a defending manner, often crying that he was betrayed and saying, ‘treason, treason, treason.’”

‪Richard’s life has absorbed artists and audiences for several centuries and now he has reappeared in modern times. The trauma to Richard’s skeleton indicates to researchers that the violent injuries, which Richard endured, must have occurred once he had fallen off his horse, making him critically vulnerable. The famous line from Shakespeare: “A horse! A horse! My kingdom for a horse!” is all the more poignant.‬

Once the remains were confirmed a proper reburial took place in Leicester Cathedral in March of 2015. The outstanding British composer Judith Bingham was commissioned to write an anthem for the service, music to accompany Richard’s coffin as it was carried to the tomb. Bingham thinks Richard would have approved of the selection of a woman composer: “Richard III is known to have had books written by female saints and mystics…I came across a 13th-century book by a German saint called The Book of Ghostly Grace, which was a best-seller at the time and I took an extract from that. I also took text from a psalm about bones being broken to reference the fact that there are just these few bones left, as well as an epitaph of a knight who was actually at Bosworth.” The choral piece entitled Ghostly Grace has a contemporary feel but reflects the solemnity of the occasion.

William Shakespeare, poet, playwright, and actor, influenced an inconceivable number of artists in the 400 years since his death in 1616. His thirty-eight plays, 154 sonnets and other works, have been translated into virtually every language and have been performed more than any other author. In addition to his influence on notable writers who followed, it is said that Shakespeare has inspired 20,000 musical works. We will continue to enjoy them for decades to come.