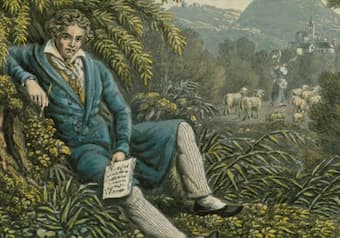 Beethoven at the Brook by Franz Hegi © Beethoven Haus Bonn

The beautiful key of F major is frequently associated with the outdoors. It is supposed to convey feelings of calm and contemplation, and depict rustic or pastoral scenes. It’s all clearly Beethoven’s fault, because his “Pastoral” symphony is written in F major. We find lovely brooks, thunderstorms and happy peasants wandering the countryside. And it is true that Beethoven did write the first major work dedicated to the natural environment. Based on Beethoven’s fantastic symphony, commentators have suggested that F major is “at once full of peace and joy, but also expresses effectively a light, passing regret—a mournful, but not a deeply sorrowful feeling. It is, moreover, available for the expression of religious sentiment.” But there is a much simpler reason why many compositions dealing with the outdoors are scored in F major. It is the home key of the English horn, the basset horn, the horn in F, the trumpet in F and the Wagner tuba. That’s a lot of instruments found in the countryside, except maybe the Wagner tuba.

Beethoven: Symphony No. 6 in F Major

Here then is my list of the best songs in F major, and we better start with Beethoven. He wrote a great many piano sonatas in that key, but I still love the environmental feel of the Pastoral symphony. It almost sounds like a cliché by now, but it’s a fabulous song in F major nevertheless. 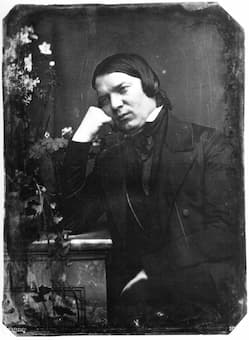 Although the Schumann piano trio in F major is not performed with great frequency, it is still one of my favorite songs in that key. Schumann said, “this trio makes a friendlier and more immediate impression on the listener.” It certainly sounds more natural from the very beginning, and there is nothing superficial in any of the parts. As one commentator wrote, “Schumann composed rather like most of us paint and decorate a house: stick with the simple, basic colors.” The beautiful thing about this F-major trio is that as a listener I am never lost. All the themes, thematic contour, moods and stylistic touches are related, and remind me all the time of the other movements. Schumann even quotes from one of his own songs, and there is delicious counterpoint everywhere. “I find it strange and remarkable,” Schumann writes, “that nearly every motif that forms in my mind lends itself to contrapuntal treatment… It just happens that way. There seems to be something basic and natural about it.” Because of that naturalness, it is one of the best songs in F major for me. 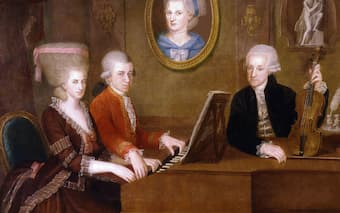 Mozart wrote many of his piano concertos for his own performances in Vienna. It was his way of generating income, since he had resigned from his official post with the Archbishop. Mozart had tried to resign from his job many times, but his formal resignations were at first not accepted. I just love the anecdote that the chief chamberlain Felix Arco finally lost his patience and gave Mozart a kick in his posterior. Whether this is true or not, Mozart was finally free to pursue his dreams of becoming a freelance artist. And the series of piano concertos represent “the greatest achievement in instrumental music… Compositions of the highest quality and originality, their artistry goes far beyond the concertos of his predecessors or his contemporaries in their scale, their thematic richness and their highly developed relationship between soloist and orchestra.” Mozart finished his F-major concerto three days before his admission to the Masonic Lodge, and this piece radiates an almost religious and joyous confidence. Mozart is the undisputed king of the piano concerto, and K. 459 is one of the best songs in F major ever. 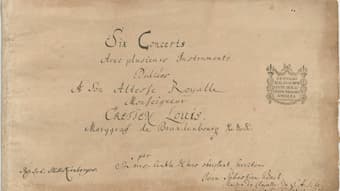 Johann Sebastian Bach never traveled far from his home in northern Germany. Well, he was pretty busy in his job, taking care of all music at the principle churches in Leipzig. As such, he had to patiently wait until a particular musical style from other parts of Europe became available at his place of work. When Bach first took the organist job at the court in Weimar, everybody was raving about the music of Antonio Vivaldi. Bach was always a willing student, and he eagerly studied and transcribed the concertos of Vivaldi. In a sense, “Bach saw music as an intellectual pursuit, while Vivaldi was primarily concerned with how the music sounded.” And when Bach started to blend these two approaches, nobody could ever go back to the old ways. In the Brandenburg Concertos, for example, Bach could have adopted the Corelli model by stringing together a number of short movements of contrasting characters. Instead, he elected to appropriate the compact and symmetrical model, including the idiomatic ritornello scheme practiced by Vivaldi. And once you add a bunch of horns and other outdoors instruments, you get one of the best songs in F major, the Brandenburg Concerto No. 1. 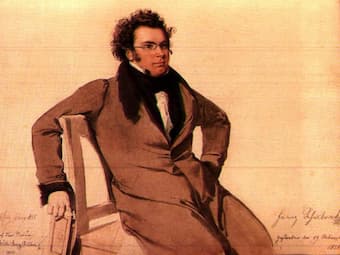 Unlike Beethoven, Franz Schubert did not write many commissioned pieces. One exception is the Octet in F major. Count Ferdinand von Troyer was an accomplished amateur clarinet player, and in 1824 he commissioned Schubert to write a companion piece to Beethoven’s popular Septet, Op. 20. Schubert was already not feeling well but he was highly enthusiastic and worked with great concentration. A friend wrote about him, “If you go and see Schubert during the day he says “Hello. How are you?” and carries on working, whereupon you leave.” Schubert does retain Beethoven’s instrumentation—violin, viola, cello, bass, clarinet, bassoon and French horn—and adds only a second violin. Schubert also keeps the six-movement format that Beethoven used, but the beauty of the melodies is pure Schubert. And even though Schubert could already feel the icy grip of death, the music is full of jolly dance tunes. As such, the Schubert Octet is one of my all-time favorite songs in the key of F major. We can find many more beautiful songs in the key of F major, but now you know some of my favorites; what is yours? Next time we look at the best songs in the spooky and grief-stricken key of D minor.