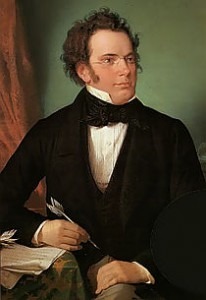 During the first decades of the 19th Century, the city of Vienna was a thrilling and highly competitive musical melting pot. Conductors, performers and composers from all parts of Europe had flocked to the city to take advantage of the rapidly expanding employment and business opportunities. And immigrant composers, such as Ludwig van Beethoven and Gioachino Rossini ferociously competed for local audiences. Vienna was crazy about Italian Opera, and Beethoven was thoroughly disgusted that the Viennese audience would revere a composer who once said “give me a laundry list, and I will set it to music.” This extremely competitive environment presented a formidable challenge for local composers, among them Franz Schubert. Yet, it also presented unique opportunities to take advantage of this wave of unprecedented musical populism. On the advice of his teacher Antonio Salieri, Schubert swiftly composed three Overtures, and his brother Ferdinand quickly attached the catchy subtitle “in the Italian style” to these compositions. Despite such blatant attempts at musical marketing, Schubert’s orchestral music bears a closer conceptual kinship to the music of Beethoven. In March 1824, Schubert writes to his friend Leopold Kupelwieser “The latest news in Vienna is that Beethoven is giving a concert, at which his new symphony, three selections from the new Mass, and a new overture are to be performed.” Since Schubert was not able to compete with Beethoven’s Ninth Symphony, the Missa Solemnis or the Consecration of the House Overture mentioned in his letter, he turned his compositional attention to the vast opportunities afforded by amateur music making in the Austrian capital.

In 1824, Count Ferdinand Troyer, an official in the household of Archduke Rudolf of Austria and a former patron of Beethoven, commissioned Schubert for a composition. Troyer was an amateur clarinetist of considerable ability, and his favorite work was Beethoven’s Septet in E-flat Major, Op. 20. Published in 1800, the Beethoven Septet became so popular that the composer wished “it had been burnt.” Apparently, Beethoven was highly irritated that his style had undergone a considerable evolution, while the musical tastes of his audiences had remained the same. In the event, Troyer stipulated that the Schubert commission should follow the Beethoven Septet as closely as possible. Schubert obliged to a remarkable extent, following Beethoven’s example not only in terms of the generally light tone of his piece but in matters of instrumentation and form as well. Schubert merely enlarged Beethoven’s ensemble by adding a second violin to enrich the string sound. Cast in the 18th century traditions of the divertimenti and serenades for small groups of winds and strings already practiced by Mozart and contemporaries, Schubert’s Octet in F major, D. 803 follows a six-movement format. The opening and concluding movements are prefaced by introductory passages in slow tempo, and the middle movements include a minuet, scherzo, lyrical andante, and theme and variations. 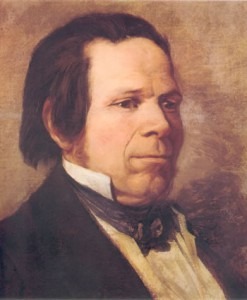 The work was first performed at Count Troyer’s apartment in the spring of 1824. The Count played the clarinet part, with the first violin taken by the highly esteemed and respected Ignaz Schuppanzigh. A longtime associate of Beethoven, Schuppanzigh was the leader of Count Razumovsky’s private string quartet that premiered a number of late Beethoven quartets. Given the technical challenges of the last three Beethoven string quartets, the musical expertise of Schuppanzigh became invaluable. Apparently, Schuppanzigh also approved of Schubert’s Octet as he arranged for a 1827 public performance in the Philharmonic Hall. A contemporary critic wrote, “The work is friendly, agreeable, and interesting…worthy of the composer’s well-known talents.” However, upon Schubert’s death in 1828, the musical tastes of Viennese audiences had once more undergone a significant change. Schubert’s music, including the Octet, were little known and seldom performed. It took the persistent advocacy of Johannes Brahms for the Schubert Octet to be finally published in 1889.

The Octet will be performed by the Minetti Quartett, Paul Meyer, Hervé Joulain, Gilbert Audin, and Alois Posch at the Schubertiade on 23 August 2015.