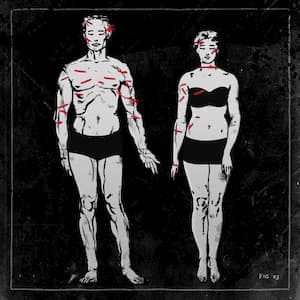 Police officals in Naples were presented with a rather gruesome scenario on 16 October 1590. The palace apartment near the Piazza San Domenico Maggiore was the scene of a horrific double murder. They found the body of Don Fabrizio Carafa, whom contemporaries described as a “model of beauty,” and one of the handsomest young men of his time. The corpse was covered with blood and pierced with multiple-stab and slash wounds, including several gunshot wounds to the head and body. The second victim was his mistress Donna Maria d’Avalos, the wife of Don Carlo Gesualdo, the Prince of Venosa. Her throat had been cut and her body riddled with wounds. 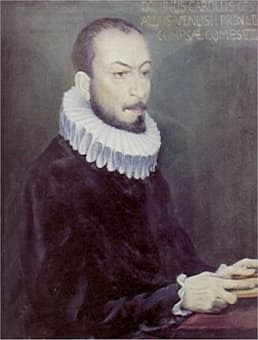 There was no doubt about the identity of the man responsible of this atrocity: Carlo Gesualdo da Venosa (1566-1613), Prince of Venosa, Count of Conza, and composer of intensely expressive madrigals. He was seen leaving the apartment with his hands dripping in blood. Apparently, he went back into the apartment saying, “I do not believe they are dead,” and inflicted more shocking violence. Donna Maria had been his young wife, Don Fabrizio her lover and the Prince, being a Prince was never persecuted for his crimes. 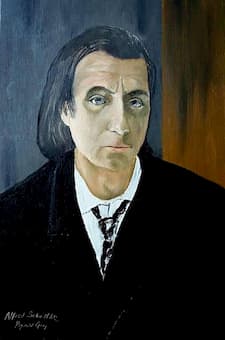 The fascination for Gesualdo’s music and his crimes have gone hand in hand, and inspired various poets, playwrights and composers. There have been no fewer than eleven operatic works on the subject of Gesualdo’s life, with Alfred Schnittke (1934-1998) premiering his Gesualdo in 1993. In his libretto, Gesualdo hopes to solve the problem of the cheating wife by staging a hunting accident. That plan fails, but the lovers are subsequently brutally killed by hired murderers. Maria’s maid had initially managed to save Maria’s child, but Gesualdo imagines that the child resembles Fabrizio, and in a psychotic frenzy seizes the baby and swings it to death. 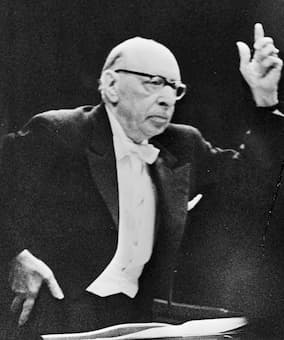 Gesualdo’s crimes are truly shocking, and so is his music. His use of a highly chromatic language was not heard again until the late 19th century, and one of his most influential fans was Igor Stravinsky (1882-1971). Stravinsky began to copy half a dozen of Gesualdo’s madrigals by hand and “delved deeper into the past, reawakening the ghost harmonies of the late Renaissance.” In 1959 he received photocopies of the partial partbooks of Gesualdo’s Sacrae Cantiones. Stravinsky reconstructed the missing parts and published three settings in 1960. The preface by Robert Craft says, “Stravinsky has not attempted reconstruction. In fact, he seems to have avoided what in some cases might appear to be the prescribed solution. What he has done is to recompose the whole from the point of view of his added parts, with a result that is not pure Gesualdo, but a fusion of the two composers.” Stravinsky complemented this publication with a composition called Monumentum pro Gesualdo in the same year. 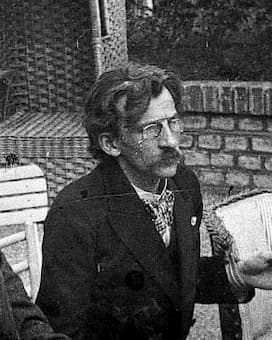 The late Renaissance composer Giovanni Pierluigi da Palestrina provided the subject and title of Hans Pfitzner’s (1869-1949) best known work. In the libretto, fashioned by the composer himself, Pfitzner artfully weaves historical figures from the Counter-reformation meetings of the Council of Trent with the legend, already current in the late sixteenth century, that in writing the Missa Papae Marcelli Palestrina had single-handedly rescued polyphonic composition from banishment by the Catholic Church, who were advocating a return to the pure music of Gregorian chant. Premiered in 1917, the opera was received enthusiastically and Thomas Mann remarked, “This is truly mentally and artistically a work of outstanding quality, something uncommonly German, from the world of Faust and Dürer…” 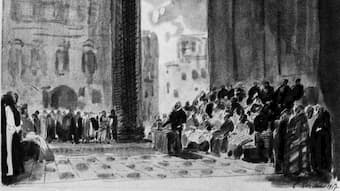 Described as “ethics in sound,” the opera celebrated stillness, mysticism and music, and presented political discourse as petty squabbling. For Pfitzner, probably the most ardently nationalistic German composer of his generation, Palestrina became a conceptual bulwark defending the German nation, its values and culture against all corrupt and degenerate influences. 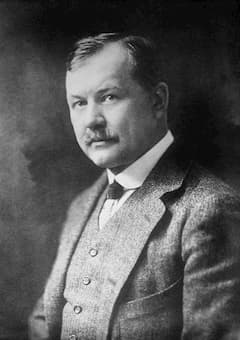 Let’s conclude this series with something a bit more light-hearted. Franz Lehár (1870-1948) premiered his operetta Paganini in Vienna on 30 October 1925. He composed the work with superstar tenor Richard Tauber in mind. Paganini (tenor) has a concert in Lucca. It is sold out, but the ruling Prince has banned it because of the violinist’s dissolute reputation. Paganini chances upon the Prince’s wife, Princess Maria Anna Elisa (soprano), sister of Napoleon, and she soon falls under his spell. By threatening to disclose her husband’s affair with the dancer Bella Giretti (soprano), she persuades her husband to allow the concert to take place. In Act II, Paganini has been detained in Lucca for a whole six months by the Princess’s charms. However, he has lost his violin in a bet with the court chamberlain Pimpinelli (buffo), who will return it only in exchange for lessons from Paganini on the art of wooing. Pimpinelli tries out Paganini’s technique on Bella with some success. By now the Princess and Paganini are deeply infatuated with each other, and she reacts emotionally when he is ordered out of town to end the scandal of their affair. However, his inability to resist any attractive woman almost proves his downfall, when he presents Bella with a love song written for the Princess. The latter nevertheless helps him to escape, and in Act 3 she follows him to an inn on the border of Lucca, where she and Bella both realize that music is his true mistress.