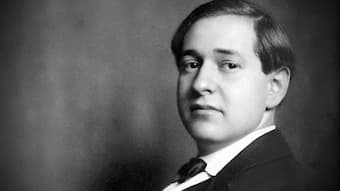 When up-and-coming pianist Paul Wittgenstein (1887-1961) returned from WWI, it was without his right arm, amputated by necessity in a Russian prison camp. He did return to a family with money and so was able to commission works that he could play with his left hand. The Wittgenstein archives are full of the sheer amount of work he did to create a new technique for the left hand that, when perfected, would leave most listeners in disbelief that this was being played by an impaired pianist.

One work he commissioned in 1930 was from Erich Korngold (1897-1957). Korngold, a child prodigy as a composer – his Second Piano Sonata, written at age 13, was played throughout Europe by no less that Artur Schnabel – took on the task. He’d already written a Piano Concerto in C sharp minor for Wittgenstein in 1923 and followed it seven years later with this Suite. Op. 23. 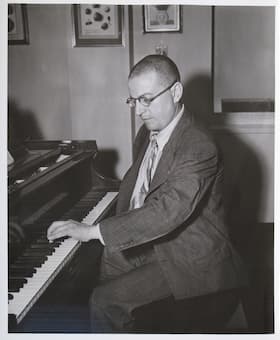 The suite as a musical form has a long history, and we’re familiar with the English and French Suites from the hand of Bach. A Baroque suite normally consisted of movements based around dance forms. In the hands of Korngold, he casts aside the Baroque trappings (remember that neo-Baroque was one of the fashions of the late 1920s) and goes for a more monumental style. This work for piano left hand, 2 violins and cello begins with a virtuosic piano solo – more like a final cadenza than an introduction or like a Baroque prelude. The following fugue is based on the most Baroque of themes: the B-A-C-H motif used by J.S. Bach himself. From there, we have a musical history tour – from the Baroque to the 20th century.


The second movement captures the heart of romantic Vienna in the waltz. But this is a 20th-century waltz, and not the waltz of Johann Strauss, but the waltz as filtered through Viennese composers such as Brahms, Mahler, Richard Strauss, and Schoenberg. Avant-garde mixes with folk-music style.


The core of the work is the third movement. Entitled ‘Grotesque,’ the work is rather like a pantomime, full of exaggeration and motion. The middle section, however, gives us a contrast in it more dream-like atmosphere.


After the frenetic motion of the third movement, the fourth movement almost seem reflective. It is based on a love song that Korngold was composing at the time, ‘Was du mir bist?’ (What are you to me?). With words or without words, the song and the movement convey a true yearning for love.


We close with another compositional miracle by Korngold: a work in rondo form that’s also a set of variations. Each instrument takes it place in the work, bringing forth the melodic elements and then stepping back to let another take its place.


In creating this work for Wittgenstein, Korngold was creating a work that was a challenge not only for the commissioner, but for the audience. In following him through time in this suite, the audience works its way forward from the Baroque suite to a baroque suite curiously styled to capture our attention and showcase the pianist.