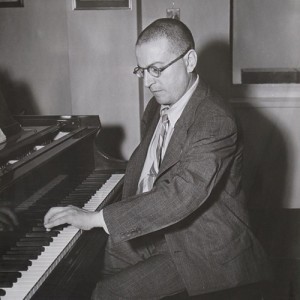 After the rousing success of his opera Die tote Stadt, Erich Wolfgang Korngold was at the height of his European fame. With a libretto by his father Julius—penned under the name of Paul Schott—the opera dominated theatrical stages and became the showpiece for Maria Jeritza. In addition, it also became the first new German opera to be performed at the New York Met since the outbreak of WW I. Erich Korngold, according to his father, had clearly proven to be “the natural successor to Gustav Mahler.” Korngold’s artistic notoriety also attracted the pianist Paul Wittgenstein, who tragically had lost his right arm during the First World War. Wittgenstein was fabulously wealthy and determined to continue his career as a left-hand piano virtuoso. In order to keep his performing career alive, Wittgenstein commissioned the leading composers of his day, including Maurice Ravel, Richard Strauss and Erich Korngold amongst numerous others to provide a designer repertory for his special abilities. 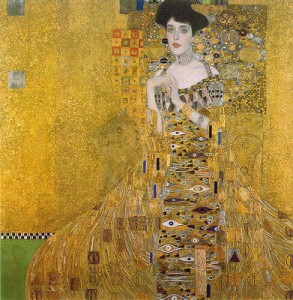 Wittgenstein’s professional career and personal musical taste were intimately connected with a historicist conception of music, virtuosity and tradition. It was based on his belief in a timeless, unchanging substance, validity and aesthetic of the musical past. This retrospective conception frequently clashed with a relativist historicism practiced by many of the composers he commissioned, and who looked at the musical past with a sense of historical consciousness; celebrating the distance between the present and the past, rather than trying to collapse it. In 1923, Wittgenstein approached Erich Korngold and asked him for a piano concerto for left hand. Korngold obliged, and although Wittgenstein intermittently did perform the finished Korngold concerto, he nevertheless found a variety of faults with both the musical and technical aspect of the work. The question for Korngold then, once Wittgenstein approached him for a second time to commission a chamber work was, how to penetrate the regressive historicist filter provided by Paul Wittgenstein’s commission without sacrificing his own compositional voice. 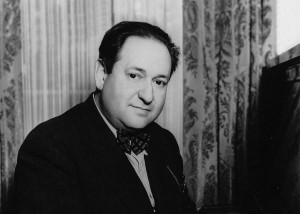 The musical answer emerged in the Suite Op. 23, which provides a nostalgic and sometimes ironic retrospective of Vienna’s musical past. Korngold is not trying to mock Wittgenstein or the audience, but rather acknowledges an unbridgeable distance between them and the musical past. By choosing to title his composition “Suite,” a genre that had happily existed in the musical past, but re-emerged as a vehicle for original contributions at the turn of the 20th century, Korngold establishes a musical and temporal frame. Furthermore, the titles given to individual movements combine in an extra-musical narrative that expands in concentric circles, a historical arch if you will, from a centrally placed movement, ambivalently termed “Grotesque.” This three dimensional musical portrait, possibly intended to represent Paul Wittgenstein himself is surrounded by a rich and distinctive veil of atmospheric Viennese musical ornament, the “Waltz” and the “Lied.” The central three movements are then projected against the historical remoteness of the “Prelude and Fugue” and the “Rondo-Variation” movements.

In his “Groteske” Korngold apparently made reference to a distinct category of French ballroom dance that migrated to the theater. Following World War I, the “Grotesque dance” assumed topical significance as it featured physically deformed dancers. In modern times, the concept embodied a new kind of beauty. That beauty, synonymous with truth, existed well below the surface of distortion. The opening “Prelude and Fugue,” recalling J.S. Bach, and the concluding “Rondo-Variations” immediately suggest a sound world that is both ancient and modern. In both movements, Korngold uses musical techniques and conventions from the remote past, in order to emphasize and highlight the musical present. There are only six documented public performances of the Suite by Wittgenstein. On one hand the pianist seemed uncomfortable with its highly complex musical style, on the other, he might have discovered something in Korngold’s positioning of history that made him somewhat uncomfortable. However, there is no doubt in my mind that the Korngold Suite is the musical equivalent and equal of the dazzling and psychologically probing paintings from Gustav Klimt’s “Golden Period.”