Media
No Pianist Left Behind: A History of Piano Pieces for the Left Hand
September 16th, 2020
Tags: instruments 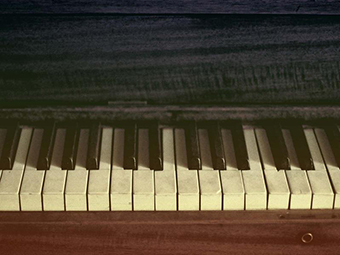 The left hand knows no justice. “Sinistra,” the Latin word for “left-handed,” meaning “wrong” or “unlucky” — an ancestor of the word “sinister” — is in part to blame for lingering perceptions that the hand, and those for whom it is dominant, deserves our disdain. The right-handed, who comprise 90% of the population, dictate how the world is built, from scissors to school desks. While the discrimination has eased in recent decades, to this day, motivated by the belief that lefties are less, left-handed children are forced into right-handedness via disciplinary measures. Research suggests they even make less than their right-handed counterparts.

Regarding the piano, at least, the left hand has received its due. Now including over 800 works, the instrument’s catalogue for the left hand alone owes its greatest debt to the Austrian pianist Paul Wittgenstein (1887–1961), whose commissions from Britten, Korngold, Ravel, Prokofiev, and other canonical composers gave this category an ample start. (The Hungarian pianist Géza Zichy, regarded as the first professional left-hand pianist, arranged and composed works, including the genre’s first concerto, but did not commission.) Full story.