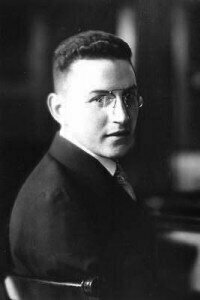 During the golden days leading up to the “war to end all wars,” the Wittgenstein family stood at the forefront of the cultured bourgeoisie in Vienna. In imitation of aristocratic mannerisms, they freely dabbled in artistic patronage, financed by the steel, banking and arms magnate Karl Wittgenstein. To Karl, his involvement in the arts became an all-consuming passion. He donated roughly 30000 US dollars towards the construction of the “Secessions” building, and in return Kurt Hoffmann designed two administrative buildings and a hunting lodge in Lower Austria. Karl’s daughter Margaret posed for Gustav Klimt in 1904, and Hoffmann and Moser designed and furnished her Berlin apartment in 1905. Yet, internal conflicts and pressures extracted a heavy toll on the Wittgenstein children. Two sons committed suicide, and Ludwig, after combating severe depression for an extended period of time, became a philosopher. And then there was Paul Wittgenstein, who went against Karl’s expressed wishes and followed his musical calling. 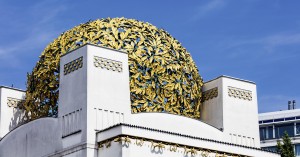 After extended family battles, Paul was finally allowed to take piano lessons with Theodore Leschetizky and Malvine Bree. And in December of 1913, he nervously stepped onto the public stage with a program that featured four virtuosic concertos in a single evening. The Brahms biographer Max Kalbeck writes in the Neues Wiener Tageblatt on 6 December 1913, “A young man from Viennese Society, who in 1913 introduced himself to the public as a piano virtuoso with a Concerto by Field, must either be a fanatical enthusiast or a very self-conscious dilettante. Now, Paul Wittgenstein, for it is of him we speak, is neither the former nor the latter, but more than both of these: He is a serious artist.” A second performance soon followed, before Wittgenstein—a lieutenant in the reserves—was called to serve the Austrian Army in WW1. During his first week on the Eastern Front, Wittgenstein was sent on reconnaissance, and promptly hit in the right elbow by a Russian sniper bullet. Taken prisoner by the Russian army and transferred to a field hospital, Wittgenstein suffered the amputation of his lower right arm. Rapidly spreading infection necessitated a second amputation—just below the right shoulder—before he was shipped to a prisoner of war camp in Siberia. 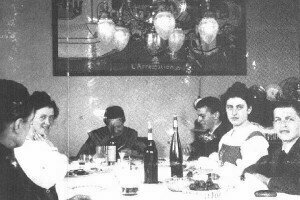 Significantly, during his Siberian interment in Omsk, Wittgenstein began to entertain and to boost the morale of his fellow prisoners by performing—for sing along purposes—left-hand arrangements of folk songs and Christmas carols. In addition, he confided in his composition teacher Joseph Labor—one of the most thought-after teachers in Vienna, who amongst others instructed Alma Schindler-Mahler and Arnold Schoenberg—that he was determined to continue his pianistic career with only one hand. In fact, Wittgenstein asked his old teacher for a concerto for the left hand, and Labor responded that “he had already started work on a piece.” After his eventual return to Vienna in 1918— initially he came back from Russia in December of 1916 when the pope arranged for the exchange of invalid prisoners, but then Wittgenstein quickly volunteered for active duty and was sent to the Italian Front as a camp-aide—he began to search for left-hand piano literature in libraries, museums and second-hand music stores. And despite commonly held misconceptions, Wittgenstein could take his pick from among several hundred compositions and arrangements expressively composed for the left hand during the 19th century.

Of the roughly 270 left-hand compositions that were extant during the time of his search, Wittgenstein found and practiced works by Alexander Dreyschock, Theodor Leschetizky, Adolfo Fumagalli, Geza Zichy, Johannes Brahms, Camille Saint-Saëns, Max Reger, Alexander Skrjabin, Alexis Hollaender and Leopold Godowsky. Not entirely satisfied, Wittgenstein went to work and produced hundreds of unique and innovative left-hand transcriptions that allowed him to gradually overcome not only the instrument, but also to transcend his physical limitations. Wittgenstein’s own transcriptions are not merely a commentary or tribute to specific composers or genres, but foremost a highly concentrated and focused effort at recapturing and conquering the repertory that he had once possessed with two hands. Undoubtedly, the loss of his right arm did result in a conscious and pronounced intensification towards a brand of virtuosity that celebrated the technical accomplishments of his special circumstances over the musical substance of the performed repertory. The greatest satisfaction in my life, he once remarked, was to “play pieces with only one hand that others could not manage with two.”

It soon became obvious, however, that Wittgenstein needed a suitable and dedicated chamber and concerto repertory to call his own. And since money was simply not an object —Karl had succumbed to cancer in January 1913 and left his enormous fortune to his children—Paul began to commission the leading composers of his day. I hope you will join me in exploring this specialist repertory in a series of upcoming articles.