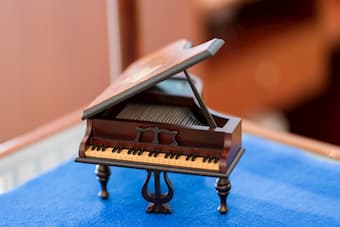 The piano sonata genre boasts some of the finest music written for the instrument, from the wit and inventiveness of Haydn or the rhetoric and forward vision of Beethoven to the passionate romanticism of Chopin and Liszt, and the modernism of Prokofiev. That composers continue to write piano sonatas is a testament to the enduring appeal of the genre, for pianists and audiences alike. 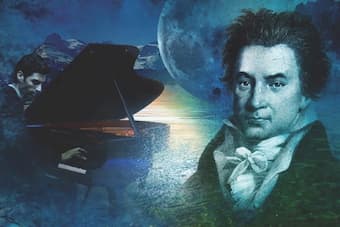 Beethoven is the undoubted master of the piano sonata genre, and his 32 sonatas not only reveal his development as a composer but also the development of the sonata itself, from the high classicism of Haydn and Mozart to the romanticism of Schubert and Liszt. No list of piano sonatas would be complete without Beethoven’s ‘Moonlight’ sonata, a work which straddles the cusp of the Classical and Romantic eras with its luminous, haunting opening movement (unusual for its slow tempo) and a finale of almost unbridled ferocity.

The most famous of Chopin’s three piano sonatas, this four-movement work was written in 1839. Its famous third movement, the Marche Funebre, was composed several years before the remainder of the work, has enjoyed countless arrangements and is performed at funerals (including Chopin’s own) around the world. This piano sonata is considered to be one of the greatest in the literature and in it Chopin cleverly synthesises figurative patterns from his Preludes and Etudes, the lyricism of the Nocturnes and the narrative arc of the Ballades. 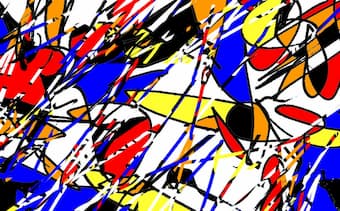 The second of Prokofiev’s three ‘War Sonatas’, the Piano Sonata No. 7 in B-flat major, Op. 83, was composed in the midst of the second world war, and premiered by Sviatoslav Richter in 1943. The first movement is anxious and suspenseful, its harsh first subject gives way to a second subject which is more reflective before a tumultuous development section. The second movement opens with a beautifully lyrical melody, but the music never really settles and its narrative gradually escalates to an impending climax. The finale, marked precipitato, is notorious amongst pianists. A furious, throbbing toccata, with a fleeting expressive episode, drives relentlessly to its unstoppable conclusion.

‘Who can do anything after Beethoven?’, Schubert asked in a letter to his friend Josef von Spaun. Schubert revered Beethoven, and his final sonata shares the same key and atmosphere as Beethoven’s ‘Archduke’ Trio in the overall serenity of the D960’s first movement.

The most beloved of Schubert’s piano sonatas, this expansive work is regarded as a “farewell” or valediction. The first two movements have a meditative ecstasy, the second movement’s minor key restraint relieved by a hymn-like middle section in warm A major. The Scherzo is as fresh and light as a mountain stream, with a Trio whose off-beat accented notes suggest a rustic dance or Ländler. The finale, in G major, combines a robustness with lyricism, and its overall character is positive and uplifting. 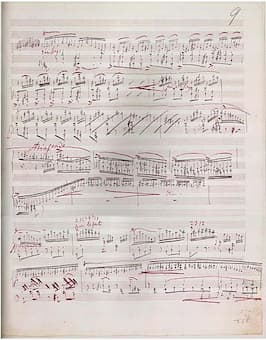 Manuscript of Liszt’s Sonata in B minor

A sonata or a fantasy? The first page of the Sonata contains three ideas from which almost the entire work is built, the descending scale providing both a break and link between the sections of the overall piece. The subject of much analysis and scrutiny, the B minor Sonata is almost 30 minutes of unbroken music, organised into four distinct sections within the structure of classic sonata form— exposition, development, and recapitulation. It’s an incredibly powerful work of great emotional breadth, and a test for any performer in its technical and artistic challenges. It requires great virtuosic command to delineate its structure and convey its expressiveness. In spite of this, it remains one of the most popular piano sonatas in the repertoire, and has been recorded many times.