Features
On This Day
28 May: Dietrich Fischer-Dieskau Was Born
by Georg Predota May 28th, 2022 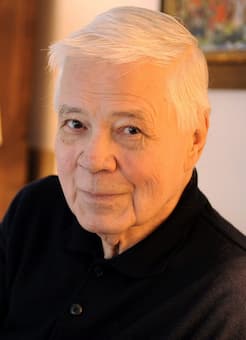 Dietrich Fischer-Dieskau, born on 28 May 1925 in Berlin, is widely considered one of the greatest singers of the century. In fact, the French press dubbed him “Le miracle Fischer-Dieskau,” and Elisabeth Schwarzkopf called him “a born god who has it all.” A musicologist writes, “No singer in our time, or probably any other has managed the range and versatility of repertory achieved by Dietrich Fischer-Dieskau. Opera, Lieder and oratorio in German, Italian or English came alike to him, yet he brought to each a precision and individuality that bespoke his perceptive insights into the idiom at hand.” He was, without doubt, one of the leading singers of his time, an artist distinguished by his full, resonant voice, cultivated taste and powerful intellect. Fischer-Dieskau made hundreds of recordings that set the modern standard for performances of lieder, and pianist Gerald Moore, who accompanied many great artists of the postwar decades, said “he had a flawless sense of rhythm and one of the most remarkable voices in history—honeyed and suavely expressive.” As an eminent critic wrote, “Providence gives to some singers a beautiful voice, to some musical artistry, to some (let us face it) neither, but to Fischer-Dieskau Providence has given both. The result is a miracle, and that is just about all there is to be said about it.” 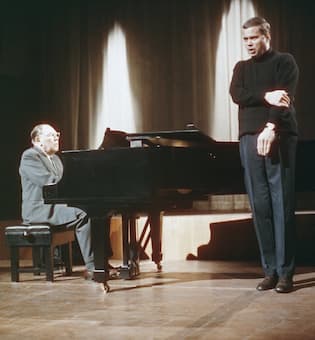 Albert Dietrich Fischer was the youngest of three sons of Albert Fischer, “a classical scholar and secondary school principal with relatively liberal ideas about education reform, and his young second wife, Theodora Klingelhoffer, a school teacher.” In 1934, Albert Fischer added the hyphenated “Dieskau” to the family name, as his mother descended from the Kammerherr von Dieskau, for whom Johann Sebastian Bach wrote the Peasant Cantata. Dietrich was a shy and private child who enjoyed singing at an early age. The family reported that he enjoyed putting on puppet shows in which he voiced all the parts. “Sometimes for an audience of one, singing to his physically and mentally disabled brother Martin.” His father died when he was 12, and after having just finished secondary school and one semester at the Berlin Conservatory, Fischer-Dieskau was drafted into the Wehrmacht during World War II in 1943. Initially he tended horses on the Russian front, and later served in Grenadier Regiment 146 of the 65th Infantry Division south of Bologna in the winter of 1944-45. Fischer-Dieskau learned that his mother had been forced to send his brother to an institution outside Berlin. “Soon,” he wrote, “the Nazis did to Martin what they always did with cases like his; they starved him to death as quickly as possible.” 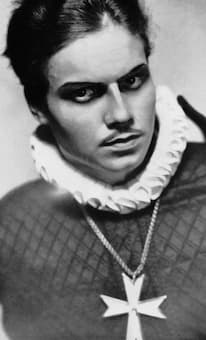 He was captured three days before the Allies accepted the German surrender, and he became a prisoner of war. Paradoxically, it turned out to be his first taste of musical stardom. He was singing lieder to homesick German soldiers, and the Americans were sending him around to entertain prisoners in other camps. “Everybody was so pleased with this arrangement that they kept him until June 1947. He was among the last Germans to be repatriated.” Fischer-Diskau returned to Berlin to further his studies at the Berlin Conservatory, but in 1947 he was called up as a last-minute substitute for an indisposed singer in Brahms’ “German Requiem.” He practically became famous overnight, and later recalled “I passed my final exam in the concert hall.” He quickly gave his first professional lieder recital in Leipzig, and sang the “Winterreise” on a Berlin Radio broadcast. Fischer-Diskau was engaged as principal lyric baritone at the Städtische Oper Berlin in 1948, and he made his debut as “Posa” in Verdi’s Don Carlos. 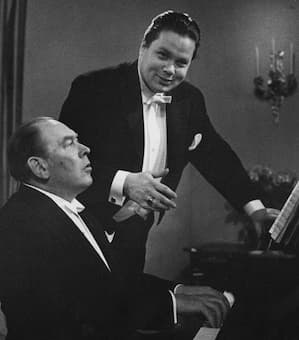 By 1949, Fischer-Diskau regularly appeared at the Vienna Staatsoper and at the Bavarian Staatsoper, Munich, and in 1952 at the Salzburg Festival. In terms of roles, he tackled everything from “Pagageno” in The Magic Flute to “Wotan” in Rheingold, and “Wolfram” in Tannhäuser. “He recorded more than three dozen operatic roles, Italian as well as German, along with oratorios, Bach cantatas and works of many modern composers, including Benjamin Britten, whose War Requiem he sang at its premiere in 1962. His operatic achievements none withstanding, Fischer-Dieskau’s greatest achievement was in lieder. “His repertory consisted of more than 1000 songs, a feat unequalled by any other singer.” 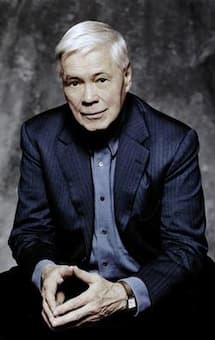 Fischer-Dieskau also dabbled in conducting, and he authored insightful and accessible books on the lives and music of great composers, including Schubert and Schumann. In addition, he was an exhibited painter, known for his intricate portraits. He retired from the operatic stage in 1978, and from giving recitals in 1993. Fisher-Dieskau set the standards of interpretations by which other performances were judged. “They were based on command of rhythm, a perfect marriage of tone and words, an almost flawless technique and an unerring ability to impart the right colour and nuance to a phrase.” As Thomas Hampson put it, “He challenged our perception and processes of how recordings could be made, explored the possibilities of modern recording and exploited the potential for the popularity of classical music – and all this while setting standards of artistic achievement, integrity, risk-taking, and of the aesthetic ideal that became our new norm.”