Composers Anecdotes
From Quartet to Orchestra to the World
Barber’s Agnus Dei
by Maureen Buja May 28th, 2022
Tags: Barber

In 1936, American composer Samuel Barber (1910-1981) composed his only string quartet. Its Molto allegro and appassionato first movement carries more than a little of the strength of Beethoven’s own first string quartet, Op. 18, No. 1. It’s the three-note motif that starts the piece that becomes the driving element of the movement.


The second movement Molto adagio, found its own way in American classical music but even when he’d first written it, the 26-year-old composer described it as a ‘Knock-out!’.


The movement proved difficult for Barber to follow and the string quartet’s premiere performance in December 1936 was as a two-movement work. It wasn’t until the following April, in a performance at the Library of Congress, that the three-movement version was performed.


That 1937 third movement, a ‘lively jig-like Allegro molto rondo’ with a slow introduction didn’t, ultimately, satisfy the composer. When he published the work in 1943, he was back to the two first movements only, rewriting the end of the second movement so it would segue directly into a return to the material of the first movement. 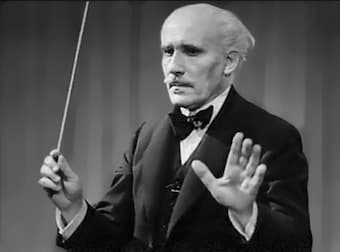 The second movement would turn out, in orchestral form, to be Barber’s best-known work, a combination of beautiful music and circumstances. In January 1938, Barber orchestrated the Adagio and sent it to Arturo Toscanini in New York.

The conductor returned the score to Barber but made no comment about it. Barber was a bit upset and then word got to him via his partner, Gian Carlo Menotti, that Toscanini had returned it because he’d already memorized and then first performance was already scheduled. In November 1938, Toscanini conducted the first performance on a radio broadcast. Toscanini took the work with him on tours in South America and Europe. The first public performance in the US before a concert audience was in 1942 at Carnegie Hall, with Eugene Ormandy leading the Philadelphia Orchestra.

The work is one of the few solemn pieces to be in the public ear. This has caused it to be used for times of national mourning in the US, starting with the radio announcement of Franklin D. Roosevelt’s death in 1945. It was also used for a national radio broadcast following the funeral of John F. Kennedy, and with those two ceremonies, its use on solemn occasions seems to be sealed. It was played at the funeral of Albert Einstein, at the commemorative concert in memory of Barber after his death, at the funeral of Princess Grace of Monaco, and in more recent times, it is played in public places after great tragedies. Most recently, it was performed on 1 May 2020 by the Berlin Philharmonic at the digital European Concert in the Berlin Philharmonie for coronavirus victims.