Blog
More Than a Double Quartet: The Joy of the String Octet
by Maureen Buja May 27th, 2022 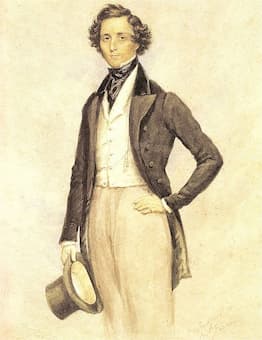 The string quartet, made up of 2 violins, viola, and a cello, was one of the great developments of musical genre. With these three instrumental sounds, an entire world of music was created. One writer compared it to four intellectuals having a conversation, but that kind of writing seems to be rare. What it’s more like are 2 brilliant violin conversationalists, their intelligent viola friend, and the silent cello in the corner who comes out with some of the most interesting things.

Felix Mendelssohn wrote his beloved string octet in 1825 and, in performance, Mendelssohn often took the second viola part. The work was written as birthday present for his teacher Eduard Reitz, who went on to found the Berlin Philharmonic Society in 1826.The first violin part is not easy, as befits a work for one’s teacher, and, overall, the work is a technical achievement in terms of both its instrumentation and how those instruments are called on to play. The work that followed this was his concert overture A Midsummer Night’s Dream and the third movement scherzo has many affinities with the work. 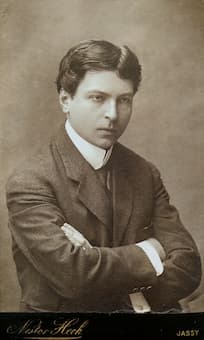 George Enescu’s 1900 String Octet in C Major, Op. 7, was one of the first works where the composer felt he’d found his musical voice. Parallels have been heard between the evocative first movement and Schoenberg’s Verklärte Nacht, even though the Enescu work predates Schoenberg’s by 2 years. While in Vienna between 1888 and 1894, Enescu had studied counterpoint and fugue with Robert Fuchs, whose pupils included the leading young in Vienna at the time: Mahler, Strauss, Wolf, Korngold, Sibelius, Schreker and Zemlinsky. Just as Verklärte Nacht is Schoenberg’s last declaration of Romanticism teetering into Modernism, so Enescu’s Octet sits in that same precarious position.

Dmitri Shostakovich’s 1925-26 string octets come as two one-movement pieces, one entitled Prelude and the other Scherzo. Works of Shostakovich’s student period, the two movements show the influences that surrounded him. The Prelude starts with a pseudo-Bach declamation along with a bit of Mussorgsky and Glière.


The following Scherzo shows us we are not in the land of Mendelssohn anymore, as one might assume from the movement title. Now the influences are closer to Prokofiev and Hindemith and the work is full of glittering and sharp dissonances. Polytonality comes to the fore and we have a string quartet that has been magnified almost by a kaleidoscope.

Going beyond the string quartet, the string octet gives composers the opportunity to expand their musical horizons while still maintaining control on a small ensemble. The availability of 4 violins gives the composer four different ways of creating a melody, with all the colours of the lower strings to assist in creating a musical image. So much more than the combinations of two string quartets, the string octet lets the composer into a new work of imagination and tonal colour.