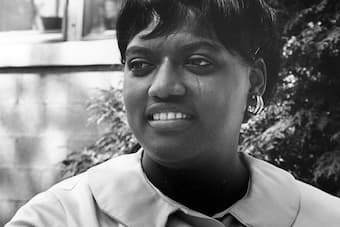 The incomparable Jessye Mae Norman was born on 15 September 1945 into the segregated American South. As she wrote in her memoirs, “I am the joy and pride of my maternal grandmother, looking out over a front yard overflowing with grandchildren. I am the steady and stern glance of my paternal grandfather, and the upbeat whistle pushing past my father’s lips as he enjoys a ride in his very first car. I am the warmth of my mother as she speaks the letters of the word Mississippi in rhythm… They all are in my DNA: their beautiful blood, rich with determination, the songs, the hope, the heartbreak, and the strength of my people, stretching back past the cocoon of my childhood home in Augusta, Georgia, beyond the most storied of concert halls, beyond the earth’s surface, beyond, even, the nurturing glow of the African sun.” Her father Silas was an insurance salesman, and her mother Janie King-Norman, a schoolteacher. Both her mother and grandmother were pianists, and her father sang in a local choir. 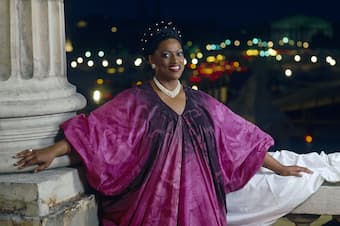 Norman remembers “that there was always music, always. When we were small children, we would visit my mother’s parents on their farm, where Grandma Mamie’s voice would fill the quiet spaces. She had songs for every time of the day… and one could tell her mood by the songs she sang or hummed… I was much too young to understand fully the depth of influence her singing had on me. Years later, my heart and, perhaps, a bit of cellular memory made clear that the songs and phrases that lived in Grandma Mamie’s breath, and the passion and emotion that flowed from her very core, had found their way into my young spirit.” Norman started singing gospel songs at Mount Calvary Baptist Church at the age of four, and she entered her first vocal composition at the age of seven. Because of a memory slip in the second stanza of the hymn “God Will Take Care of You,” she placed only third. As she later said in interviews, “I guess God has taken care of me. That was my last memory slip in public.” 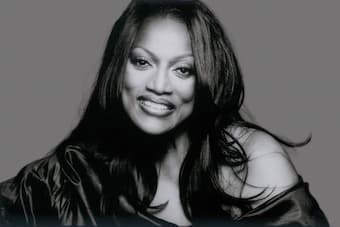 On her ninth birthday Norman was given a radio “that informed this little girl in Augusta, Georgia, of a much wider world. On my very own radio in my very own bedroom I discovered the voices of Nat “King” Cole, Ella Fitzgerald, and Dinah Washington, the music of Duke Ellington, Dizzy Gillespie, and Louis Armstrong, the Tommy Dorsey band, Sister Rosetta Tharpe, and Mahalia Jackson… My program of choice: the Saturday-afternoon broadcasts of the Metropolitan Opera. For me, opera stories were grown-up versions of stories that were familiar to me already. Duke Ellington once said, there are two kinds of music, good music and the other kind. Mozart and Beethoven and Bach wrote some of that good music. Thank goodness, too, that some of that good music was written by Rodgers and Hammerstein and George Gershwin and Ellington himself.” Norman sang her first opera aria in junior high school under the direction of the choral director Rosa Harris Sanders Creque. “When it was time to sing the aria in French in front of my middle school peers, with the school band accompanying my performance, I was excited… There was nothing but unchecked expressions of boredom on the faces of the boys, particularly the popular boys who participated in athletics. I took absolutely no notice. Mrs. Sanders was happy, my other teachers were happy, my group of pals supported me, so all was well!” 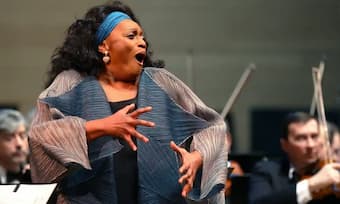 Norman also remembers the seemingly hopeless environment of hate and prejudice during the Jim Crow era. “Racism, discrimination and apartheid were hard to miss in Augusta in the 1950s and 60s,” Norman recalls. “It was written in bold block letters above the water fountains and the phone booths and the public restrooms. It was on signs above the waiting areas at the train station and the restaurants and convenience stores, too: WHITES ONLY, COLORED ONLY. The schools were segregated, as were the churches, and there was absolutely no way the message could be ignored… My parents, who were deeply involved in local civil rights efforts and were quite vocal about the inequities that Jim Crow wrought, never shied away from telling us children the truth about segregation.” When Norman heard a recording of Brahms’s Alto Rhapsody sung by Marian Anderson, the first black singer to appear at the Met in 1955, she decided “that music must be terribly important.” She took voice lessons in high school and eventually won a scholarship at Howard University in Washington, D.C. Further studies at the Peabody Conservatory and the University of Michigan brought academic qualifications, but like many other musicians at the time, her earliest successes were found in Europe. Norman was always convinced that “society will come to the understanding that racism is mindless, lacking in all the light that is within us. And despite all evidence to the contrary, I believe that one day all of humankind will embrace the fact that we started from the same basin and share a common origin.”