Features
Jessye Norman (1945-2019)
“I Am Grateful That My Horizons Were Not Narrowed at the Outset”
by Georg Predota October 7th, 2019 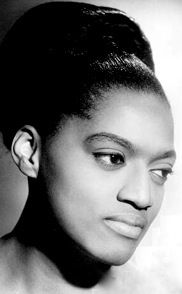 There can be no doubt that Jessye Norman (1945-2019) had one of the world’s most beautiful and powerful voices. Described as a “grand mansion of sound…that opens onto unexpected vistas,” Norman was a phenomenon that possessed a glorious rich middle and low register that “let loose sounds of shimmering magnificence.” Born into the segregated American South in 1945, Norman detailed her experiences of injustice and the misery of segregation in her memoir “Stand Up Straight and Sing!” And it was in this seemingly hopeless environment of hate and prejudice that Norman heard a recording of Brahms’ Alto Rhapsody sung by Marian Anderson, the first black singer to appear at the Met in 1955. Norman decided that “music must be terribly important,” and she took voice lessons in high school and eventually won a scholarship at Howard University in Washington, D.C. Further studies at the Peabody Conservatory and the University of Michigan brought academic qualifications, but like many other musicians at the time, her earliest successes were found in Europe. 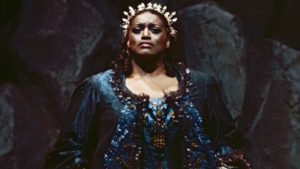 Norman won the ARD International Music Competition in Munich in 1968 and was soon offered a contract with the Deutsche Oper Berlin. She made her operatic debut as Elisabeth in Tannhäuser, with critics hailing her as having “the greatest voice since Lotte Lehmann.” Wagnerian roles suited the immense power and extended range of her voice, and she took great pride in mastering German language and diction. Yet, she was equally comfortable portraying noble and heroic characters in Italian and French opera. Her La Scala debut in 1972 featured her in the title role of Aida, and at Covent Garden she portrayed Cassandra from Les Troyens. Although she made brief appearances in America, Norman moved to London in 1975 and disappeared from the opera stage for the next five years. During her time in operatic exile, she developed into an outstanding concert soloist and solo recitalist, infusing lyrical melodies with a powerful sense of drama. 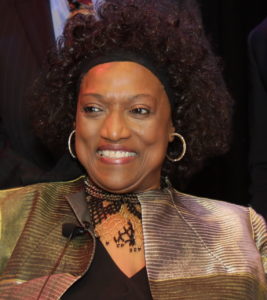 Norman returned to the operatic stage in 1980, and finally made her US debut in 1982 with the Opera Company of Philadelphia. Her Met debut did not arrive until 1983, and by that time she was “considered one of the most popular and highly regarded dramatic soprano singers in the world.” At the top of her game, Norman commanded huge fees and was invited to sing at the inauguration of Ronald Reagan, and the 60th birthday celebration of Queen Elizabeth II. She even sang the French national anthem on the Place de la Concorde in Paris to celebrate the 200th anniversary of the French Revolution in 1989. Norman produced numerous award-winning recordings and a good many of her performances were televised. She became an ambassador of music, and of regional importance to Interlude, she performed at the opening of the Hong Kong Cultural Centre. And she vastly expanded her repertoire by including Schoenberg, Poulenc, Bartók, Janáček, and Berg on her programs.

Always adventurous and eager to push boundaries, Norman increasingly explored crossover and other popular forms of music. Spirituals, gospel music and blues became part of her programs, and as an advocate of contemporary music she eared the recognition of “a once-in-a-generation singer who isn’t simply following in the footsteps of others, but is staking out her own niche in the history of singing.” But what is more, Norman became passionately involved into educational and outreach projects. For one, she established the “Jessye Norman School of the Arts” in her home state of Georgia, providing free tuition for disadvantaged children. And she curated a celebration of African-American cultural legacy in 2009. Jessye Norman died of complications from a spinal cord injury. One of the most prominent singers of the 20th century, her “opulent tone combined with a regal stage manner to produce performances full of dramatic power and unrivaled passion.”