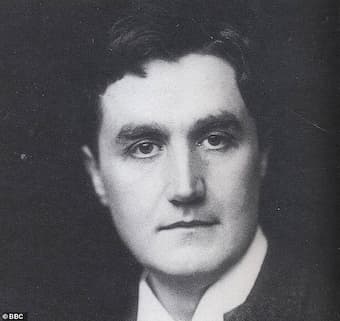 In 2020, Ralph Vaughan Williams’ ‘The Lark Ascending’ topped Classic FM’s Hall of Fame as Britain’s most favourite piece of classical music. And it’s not the first time this piece has topped a poll of listeners – in fact it’s the 10th time! – and I doubt very much it will be the last.

While many greeted this news with pleasure, others were rather less enthusiastic. “Not again!” some groaned, and suggested other rather more esoteric or less well-known pieces should have been chosen instead. Some even hinted it wasn’t really a great piece of music and that its over-exposure on stations like Classic FM has turned it into a cliché……

There’s a very good reason why The Lark Ascending is “top of the classical pops”: it’s a really beautiful piece of music, with its lyrical, twining melody which evokes both the song and flight of a skylark. It was composed in 1914 when the country was on teetering on the brink of war, and although it was not premiered until after the war, for many it has a special poignancy, the pastoral nature of the music harking back to a simpler time. 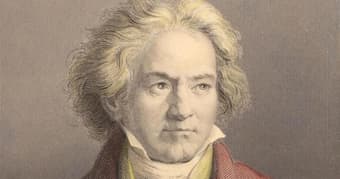 Another “pop classical” piece which regularly features in polls and “top 10” lists is Beethoven’s ‘Moonlight’ sonata, which too often is given a clichéd, lugubriously Romantic rendering of its perfectly-crafted first movement. Yet, when played well, it is an extraordinary piece of music which still sounds revolutionary today, an amazing gesture written over 200 years ago by a composer poised on the cusp of change.

There’s nothing wrong with certain pieces being more popular than others, their popularity often driven by their regular appearances in concert programmes and radio broadcasts, as well as in film and tv soundtracks and advertising. These pieces are popular not only because they are great pieces of classical music which have stood the test of time, and still sound great today, but also because they are pieces which people enjoy and really want to hear. While some musicians and concert planners may want to introduce lesser-known or more esoteric music and composers into concert programmes, it remains a truth universally acknowledged that the pop classics will draw in audiences and, crucially, sell tickets and put “bums on seats”. And in a time of coronavirus restrictions, selling tickets to at least break even, if not make a profit, is a huge preoccupation for venue managers, concert planners and the musicians themselves.

It is of course possible to programme very well-known works alongside less familiar repertoire and this is a useful way to both guarantee an audience and also introduce them to music they may not have heard before. And the juxtaposition of, for example, a very famous symphony by Tchaikovsky or Beethoven with more obscure repertoire can shine a new and interesting light on the familiar and the vice versa.