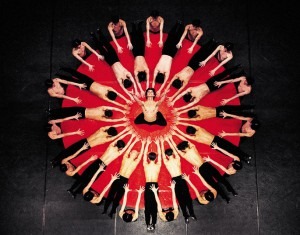 Music lovers and musicians adore the music of Frenchman Maurice Ravel. Whether it’s his moving Pavane for a Dead Princess or his more esoteric String Quartet, his colorful orchestral work La Valse or his dazzling piano concertos (one of which is for the left hand only), he was considered an innovative and inventive composer of the impressionist period along with his co-patriots Debussy and Fauré.

One of his most famous pieces is Boléro — a one-movement orchestral piece. Ravel originally composed the work as a ballet commissioned by the Russian ballerina Ida Rubinstein. Ravel decided to try something new and controversial with this piece —to use one insistent melody with a recurring incessant rhythm.

The première at the Paris Opéra in 1928 was a sensation. Choreographed by Nijinska, a gypsy dances on a table surrounded by men in an inn in Spain — a stunning and seductive theatrical experience. Choreographer Maurice Béjart’s “Bolero” is one of his most well-known and popular ballets. In 1979 he decided to have a man dance the central character surrounded by women. There is a third version consisting of all men. The impact of the work is quite different as the gender changes.

Boléro is frequently performed as an orchestral piece. Boléro’s hypnotic snare drum beat and inexorable climax never fails to bring the house down. How does Ravel achieve this with merely one melody and one continuous rhythm?

Ravel — a master of orchestral textures and effects — has each instrument and then groups of instruments introduce the melody. Subtly, Ravel builds the piece not by developing his melodic idea, or his rhythm, but by adding instruments, which builds to an incredible climax.

Boléro begins with a two-bar, 24-note beat pattern in the snare drum at an almost inaudibly quiet dynamic. Poor snare-drum player! This pattern continues throughout the entire 430 bars of the piece playing unwaveringly steady in tempo gradually reaching fff or fortississimo (or as loud as possible!) That adds up to an amazing 5,144 drum strokes. What a feat!

The expressive melody is superimposed on this rhythm and repeated, changing in character due to the quality of sound produced by the various instruments that play it.

This piece is a great way to get to know the instruments individually.

The first to enter with the melody is the flute—it’s golden tones quite recognizable. The sparse accompaniment begins with plucked strings (pizzicato) punctuating each beat of the bar. The strings play this figure virtually for the entire work!

The clarinet enters next followed by the bassoon playing the melody in quite a high register (for a bassoon.) 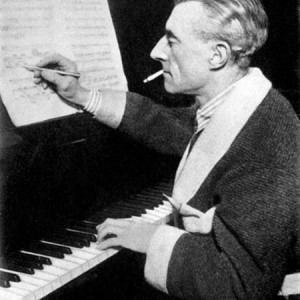 Can you guess what the next instrument is? 1. ____________ (hint: it is a high-pitched woodwind instrument, the little sister of the second instrument that played.)

An instrument rarely featured is next. Hear the sweet and unique sound of the oboe d’amore — a double reed instrument in the oboe family. Unlike the oboe, it has a pear-shaped bell at the bottom of the instrument. While it is the mezzo-soprano of the oboe family, lower and deeper than the oboe, the English horn is the alto, the largest and lowest sounding of the three instruments. It appears later in the piece.

Ravel starts intensifying the melody with the entry of the horn, two piccolos and the celeste which has a bell like quality but it is a 3. ______________instrument. Unusually enough, while the horn plays the melody in the original key, Ravel has the celeste and two piccolos play it in two different keys.

The next entry of the melody is a great opportunity to see the relative sizes of the oboe, oboe d’amore, and English horn and to hear them together.

Perhaps the wildest version of the melody is the “jazzed” up trombone rendition. At this late point in the piece the “singers” of the orchestra, the violins, finally enter with the melody. Using mainly the higher instruments, Ravel builds the suspense.

The snare drum player gets reinforcement as a second snare drum is added. Soon the entire orchestra is playing with all their might. There is a sudden surprise just before the end. Ravel aurally shocks us by switching the key briefly.

With great fanfare, the bass drum, cymbals and tam-tam enter just six bars from the end. Watch as the trombones move their instrument slides toward their faces. This raucous sound is called “glissandos” or glides. Ravel holds us captive for a moment on a dissonant and remote chord at the very end before the great finish.

When the famous Italian Maestro Arturo Toscanini conducted the work, he pushed the orchestra to accelerate to the end. Ravel was miffed. The tempo was too fast for Ravel. No one dared criticize the conducting of Maestro Toscanini! Toscanini thought that what he did “saved” the piece. But Ravel insisted, “I don’t ask for my music to be interpreted, only that it should be played.” Their exchange of letters back and forth arguing the merits of a faster tempo became a public battle of wills.

Ravel was quite perplexed by Boléro’s success. For him it was experimental and “a piece for orchestra without music.” Boléro even made it to Hollywood in the 1979 comedy “10” starring Dudley Moore, Julie Andrews and Bo Derek. It was a trend-setting film and a huge hit, catapulting Moore and Derek into stardom. Whether a woman was a “10” became the measure of a woman’s sex appeal in popular culture.

To this day, the work is always a hit. Ravel would have been surprised.

Here are some of the best Boléro performances across centuries, including Maurice Béjart’s ballet, orchestral performances with conductors.

What is your best Boléro version? Let us know.