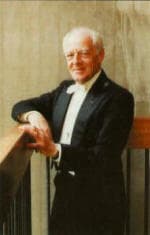 “The only other pianist” – Arturo Benedetti Michelangeli

“Recently I listened to a pianist on the radio who impressed me very much: Sergio Fiorentino, do you know him?” – Vladimir Horowitz

It takes a musical genius to be such highly commended by great pianists like Michelangeli and Horowitz – he is Sergio Fiorentino (1927-1998). Fiorentino is highly esteemed among pianophiles for his technical mastery and musical understanding, but his name has remained rather obscure outside the circle.

His career was indeed an unusual one. Born in Naples, he studied at the San Pietro Majella Conservatory under Luigi Finizio and Paolo Denza and graduated with a diploma in 1946. The 1940s and early 1950s had seen a flourishing career, but an airplane accident in 1954 brought his concert engagements to a halt. Severely injured in the accident, Fiorentino took up a teaching post at the Naples Conservatory of Music and had to re-learn some of the techniques to overcome the disabilities. He returned to a performing life after several years, actively concertising in the UK and Italy and producing recordings. Enigmatically, he later resumed his teaching activities and faded away from the concert stage until 1993, when he came back with the same uncompromising technique. In the last few years of his life, he again launched an international career and recorded extensive discography under Appian Publications & Recordings. 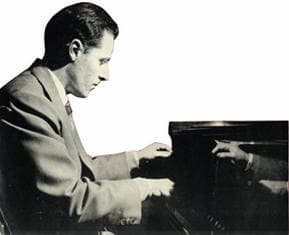 Some of his earlier recordings were issued under the pseudonym Paul Procopolis. He was unfortunately involved in the scandals revolving around Concert Artists label, alongside the infamous Joyce Hatto fraud. Fiorentino’s posthumously published recording of Chopin Mazurkas was found to contain tracks from three other albums.

Fiorentino wasn’t the kind of pianist who followed the score strictly. Instead, he remained loyal to the composers by internalising the music, extracting its meaning and displaying deep understanding with interesting ideas. His recording of Chopin Etudes is an exemplary combination of poetry, ferocious technique and creativity. For example, listen to his Chopin Etude Op. 10 No. 2 in A minor and observe how he brought out the hidden line. Liberties were taken without sounding self-indulgent (e.g. 39:00, 55:37).

Here’s a clip of Fiorentino improvising before a studio recording session. One would be captivated by the warmth of his sound right away. He was a true romantic at heart – his playing had absolute freedom, sensitivity in touch and enticing tone production. Everything came so naturally without any histrionics.

Fiorentino’s technical prowess gave his playing a sense of ease even in the midst of difficult passagework. Technique was not used merely for show off but at the service of music per se. Note the beautiful legato and inner voices in his performance of Bach’s Jesu, Joy of Man’s Desiring, which asked for fine control of the keyboard and dexterity. This justifies the saying that a great pianist would sound well even on subpar pianos by transcending the “physical” limitations.

Excelling in transcriptions as well, Fiorentino captured the essence of the original compositions and incorporated some refined pianistic writing. Take his beautiful transcription of Fauré’s Aprés un rêve as an example – its intricate emotions are simply spellbinding!

Having shunned the limelight in his lifetime, he never achieved the fame that he deserved. On a par with legendary pianists like Richter, Cortot and Gilels, Fiorentino possessed the qualities expected of a great pianist – remarkable artistry, devotion and genuine love for music. His sudden, untimely death in 1998 was undoubtedly a tremendous loss to the classical music world. Fortunately, we were blessed by the substantial amount of studio recordings and audience-made tapes by his admirers (most notably Ernst Lumpe). Fiorentino shall remain in our memory, and his artistic legacy will continue to prevail.