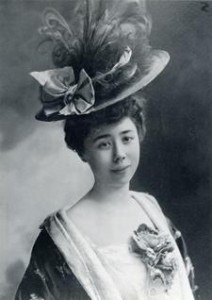 Composer Gabriel Fauré, once called Marguerite Long, “a shameless woman who uses my name to get on.” Nonetheless she became the foremost woman pianist of France during the first half of the twentieth century, performing and teaching at the Paris Conservatoire and her own studio for more than four decades.

Born in Nîmes in 1874, Marguerite Long began her studies as a child with her sister as her tutor. Continuing her lessons with Henri Fissot at the Paris Conservatoire, at the age of seventeen Long won the first prize in a competition that launched her successful international solo career. 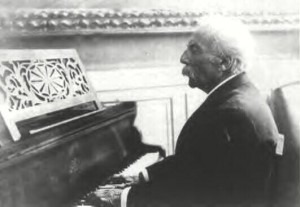 Marguerite was a leading interpreter of fellow French composers Gabriel Fauré, Maurice Ravel and Claude Debussy. She was always dedicated to teaching and began instructing the piano students in the preparatory division at the Paris Conservatoire in 1906. As her career developed, confident in the recognition she received as the premier exponent of Fauré’s piano works, once Fauré was appointed as the director of the Conservatoire, she asked to be promoted. This caused the aforementioned rift between them. Disagreements aside, Fauré agreed to officially offer her the title of full professor at the Conservatoire in 1920. During the following two decades of teaching, Long influenced countless gifted young pianists.

The First World War intervened, tragically affecting many of the composers and artists with whom she worked. Long’s husband, Joseph de Marliave, was killed in action in August 1914. Between 1914 and 1917 Maurice Ravel composed Le Tombeau de Couperin—a six-movement suite in the Baroque style, dedicating each movement to the memory of friends who had died fighting. Ravel dedicated the last section, the Toccata, to Marliave. The first performances of the work took place in 1919, Marguerite Long at the piano. 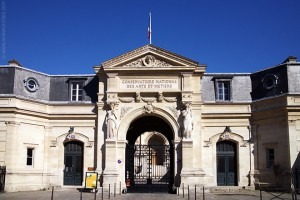 Claude Debussy was also dispirited by the war. Although he was seriously ill at the time, he composed his set of 12 Etudes for solo piano, one of his last masterworks. Debussy described these very difficult pieces as “a warning to pianists not to take up the musical profession unless they have remarkable hands.” After the premiere of two of the Etudes, given by Long, Debussy indicated in a letter that he was pleased with the reception the works received in 1917, ”Mme. Long’s fingers seemed to have multiplied.”

Rumor has it that Ms. Long was “pushy and demanding.” Perhaps this was the perception of a woman performer who had already voiced an interest in having Ravel write a new work for her. Ravel had begun to compose his Concerto in G in 1929 as a vehicle for himself but his own solo career and the composition of another piano work, the Concerto for the Left Hand, intervened. Pianist Paul Wittgenstein, who commissioned the latter work, also had to serve in the army in 1914. During the assault on Russian Poland, Wittgenstein was wounded and taken prisoner. Russian surgeons with scant resources amputated his right arm. After the war, “Determined upon the plan of training myself to become a one-armed pianist, at least to attempt it,” he began to practice seven hours a day and ultimately commissioned several composers to write works for him for left hand alone including Ravel. 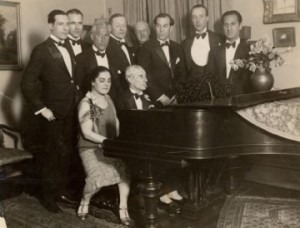 By the time Ravel had completed the Concerto in G he was plagued by the illness, which eventually took his life. He asked Long to premiere the Concerto in G and dedicated the work to her. But Long didn’t have much preparation time! She received the score of the concerto in November of 1931, and performed it on January 14, 1932, with Ravel conducting. The premiere was a big success. Parisians loved the jazz idioms and harmonies that infused this work. The concerto continued to be enthusiastically well received during a tour of twenty cities throughout Europe.

In April 1932, Long recorded the concerto under the composer’s “ruthless” supervision and since Ravel was displeased with changes that Wittgenstein tried to make in the solo part of the Left-Hand Concerto, she also introduced this piece to Parisian audiences. 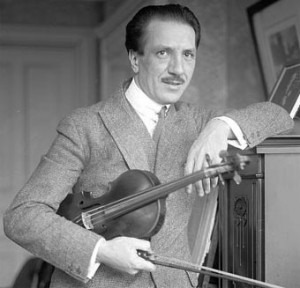 Long performed and recorded a wide variety of piano repertoire—music of Mozart, Beethoven, Milhaud and Chopin and she played chamber music forming a duo with the world-renown French violinist Jacques Thibaud. (He was another musician who had to rebuild his technique after being injured in World War I.) Long and Thibaud performed with other excellent French performers such as cellist Pierre Fournier.

In 1943 Long and Thibaud founded the Marguerite Long-Jacques Thibaud International Competition for Violinists and Pianists. The competition takes place every year to this day despite Thibaud’s tragic death in 1953 in an airplane crash. (41 people perished and Thibaud’s 1720 Stradivarius violin was lost as well.)

In 2011, the competition was expanded to include singers and re-named the Long-Thibaud-Crespin Competition in recognition of French soprano, opera star Regine Crespin.

Marguerite Long continued to record and concertize and until her death in 1966, at age 91, Long devoted herself completely to the contest. Notable winners include Paul Badura-Skoda, Jean-Phillipe Collard, Philippe Entremont, Vladimir Spivakov, György Pauk and many others. This year in October the competition is slated for piano.

Fortunately for piano lovers there are several recordings still available so we can hear her exquisite playing. One of my favorites is her performance of the Chopin’s Scherzo.